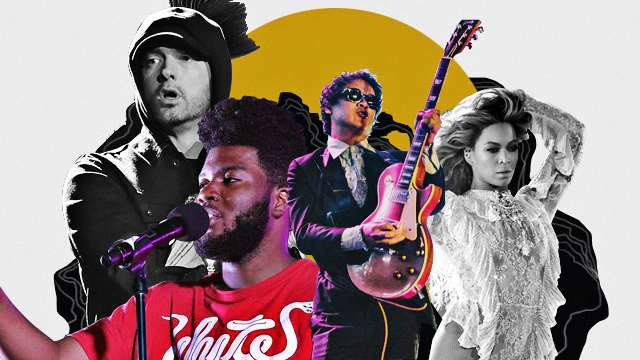 10 New Songs to Add to Your Playlist This January

Rapper Eminem enlisted the help of Queen Bey for "Walk on Water," the newest single off his Revival album. Beyoncé soulfully croons in between aggressive, self-deprecating verses in this rap ballad. While the track never seems to peak anywhere, Bey's angelic vocals in that unforgettable hook will do just fine to satisfy your ears.

Ely Buendia's first solo single in seven years gets music video treatment. "Gabi Man May Araw Din" is a strong reminder (not that we need one) of Buendia's music supremacy. The pensive pop rock track sweeps listeners off their feet with thoughtful songwriting, memorable hooks, and awe-inspiring instrumentation.

Song: "When You Die"

Indulge in MGMT's psychedelic sound in an equally trippy music video for "When You Die." The second single from the group's upcoming album manages to remain replay-able despite its grim theme. The track is another step into darker territories for the band.

Autotelic's "Mapa" is all you need to turn a bad day around. The LSS-inducing and danceable pop single features a bubbly throwback sound and an even more retro music video. Add this to your list of feel-good tunes, stat!

The music video for Katy Perry's "Hey Hey Hey" was recently released, and it's as outrageous and excessive as the teasers suggest. The pop single is not a hit at first listen, but it contains an empowering message—something the singer has been known to do with her music.

Song: "Caught Me At The Worst Time"

Rejoice because indie rock band Ciudad is out with a new single. "Caught Me At The Worst Time" contrasts somber lyrics with catchy melodies. Watch for the instrumental; you’ll be sure to catch the nerdy rock bug.

The Neighbourhood's "Scary Love" is an infectious electronic pop creation. It sounds fittingly eerie with a touch of new wave and vintage drum machine beats. The vocals blend with the atmospheric sound, and the track is overall groovy.

Fun fact: The band's new EP, To Imagine, comes out this month.

Orange & Lemons is back with a dreamy single. "Lovers Go, Lovers Come" features soothing vocals against a rich, guitar-led pop arrangement. Keep this tune handy for those days you just want to chill.

Two of 2017's biggest hits are given a fresh sound in this ultracool mash-up. "American Teen" singer Khalid teamed up with alt-rock band Imagine Dragons to produce this electro-laced medley, which pretty much caps a smashing year for both acts.

Rock band Kamikazee closed 2017 with the release of "Agimat." Listen to it if you're in the mood for some good old, unapologetic local rock sound. Aside from the kickass guitars and drums, the songwriting is something to admire, too.

10 Tunes New Music Playlist January 2018 Music
Your Guide to Thriving in This Strange New World
Staying
In? What to watch, what to eat, and where to shop from home
OR
Heading
Out? What you need to know to stay safe when heading out