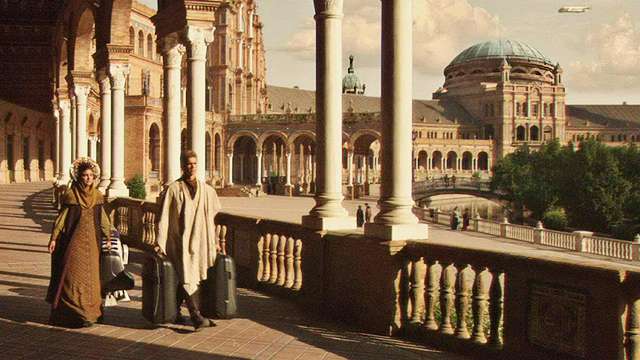 10 Beautiful Places From Movies That You Can Actually Visit

Live out your fictional dreams!

(SPOT.ph) It’s hard to believe that some of the places you see on the big screen are places you can actually go to, especially if it’s a movie set in outer space or in a fictional universe where elves, mutants, or aliens exist. While a lot of it has to do with CGI, it’s still pretty cool to see the places where your favorite characters lived or at least, spent most of their time. We list down 10 cool places sites around the world that also served as the filming locations of some of your favorite movies. 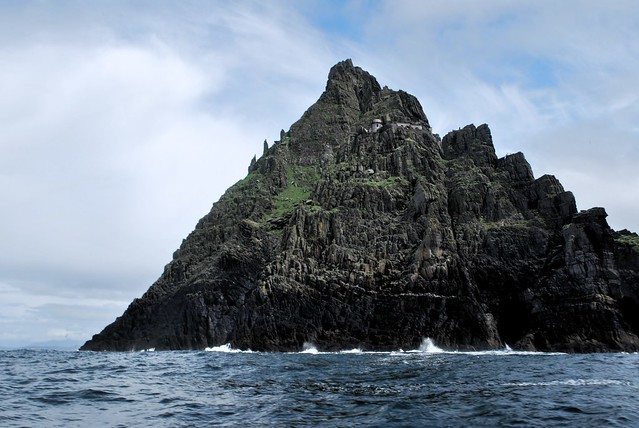 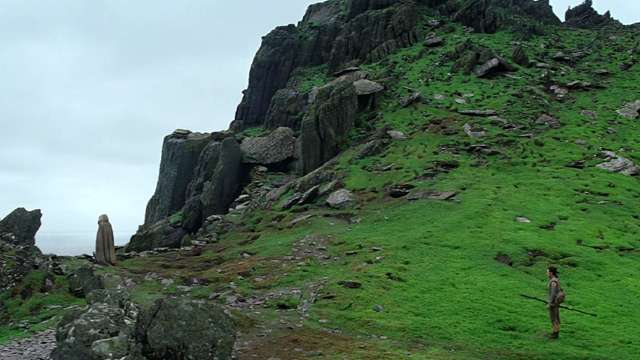 Located in: Skellig Michael in Ireland

The eighth installment of Star Wars saw Luke Skywalker (Mark Hamill) retreating to the island-planet of Ahch-To, which is where the Jedi Order was founded. It houses (well, used to house) the ancient Jedi texts. This is where Rey (Daisy Ridley) eventually finds him and tries to convince him to join the efforts of the Resistance against the forces of the First Order. While the island is one of many in the Star Wars Universe, it’s actually composed of two islands in Ireland, called Skellig Michael. The monasteries built on the island went on to become Luke’s makeshift home in the movie (which is why the caretakers resembled nuns!). 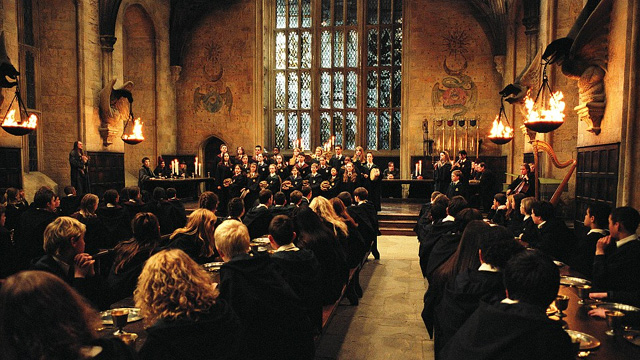 The Great Hall in Hogwarts from the Harry Potter film series

Undoubtedly one of the most famous schools in movie history would have to be the Hogwarts School of Witchcraft and Wizardry. After seven books and eight movies, how can it not be? It’s where Tom Riddle basically grew up to be He-Who-Must-Not-Be-Named (Ralph Fiennes) but it’s also where Harry Potter (Daniel Radcliffe) lived up to become the Chosen One. While there were a lot of backdrops for the huge school, the Great Hall and the staircases leading to the dormitories were modeled after Christ Church College in Oxford, Britain. 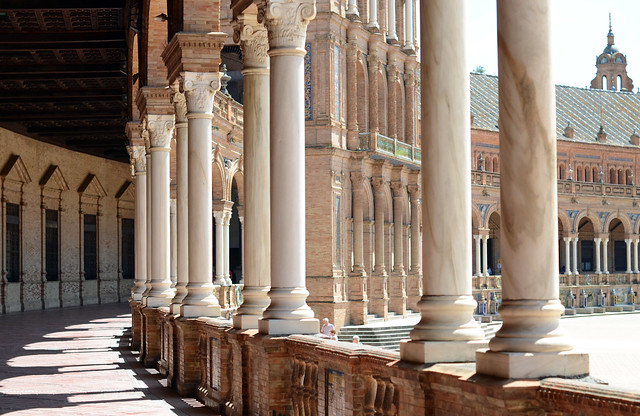 Before you roll your eyes at Jar Jar Binks’ home planet, you have to remember that his fellow Gungans eventually worked with Padmé Amidala (Natalie Portman). The planet has landscapes filled with swamps and lush greenery, but the classical architecture in its cities made the planet even more beautiful.The beautiful arches of Plaza de Espana in Seville, Spain, serve as the background while Padme and Anakin Skywalker (Hayden Christensen) take a walk with R2-D2 before entering the Theed Royal Palace. 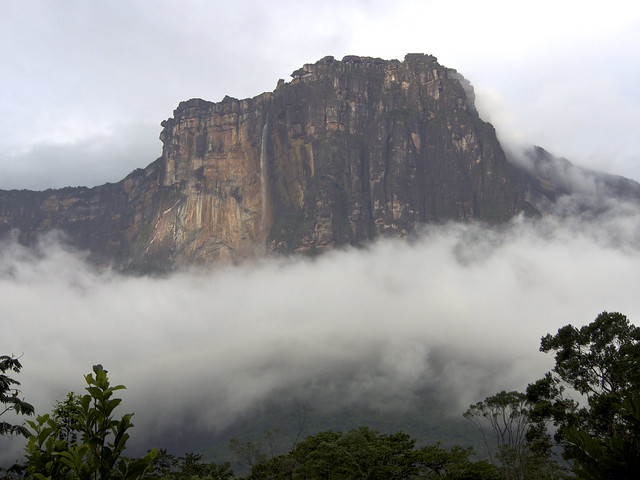 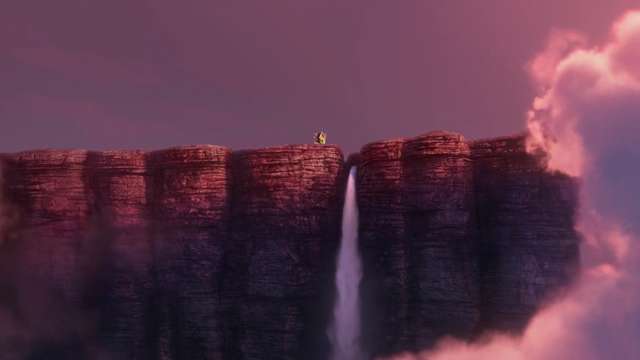 Located in: Angel Falls in Venezuela

You might think that just because balloons can’t make houses fly and that dogs can’t talk, you can’t actually visit Paradise Falls from Up. But it’s such a picturesque place that Carl and Ellie Fredricksen made it their life’s goal to visit the famous waterfall. The creators of the movie traveled all the way to Angel Falls, Venezuela’s highest waterfall surrounded by flat and wide mountains, just so they could see for themselves what would be worth traveling around the world for. 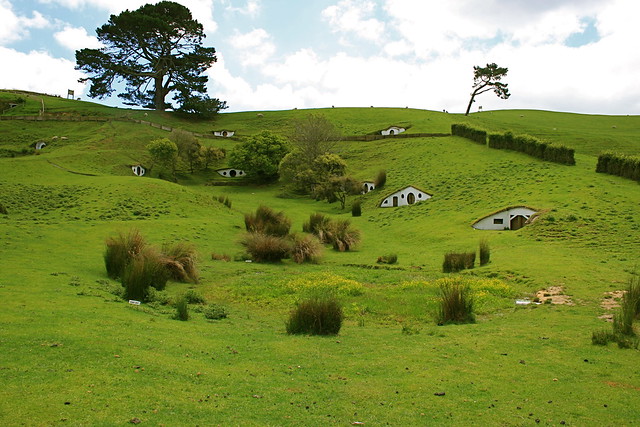 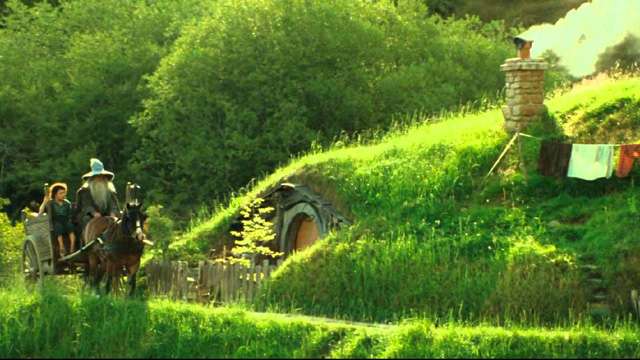 The Shire from Lord of The Rings

Located in: Matamata in New Zealand

What would Lord of the Rings be without Middle-earth’s The Shire? In the movies, no full-sized men are allowed to enter the land of the small Hobbits. But in real life, you can visit the lush greenery in the town of Matamata, located in North island, New Zealand. Maybe when you visit, you’ll be just as removed from the world as the Hobbits are. 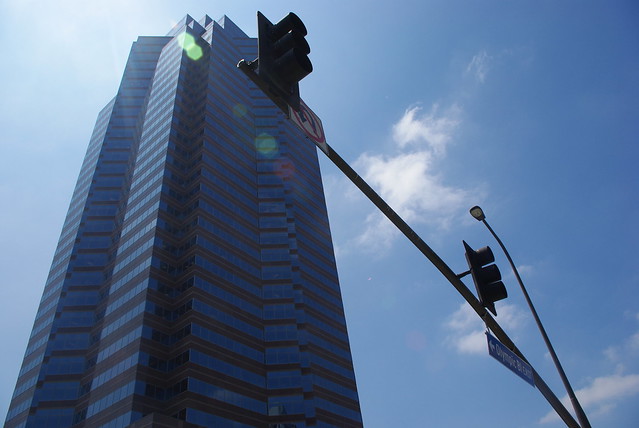 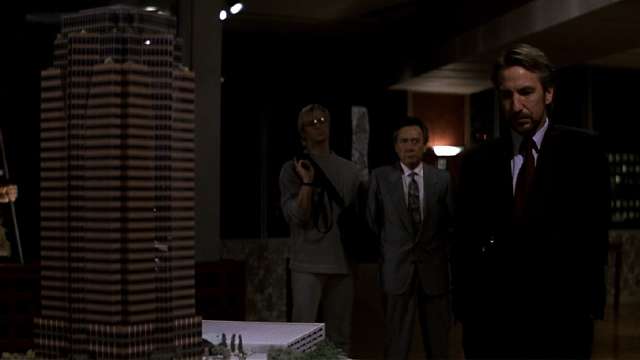 In probably one of the most badass Christmas movies, Hans Gruber (Alan Rickman) took hostages at the Nakatomi Plaza, where employees were having parties. He planned on killing the employees so he could get away with stealing U.S. $640 million from the building’s vault. The building, actually the Fox Plaza and the headquarters of 20th Century Fox in Los Angeles, California, became the setting of the action-packed scenes. 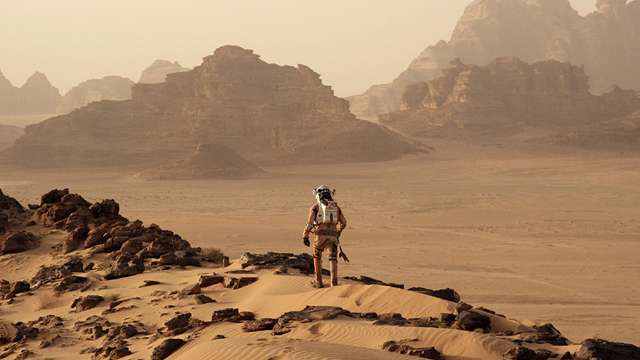 Located in: Wadi Rum in Jordan

We’re still probably decades away from stepping foot on Mars, but you can visit what Mars would probably look like. Well, at least according to The Martian. The red-brown sand that seemed neverending was the perfect place for Mark Watney (Matt Damon) to look as isolated as possible, since he was left behind by his mission crew after being thought dead. Fun fact: Wadi Rum is also known as Valley of the Moon, so it must really be out of this world. 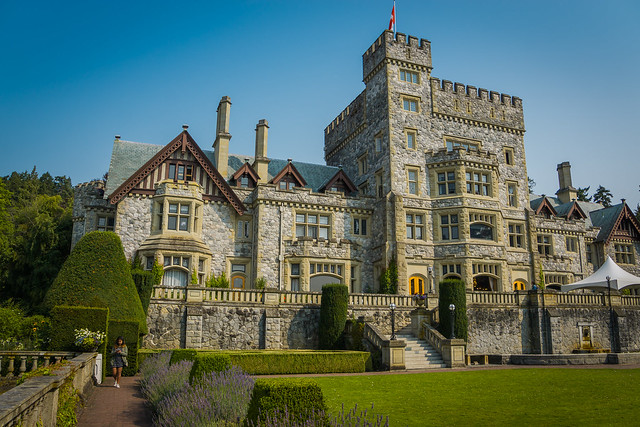 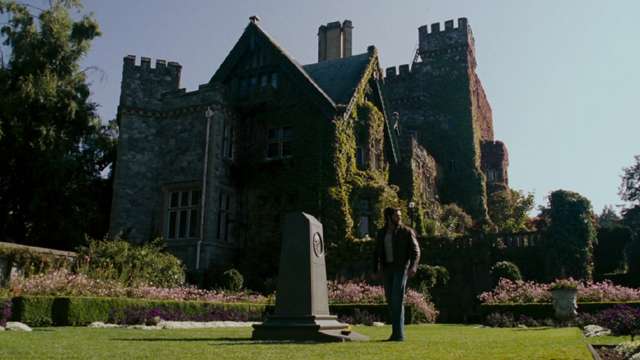 Xavier’s School for Gifted Youngsters a.k.a. X-Mansion from the X-Men film series

A place can only be blown up so many times in a movie before it’s rebuilt again. That limit does not exist for Xavier’s School for the Gifted Youngsters from the X-Men franchise, especially when you have a bunch of mutant kids with superpowers they can’t control around the house. Charles Xavier (James McAvoy and Patrick Stewart) a.k.a. Professor X turned his family home into a place where young mutants can learn more about their powers. The building, which exploded a couple of times in the movies, is actually a National Historic Site called Hatley Castle in British Columbia, Canada. 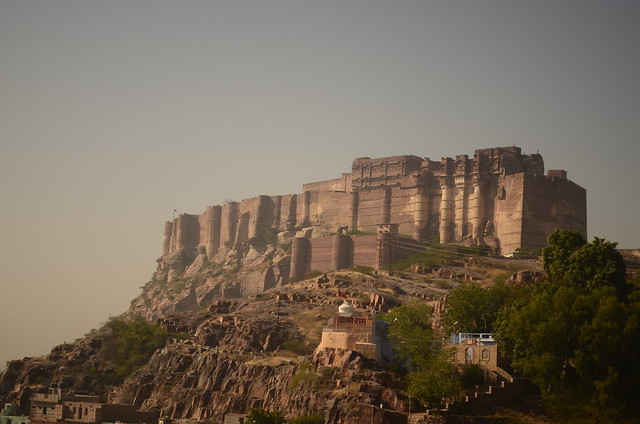 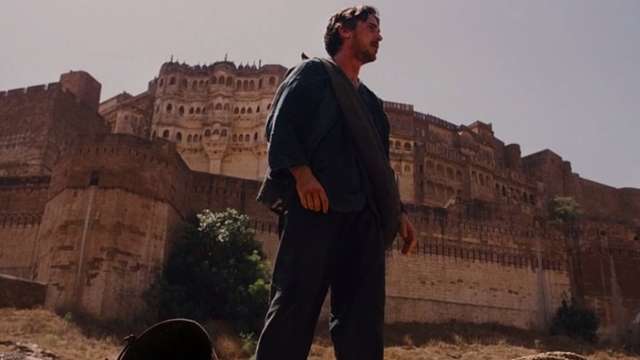 Prison breaks rarely get as difficult as when Christian Bale’s Batman had to escape The Pit a.k.a. “the worst hell on earth” in The Dark Knight Rises. He was left injured in the underground prison by Bane (Tom Hardy), who lived in the prison his entire life. When Bruce Wayne finally escapes, he is greeted by a view of the Mehrangarh Fort in Jodhpur, India. 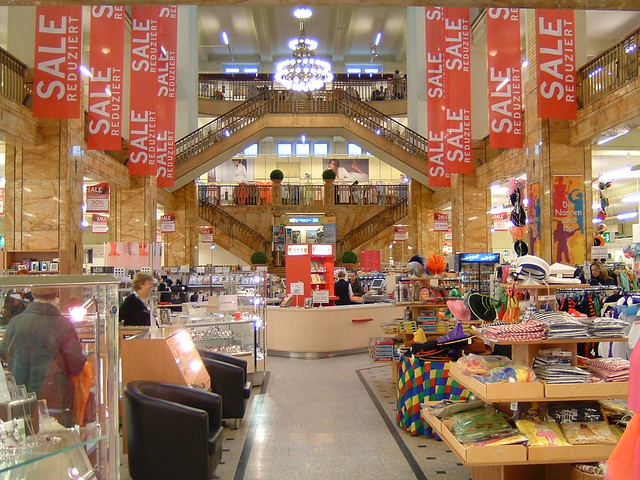 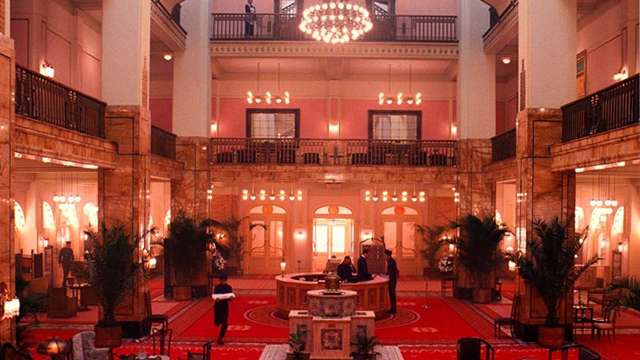 The eponymous hotel from The Grand Budapest Hotel (2014)

The affluent guests of the Grand Budapest Hotel head to the hotel perched on top of a mountain for its exceptional service (and a little bit on the side from its concierge, M. Gustave played by Ralph Fiennes). All the guests have their favorite hangout spots, but it's the large lobby that will tell you just how grand the hotel is. That’s why it’s so hard to bbelieve the the super-symmetric and pink Grand Budapest Hotel is actually a grand department store. The Görlitz Warenhaus Department Store in Germany was set to be demolished (just like the hotel in the movie!) but it was saved when the shooting for the film began and is now being restored.

The Grand Budapest Hotel The Dark Knight Rises Die Hard The Martian Lord Of The Rings Harry Potter X-men Star Wars Up
Your Guide to Thriving in This Strange New World
Staying
In? What to watch, what to eat, and where to shop from home
OR
Heading
Out? What you need to know to stay safe when heading out