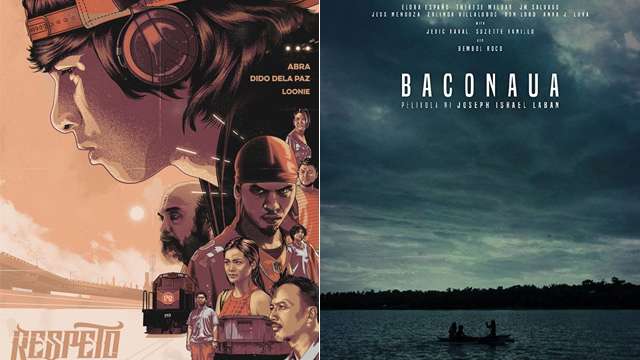 (SPOT.ph) Cinemalaya 2018 is still a few months away but the movie entries from Cinemalaya 2017 are still making the rounds. It's time for you to head out with your movie buddies because the films from the festival will be screening at the U.P. Cine Adarna until January 30. 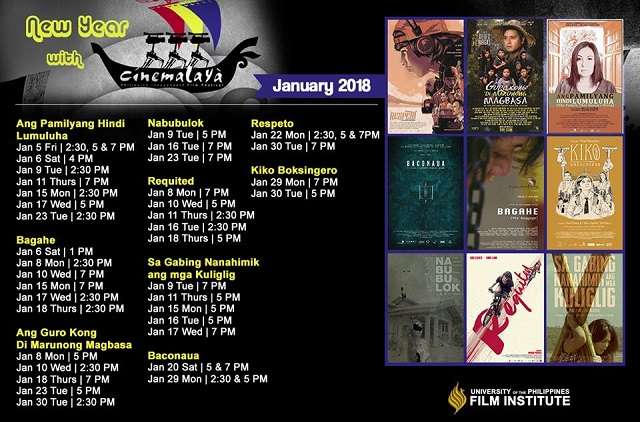 Here are some of the movies you can watch for only P150 each:

Though he’s still haunted by his past life of crime, Hendrix (Abra) is still pursuing his dream of becoming a hip-hop artist and eventually becomes good friends with a poet (Dido de la Paz) who makes an impact on his life. Respeto won “Best Film” at the festival.

The residents of a coastal village wake up to the sea filled with floating apples. They urge Divia (Elora Espano) to perform rituals to appease the sea monster, but she has to decide whether to declare her missing father dead. Baconaua won “Best Cinematography,” “Best Director,” and the Special Jury Prize during its festival run.

Locals believe that “the family that doesn’t weep” has the power to bring back loved ones. This is why Cora (Sharon Cuneta) puts all her effort into looking for them in an attempt to bring her estranged husband, son, and daughter back.

Still grieving after the death of his mother, Kiko (Noel Comia Jr.) sets off to make amends with his estranged father, who used to be a boxer. Though they have a complicated past, their love for boxing gives them a reason to bond.

Luna (Sue Prado) goes missing and the investigation of her disappearance is told through the film’s different characters. Her cousin Ingrid (Gina Alajar) feels that Luna's American husband might have something to do with it.

Baconaua Respeto Cinemalaya 2017 Cine Adarna
Your Guide to Thriving in This Strange New World
Staying
In? What to watch, what to eat, and where to shop from home
OR
Heading
Out? What you need to know to stay safe when heading out