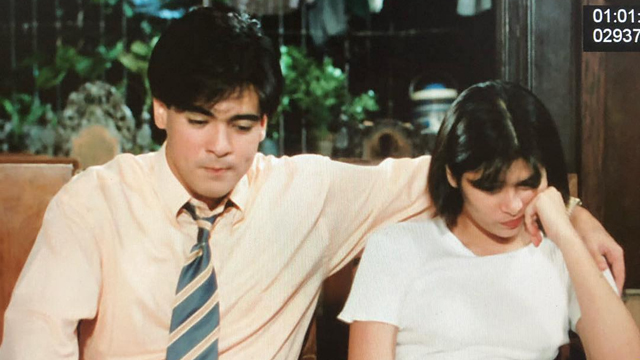 LOOK: May Minamahal Starring Aga Muhlach and Aiko Melendez Is Set to Premiere Again After 25 Years

Thanks to digital restoration.

(SPOT.ph) There’s a lot that goes into preserving films through digital restoration. From keeping their storage facility climate-controlled (for as low as 10 ºC) to editing the defects of a two-hour film literally frame by frame, restoring films is a massive effort that takes time (not to mention a sizeable budget).

One of the films currently being restored by ABS-CBN Film Restoration and Archives is May Minamahal, which was directed by Joey Javier Reyes (Kasal, Kasali, Kasalo, Kutob, Batang PX). An entry to the 1993 Metro Manila Film Festival, the movie starring Aga Muhlach and Aiko Melendez won nine awards, including "Second Best Film," "Best Actor," "Best Story," and "Best Screenplay."

The film revolves around Carlitos (Muhlach), who finds himself falling in love with Monica (Melendez). With the death of his father, he is now the only man in the family and has to choose between Monica and his family. The success of the film eventually led to a teleserye spinoff starring Anne Curtis and Oyo Boy Sotto.

In January 16, Leo Katigbak, head of ABS-CBN Film Restoration and Archives, shared photos of the restoration efforts in a series of Instagram posts. He reveals that it was "previously thought unrestorable" because there were a lot of problems with the material. Calling it one of the Reyes’ best works, Katigbak showed a preview of the work-in-progress, which includes shots of the film’s other actors including Claudine Barretto, Agot Isidro, and Ronaldo Valdez.

Reyes himself also posted a photo of the restored version, adding that the restoration is in celebration of the film's 25th anniversary. "Proud to be part of the movie that brought the ROM to the COM in Philippine movies," he shares in his caption. Sharing Reyes' photo, Melendez also reveals that a premiere of the digitally restored version is in the works.

Joey Javier Reyes May Minamahal Film Restoration Aga Muhlach
Your Guide to Thriving in This Strange New World
Staying
In? What to watch, what to eat, and where to shop from home
OR
Heading
Out? What you need to know to stay safe when heading out