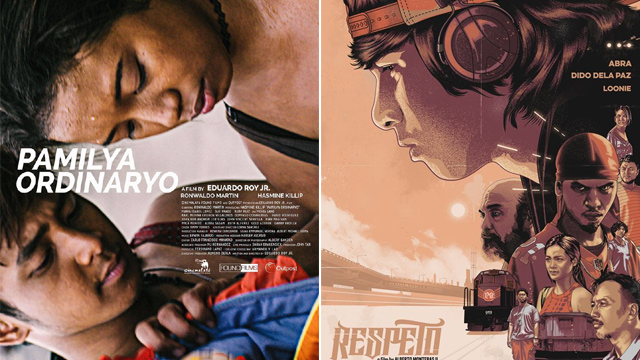 (SPOT.ph) Another year may have already gone by, but that doesn’t mean you won’t be able to watch some of your favorite indie flicks from the past few years. You can still watch them at Cinematheque Centre Manila because they'll be screening Respeto, Pamilya Ordinaryo, and Sakaling Hindi Makarating until January 28.

The best part is, you can catch the screenings for only P100 each, which means it's time to have a marathon with all your movie buddies!

Respeto, which won Best Film at Cinemalaya 2017, revolves around Hendrix (Abra) trying to get past his life of crime while pursuing his dreams of becoming a hiphop artist.

The film that won the same award during the festival's run in 2016, Pamilya Ordinaryo, will also be showing. The drama directed by Eduardo Roy Jr. is about two teenage parents living on the streets of Manila, looking for their kidnapped baby. It also won Best Direction, Best Performance of an Actress, Best Editing, and the NETPAC Award.

Also part of the screening is Sakaling Hindi Makarating, which stars Alessandra de Rossi as Cielo, a woman who starts receiving postcards from an anonymous sender after she breaks up with her fiancé. In an effort to find the sender, she travels to the places seen in the postcards.

Respeto Pamilya Ordinaryo Cinematheque Centre Manila Sakaling Hindi Makarating
Your Guide to Thriving in This Strange New World
Staying
In? What to watch, what to eat, and where to shop from home
OR
Heading
Out? What you need to know to stay safe when heading out