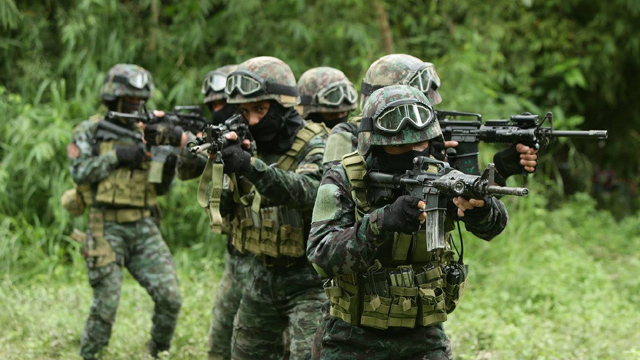 WATCH: This Documentary Features Never-Before-Seen Footage of the SAF 44

(SPOT.ph) It’s been three years since the country first mourned the 44 members of the Philippine National Police’s Special Action Force. They were assigned to carry out Oplan Exodus, which aimed to take out Marwan, a terrorist included in the FBI’s most wanted. They succeeded, but as we all know, it came at a price.

Their heroic story is told in a harrowing documentary-film called Fallen Not Forgotten: The Untold Story of the Gallant SAF 44. Through interviews and footage of the fight that have never been seen before, the film tells the story of battle that the 44 men faced, along with reenactments of what happened.

The film is directed by Sally Jo Bellosillo, who also helmed the documentaries Laban: The Meaning of EDSA Revolution and Haiyan: After the Megastorm. In a report by Interaksyon, she shares that it’s important to tell the story of these seemingly ordinary heroes. “It was an opportunity to open the eyes of our youth and help them build criteria for choosing the best leaders for our country. And what better way to show it than showing how a small band of men overcome incredible odds?" She also compares them to heroes from the movies. "[They're] just like Luke Skywalker in Star Wars or Diana Prince in Wonder Woman—except this time it’s for real.”

Fallen Not Forgotten Documentary
Your Guide to Thriving in This Strange New World
Staying
In? What to watch, what to eat, and where to shop from home
OR
Heading
Out? What you need to know to stay safe when heading out