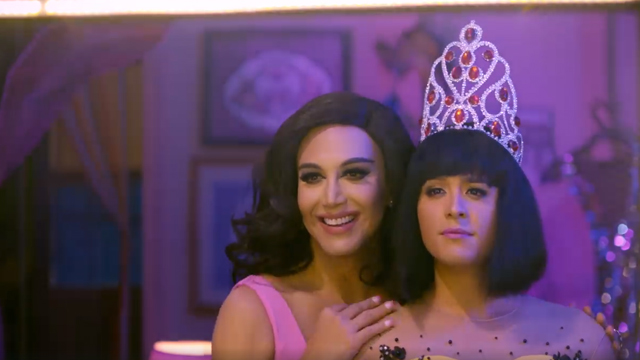 WATCH: The Spin-off Series Based on Die Beautiful Is Almost Here

(SPOT.ph) Another round of the Metro Manila Film Festival (MMFF)may have just passed by, but we’re sure fans still haven’t forgotten the indie gem that is Die Beautiful, which was an entry in the 2016 MMFF. Starring Paolo Ballesteros as Trisha, the film revolves around her struggles—leaving her family, competing in beauty pageants, and raising a child she adopted before she (spoiler alert!) suddenly dies just as she is finally being crowned.

But of course, Trisha’s life and story wouldn’t be complete without her best friend Barbs, who was played by Christian Bables. It was Barbs who gave Trisha her much-deserved and beautiful looks during her wake. Ballesteros won Best Actor for his role while Bables won Best Supporting Actor.

Now, we finally have our first look at Barbs’ life after Trisha’s death in the newest trailer of Born Beautiful. Barbs is now the talented makeup artist of the funeral parlor where Trisha had her wake. When the spin-off series was announced as early as July 2017 (indie movie Sleepless is getting one, too!), it was reported that Bables would be reprising his role as Barbs. But Barbs will now be played by Martin del Rosario.

Bables explained the change of roles on a statement he posted on his Twitter account in November 2017. He says, "It was a tough decision made by my management. Ako, as much as I wanted to do the project, as much as I wanted to push harder dahil mahal na mahal ko talaga si Barbs, ang mga taong bumubuo sa proyekto, at ang mga taong sumusuporta at nagmahal kay Barbs, I guess I will have to leave it to the management."

Hi everyone! Sharing with you my first and last statement about Born Beautiful ?? great day everyone ???? pic.twitter.com/wy57mLKClO

In the same statement, he expresses his support for del Rosario taking over the role. "I am happy that Martin del Rosario will get to play the role of Barbs," he says. "I know he's a good actor. He's one of the actors na magagaling at tinitingala ko bilang baguhan sa industriya. And I know adding his own flavor to the character will make it a new lovable, relatable, and three-dimensional Barbs."

The series is helmed by the people behind The IdeaFirst Company, Jun Robles Lana (who directed Die Beautiful) and Perci Intalan. Made in partnership with Cignal Entertainment, the series is set to premiere this year. There's no word yet on the exact date, but it looks like it's coming soon!

Martin Del Rosario Born Beautiful Paolo Ballesteros Christian Bables Die Beautiful
Your Guide to Thriving in This Strange New World
Staying
In? What to watch, what to eat, and where to shop from home
OR
Heading
Out? What you need to know to stay safe when heading out