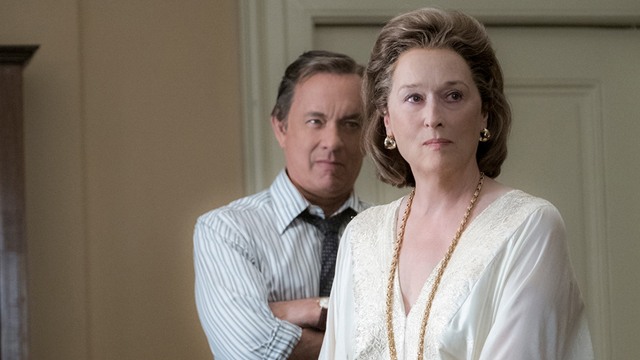 MOVIE REVIEW: The Post Is a Thrilling Exposé About the Power of the News

(SPOT.ph) Governments have always had touchy relationships with the media, with both toeing the line between freedom of the press and democratic mandate. In today's world, the term “fake news” is thrown around so often and actual news is sometimes so haphazardly delivered through the likes of social media that information is bound to get muddled. With so many sources for headlines nowadays, journalism and actual news reporting has had to adjust, but at the bottom of it all is the idea that an article can shift beliefs, change perceptions, or make a difference.

One pivotal moment in history was the leaking of the Pentagon Papers, a 7,000-page classified document, that revealed just how deep the United States' involvement in the Vietnam War was, and how newspapers fought the Richard Nixon administration regarding the publishing of these papers. Steven Spielberg manages to depict what is basically a group of people deciding whether to publish this story as a fast-paced thriller, giving the monumental moment a deservingly cinematic portrayal. 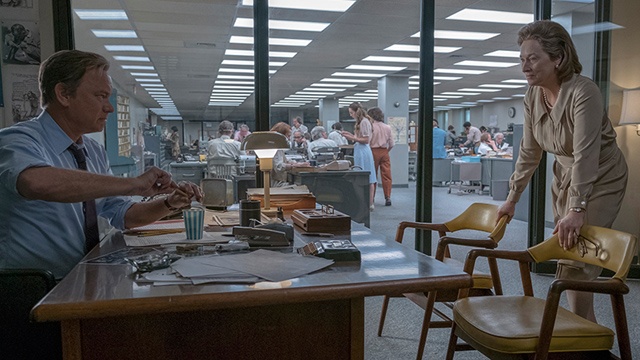 In 1971, Daniel Ellsberg (Matthew Rhys) leaks thousands of pages of the confidential study titled the Pentagon Papers to the New York Times, which subsequently publishes excerpts. The articles reveal that the U.S. had known they could not win in Vietnam but kept sending soldiers to fight a war not worth fighting, and that many presidents before Nixon lied about the war effort, among many other revelations. This leads to protests and a country's revolt against its government. President Nixon shuts down the Times' coverage, leading to the papers falling on the desks of editor-in-chief Ben Bradlee (Tom Hanks) and his team at the Washington Post.

The Post's earnings are unstable, and the company preps to go public to keep it afloat. The owner of the newspaper, heiress Katherine “Kay” Graham (Meryl Streep), is a socialite, struggling to balance her social life with running the Post since it was left to her after the deaths of her father and her husband. When the two worlds collide—her social circles get entangled in the leakage of the Pentagon Papers—Kay has to make a decision: Publish the Pentagon leaks to reveal the government's misdeeds, or avoid a possible scandal (and a loss of investors) by keeping quiet. 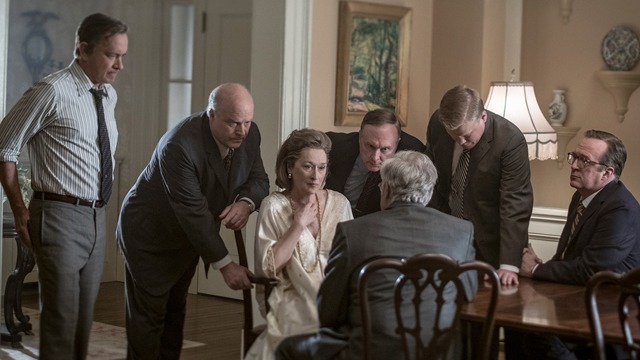 A lot of The Post is talking amongst its cast of characters, deciding on whether to publish, what to publish, when to publish, and so on. On paper, it does not sound all that exciting, and under a less flashy director, it may have come out as very boring. Fortunately for Liz Hannah and Josh Singer's script, they have the great Steven Spielberg working on it. The centerpiece of this film is a sequence that intercuts between a high-society party at Kay's house and reporters hustling in Ben's house that climaxes with a groundbreaking multi-line phone call. It's directed so sharply, as if a car chase was taking place, but nope—it's just a bunch of great actors trading dialogue through telephones (none of the actors even share the screen) and it's one of the most thrilling action scenes in the past year. 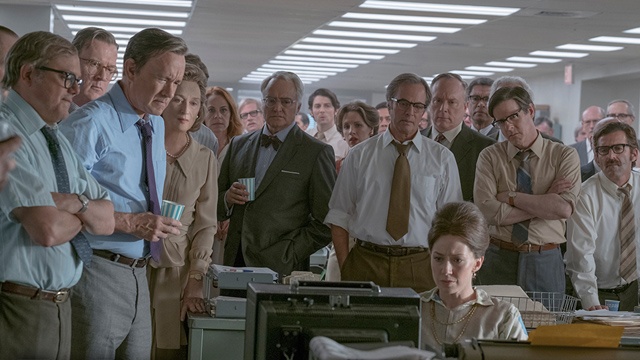 This film feels like Spielberg rejuvenated, and it's easily his most exhilarating film in a long time, and he's helped by one of the finest ensembles ever put together. Hanks is his usual magnetic self, charming even when he's not coming off the most polite, and the supporting cast feels like Spielberg told his casting director, “Get me all the best actors working on TV right now!” Matthew Rhys (The Americans), Sarah Paulson (American Crime Story), Bob Odenkirk (Better Call Saul), Alison Brie (GLOW), Jesse Plemons (Fargo), Bradley Whitford (Transparent), and Carrie Coon (The Leftovers) are just some of the exceptional actors with whom Spielberg populates the screen. They have lesser moments, but when given great material—Paulson has an incredible monologue about women, Coon squeezes out every emotion out of a few lines during a climactic scene, Odenkirk and Rhys showcase the very different feelings of people making huge, potentially world-altering decisions —they shine. 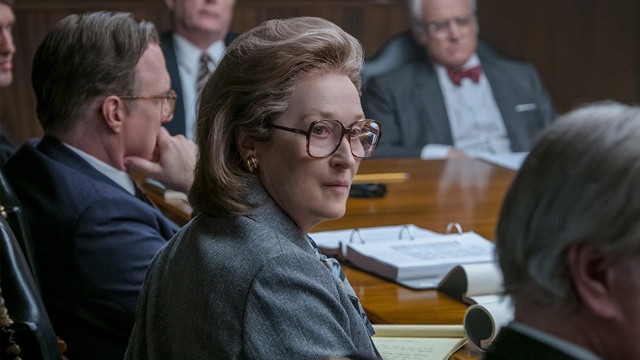 However, as great as everyone is, this movie belongs to the one and only Meryl Streep. Yes, on the outside this film is about the publishing of the Pentagon Papers and journalism going toe-to-toe with the government, but it is also every bit about a woman taking control in a man's world. Surrounded by only men for much of the film, Streep's Kay Graham, the first female publisher of a major national newspaper, is a meek, out-of-her-depth woman who is undermined and overlooked at every turn despite being the biggest boss. Streep gets to play this the only way she can: Every quiver, every stutter, every lip bite, every beat in dialogue and an expertly chosen moment of silence is perfectly played and put to use. The growth of Kay's character is brilliantly portrayed by Streep, and it's so good that actors should study this performance. When Kay finally throws the hammer down, it's electric.

The Post is a bit too on-the-nose at times, with a lot of dialogue playfully foretelling future events (the Watergate scandal, Donald Trump) with lines like “I don't know how I'll do this again!” and some more too-cutesy news lines like “I buried the lede” while just talking about breakfast or the sort, but Spielberg's direction and the top-tier cast really make The Post worth watching. 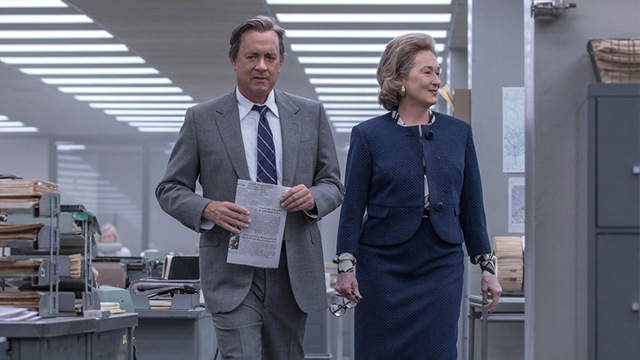 But other than that, of course, The Post is an important piece of cinema that showcases the power of journalism as well as women's position in the workplace. It hits two birds with one stone, and amazingly, both of these issues are still important and resonant today, making The Post even more significant and important viewing than it might have been.

Meryl Streep The Post Movie Review Tom Hanks Steven Spielberg
Your Guide to Thriving in This Strange New World
Staying
In? What to watch, what to eat, and where to shop from home
OR
Heading
Out? What you need to know to stay safe when heading out