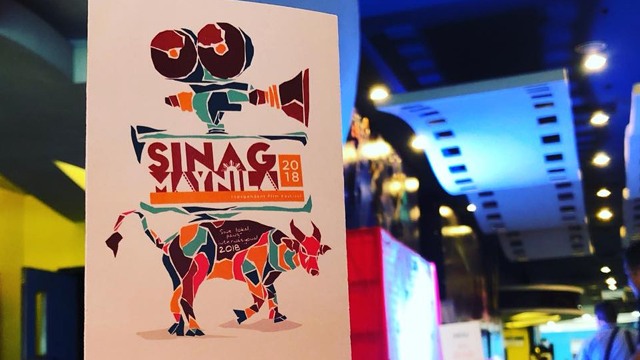 (SPOT.ph) Heads up, movie buffs! The Sinag Maynila International Film Festival, founded by Wilson Tieng and Brillante Mendoza, is now on its 4th year. It looks like 2018's iteration stays true to its tagline of "Sine Lokal, Pang-Internasyonal" with a roster of full-length films—some of which have been screened and gained accolades abroad.

Instead of a unifying theme, Tieng and Mendoza’s selection of films this year takes into consideration how it was made, whether it has something new to show, and most importantly, that it has never had a local screening regardless of whether it has premiered elsewhere before now. “The more [the film] had been screened before [in international fim festivals], the more it says about the quality.” says Tieng. “At the end of the day, we want to have good films.”

“The purpose of Sinag Maynila is to create awareness for Filipino movies.” Tieng continues, “Maybe one day our movies will even surpass those made in the U.S., made in Korea, or made in India.”

We round up—and tell you a little bit more about—all the full-length films that you can catch in select SM Cinemas from March 7 to 15. (Plus, they'll also have forums, workshops, and other events in partnership with the Film Development Council of the Philippines.)

A young woman (Tippy Dos Santos) escapes from a psychiatric facility to find the truth about her identity, having been told that she’s claiming to be someone who had been brutally murdered two months before. The film is in English and has actually premiered abroad back in 2016.

Allen Dizon plays a deaf man who struggles to make ends meet to support himself and his lover. This film was screened in the Warsaw Film Festival last year where Dizon and his co-star Angelie Sanoy were given the Special Jury Award - International Competition for their performances.

Abner (Mon Confiado) works for a pest control company and lives a solitary existence. He meets Viola (Jean Judith Zeta), a client of his who is in a similar circumstance and the two of them begin an affair. According to director Richard Somes, the film originally started out as a project for his Production Design Workshop students.

This movie serves as the second part of Filipino-Australian director Matthew Victor Pastor’s The FIL-AUS Trilogy which explores Filipino identity in present-day Australia. This installment is about a feminist documentarian, a pickup artist, and a virgin. The film is also “Presented in Glorious Cinema-o-ke!”, featuring karaoke subtitles that run on screen throughout the film.

Alex, a Filipino mechanic and Jerry, a Taiwanese aborigine student strike up a friendship after meeting in Taipei. Together, they go on a road trip to Yilan, Jerry’s hometown. The film initially premiered in 2017’s Hong Kong Lesbian & Gay Film Festival.

Sinag Maynila International Film Festival Sinag Maynila Film Festival
Your Guide to Thriving in This Strange New World
Staying
In? What to watch, what to eat, and where to shop from home
OR
Heading
Out? What you need to know to stay safe when heading out