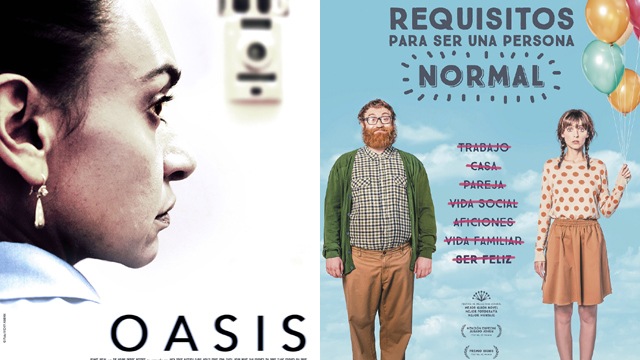 You Can Catch These Spanish Films for Free This March

In celebration of International Women's Day!

(SPOT.ph) With the rise of the #MeToo movement and the growing public dissent with known personalities and their sexist comments (see: Anthony Taberna), it seems that celebrating International Women's Day is now more important than ever. One great way to do so would be by immersing one's self in projects—such as films—that were made by, for, and about great women.

Instituto Cervantes, along with the Film Development Council of the Philippines and the Embassy of Spain, is doing just that with Espacio femenino: Spanish Female Directors. They will be screening a series of movies helmed by female directors—for free! Just take note that the screenings will be at a first-come, first-served basis.

To give you an idea of what to watch, we list down what you need to know about the films that will be screening every Saturday during the whole month of March at Cinematheque Manila:

This award-winning film is a drama that revolves around a blood feud between families in Spain back in the 1930s. The rival families are set to be united with a wedding, but a problem arises when the bride falls in love with a different man, leading to disastrous events and consequences. The movie is based on Spanish playwright Federico García Lorca’s work called Blood Wedding.

All 30-year-old María (Leticia Dolera) wants to be is become a normal person. This comedy film follows her attempts to reach this goal, like figuring out what it even means to be normal. She eventually lists down what she thinks the requirements are before setting out to tick them all one by one.

The real-life María Moliner is a linguist, librarian, and lexicographer. This documentary tells the story of three important events in her life, using relevant terms from the dictionary to define them. These definitions comes from Moliner's well-known work, the Diccionario de Uso del Español.

Cinematheque Instituto Cervantes International Womens Day
Your Guide to Thriving in This Strange New World
Staying
In? What to watch, what to eat, and where to shop from home
OR
Heading
Out? What you need to know to stay safe when heading out