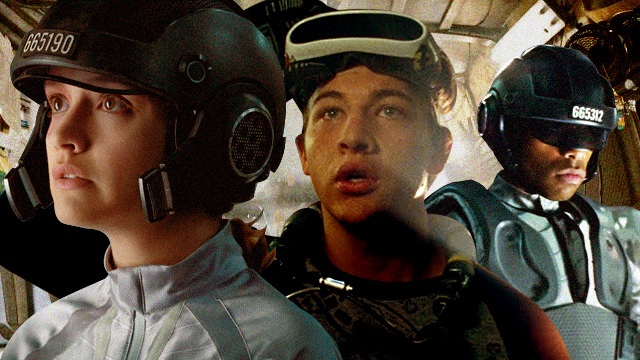 Should You Hate Ready Player One?

The Internet seems to think you should.

(SPOT.ph) Let’s get this out of the way first. No, you do not have to hate Ready Player One.  Youdon’t have to hate either the book or the movie. At the end of the day, Ready Player One is a form of entertainment and if you don’t want to watch it, there will be no lack of other movies to watch and care about, like the current talk of the town, Black Panther, or the upcoming Infinity War. There are people who will like Ready Player One who are perfectly nice and decent folks in spite of its many problematic and mediocre qualities (but we’ll get to that later).

The book that the movie is based on is the work of Ernest Cline, whom you might imagine as some random fanboy who came out of nowhere to superstardom. But that’s not really his story. Ernest got his start in the Austin Poetry Slam between 1997 to 2001, performing oral poetry involving the same nerdy material found in his novels. He followed up his success in this sphere by writing the screenplay for Fanboys, a movie about Star Wars fans that stars Jay Baruchel and Kristen Bell and was released in 2009.

While Fanboys was not successful, Cline made enough connections (he even met George Lucas) that when he announced plans for a novel and screenplay called Ready Player One, Hollywood and the publishing world engaged in a fierce bidding war for the rights. Cline always intended for the book to become a movie, and he always knew Hollywood would want their hands on it. The year he made his announcement, 2010, was the year of Toy Story 3, Iron Man 2, and Harry Potter and the Deathly Hallows Part 1.

Ready Player One is not a particularly complex story. While the details may differ, it is very much the same as Ender’s Game or The Last Starfighter: A young boy who is particularly known for being good at video games saves the world.

In fact, Ready Player One more closely resembles another kind of popular story; the one that’s filled with references to other things. Scott Pilgrim vs the World is similarly mired in this fondness for the male dominated popular culture of the 1980s, with a huge overlap on video games, books, movies, and more. On a broader level, there are many pop-culture movies, like Toy Story, Who Framed Roger Rabbit, Gremlins 2, Looney Tunes: Back In Action, and others, that also bring on the references, to varying degrees of success.

While essentially the same, Ready Player One—both the book and the movie—have many differences. For example, after production studio Tsuburaya denied the rights to use Ultraman in the movie, he was replaced by the Iron Giant. On another end, while many criticize the novel for its overall amateur quality, the movie seems to have been better received. That’s a pretty good ending to summarize this story about a story, right?

Not quite. Those of you who have been following online reception to the movie since its announcement last year know that the Internet hates it, which could only mean that a lot of other nerds hate it. But what’s wrong with it?

Well, for one, a lot of them are angry at the book’s careless regard for women, and its transphobia:

As long as people are critiquing Ernest Cline?

In "Ready Player One," he shows how he does not believe transgender women are women. pic.twitter.com/ayt9FnwZ5Z

On a broader level, Ready Player One characterizes the worst things about nerd culture. They want us to accept Wade Watts as the next great Steven Spielberg protagonist, but Wade Watts is no Harry Potter. While Harry Potter seemed destined for great things, he takes on several internal and external conflicts, faces tragedies like the death of his uncle, and does a lot of genuine growing up, on the way to defeating Voldemort. Wade Watts, on the other hand, never has to truly struggle, never has to worry about high stakes or their consequences. Oh, his family gets vaporized by the bad guys like Harry’s does, but the book spends no time dwelling on Wade’s potential grief, so much as it concerns itself with Wade escaping death himself.

There are many parts of the book like this, which condones and supports a very self-centered mindset. Wade is the perfect boy, with the perfect mastery and knowledge of the tchotchkes that signified the childhood of a certain age bracket. And so, he gets the perfect manic pixie dream girlfriend, the perfect best friend to make him feel good about himself, the perfect bad guys who always make him look good, and so on. Wade, as every gamer nerd wishes, never has to take responsibilities for his actions, and it is this mindset that many Ready Player One fans hold in earnest, in terms of how they regard their hobbies, even when it means hurting others.

But, enough about the book. Reviews are mostly positive for Ready Player One the movie, based on the initial screening at the South by Southwest Film Festival. But then, Spielberg is of course a Hollywood legend, and it would be more surprising if he didn’t manage to make it entertaining, especially since it was an opportunity Spielberg eagerly took to praise his own work, as well as those of his colleagues, of course.

And what of Spielberg’s body of work? If we were truly honest, to simply accept that Spielberg’s movies are good because they’re entertaining, is to create the circumstances that made it possible for Ready Player One to exist.

No film director is so big as to escape criticism, and the charges leveled against Spielberg run deep into the culture he has chosen to pay homage to in this movie. Never forget that Spielberg, more than the rest of the Movie Brats, stands accused of infantilizing movie audiences, by way of popularizing cheap thrills (Jaws), elevating the stories of children over more thoughtful and mature work (E.T.), and by simplifying and narrowing history, even changing narratives completely to what will make most people comfortable (Amistad).

Considering that perspective, it isn’t great that Spielberg "fixed" Ready Player One. He didn’t fix anything. If anything, him directing and producing Ready Player One the movie is just going full circle on this nerd culture that only exists to praise itself.

And so, we come back to the question we started with. Yes, it’s perfectly fine to like Ready Player One, but you really could not be blamed if you hated it. In fact, chances are high that you, the person reading this, will find every good reason to actively dislike it. And not just hating the "bad" book for being bad, but hating even the "good" movie. For Ready Player One holds a mirror to a fandom that puts itself over everyone else, and says nothing to it.