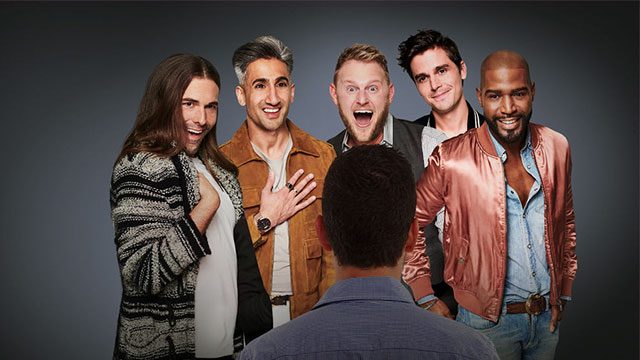 Queer Eye Gets Renewed for a Second Season

Along with four unscripted shows!

(SPOT.ph) Queer Eye fans, rejoice! The show's second season is currently in the works, as confirmed by The Hollywood Reporter. The eight new episodes are going to be available for streaming later this year on Netflix.

The reality show stars five queer guys called the “Fab Five” who make over men in desperate need of a 180-degree turn in their lives. It is the reboot of the critically-acclaimed 2000s reality show Queer Eye for the Straight Guy, which has the same premise.

The new generation of the Fab Five are: Antoni Porowski, who educate men about Food; Bobby Berk, an interior design expert; Karamo Brown for culture; Jonathan Van Ness who teaches grooming; and Tan France, who makes their case studies fashion-forward. All of them are slated to return for season 2.

The show’s renewal is a testament to Netflix’s vision of working with world-class producers to create the best unscripted shows on television, Bela Bajaria, Vice President of Content at Netflix, told Variety.

“These series elevate the genre with innovative takes on familiar formats. They deliver immersive and nuanced stories. They elicit so many emotions from viewers, from tears of laughter to tears of joy—and that’s just Queer Eye,” she said.

Aside from Queer Eye, Netflix is also renewing four unscripted shows, including Dope, Drug Lords, The Toys that Made Us, and the baking show Nailed It!, hosted by Nicole Byer and Jacques Torres.