Let the cast tell you why.

(SPOT.ph) There’s a lot that can go wrong in outer space. We’ve seen Sandra Bullock frustratingly float around in a vast, empty nothingness in Gravity. We experienced how stressful it was when Matthew McConaughey traveled through a wormhole in Interstellar. And we saw the difficulties (and hilarity) of planting your own poop-potatoes because of Matt Damon in The Martian.

But there’s something incredibly exciting (and relatable) about watching a whole family go through it together. After all, there’s really not much you can do when Earth has devolved to nothing but dust and dirt thanks to pollution, global warming, and warfare—well, except leave everything behind and start anew on a different planet trillions of light years away. And that’s exactly what the Robinson family does in Netflix’s latest series, Lost in Space, a reboot of a show from the '60s and a movie of the same name from 1998. If you're not familiar with either of the two, you've probably heard, "Danger, Will Robinson!" more than once before. 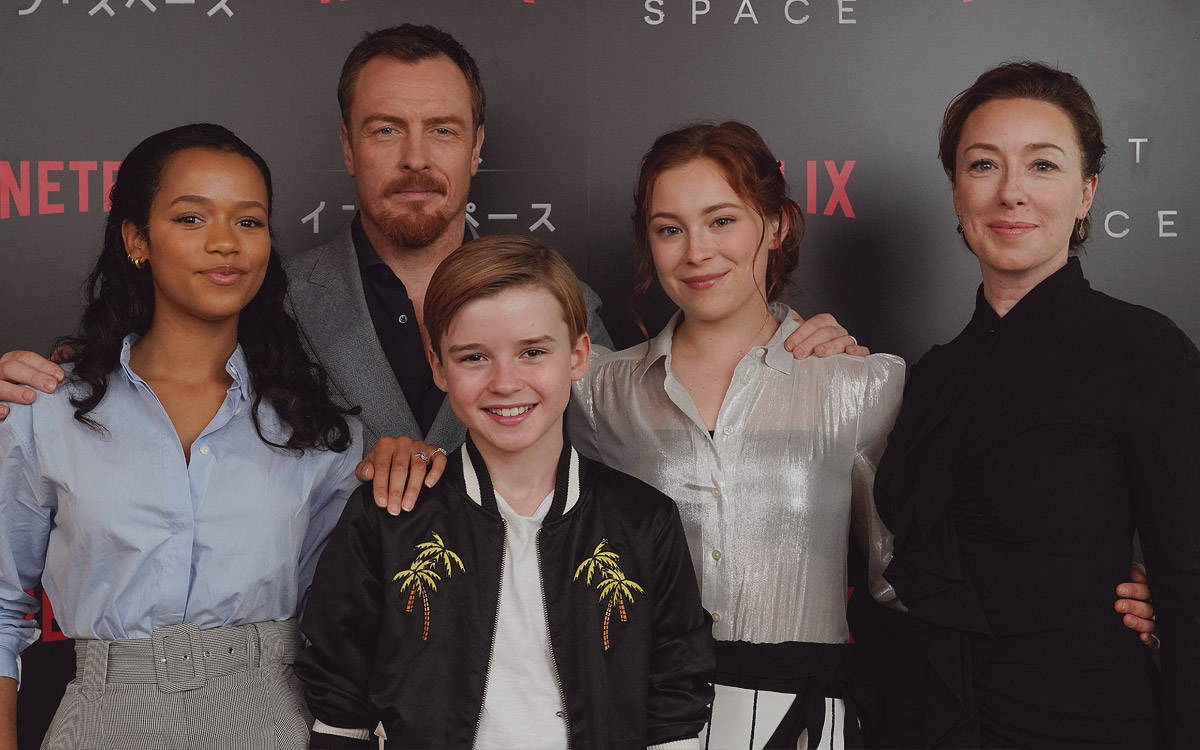 Set 30 years into the future, dad John (Toby Stephens), mom Maureen (Molly Parker), daughters Judy (Taylor Russell) and Penny (Mina Sundwall), and son Will (Max Jenkins) go aboard the Jupiter 2, a spaceship meant to take them to a colony-planet called Alpha Centauri. They’re all set to have a fresh start but while en route to their new home, things go awry and they suddenly find themselves crash-landing on an alien planet—thousands of miles away from their destination. And while they’re trying to figure out things on their own, they soon find out that they’re not alone. Will saves a robot who also crash-landed on the planet. In return, the robot follows Will around and protects him from dangerous threats the family comes across.

During a press tour for the show in Tokyo, the stars of the show took some time to talk to international media, including SPOT.ph, about how they became a family both on and off-screen. They also discussed how the show is all about the future—but it’s not just because of all the tech you’ll see them play with. It surprisingly even has something to say about the future of society and yes, even gender roles. 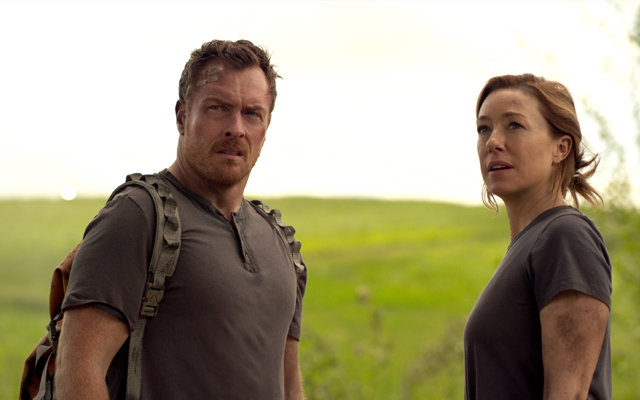 It’s easy to see how this group of people became a family on the show. Molly exudes the motherly and regal aura that easily translates into her role as a fierce aero-engineer who does whatever she can to protect her kids. Toby is just as strapping as John, the emotionally-distant-but-actually-caring father who used to be a soldier. 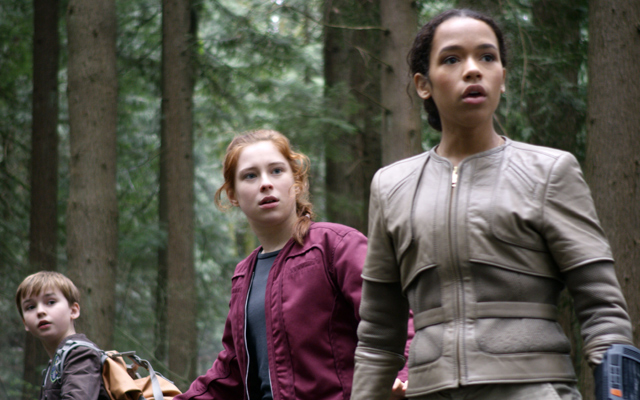 You can see why the confident young doctor is played by the demure but charming Taylor and how the quick-witted and funny Penny comes from the outspoken Mina. And the perky Max is every bit like his character Will, whose curiosity of the world around him basically steals the show.

Their individual personalities bounce off of each other, but it’s heartwarming to know that they all share the same endearing sentiments about spending seven months together on sets that range from a mountainous terrain to a freezing glacier. "This group is quite special because these kids are really special. For all of them, it's their first time in a big TV show and they're just really good people, so we're lucky in that sense," Molly shares. The first-ever scene they shot was the crash-landing sequence, which was basically a trial-by-fire, but they immeditely hit it off from there. "[The show] was a really difficult thing to shoot because it's quite physical, so I think we also bonded very early because we all were going through these physical challenges," she continues.

"The most fun bits for me were the scenes with these guys," Toby says as he gestures to the kids who are all seated together. "All of the sci-fi stuff—all of the physical adventure stuff—is one thing, but I just love all of that playing a family." Taylor echoes his comment, saying, "You miss each other a lot. But it's nice because then you have opportunities like this when you're in Tokyo and it feels like that feeling when you haven’t seen your family in a long time and [then] you come back and nothing's changed. It's that family feeling of nothing changing." 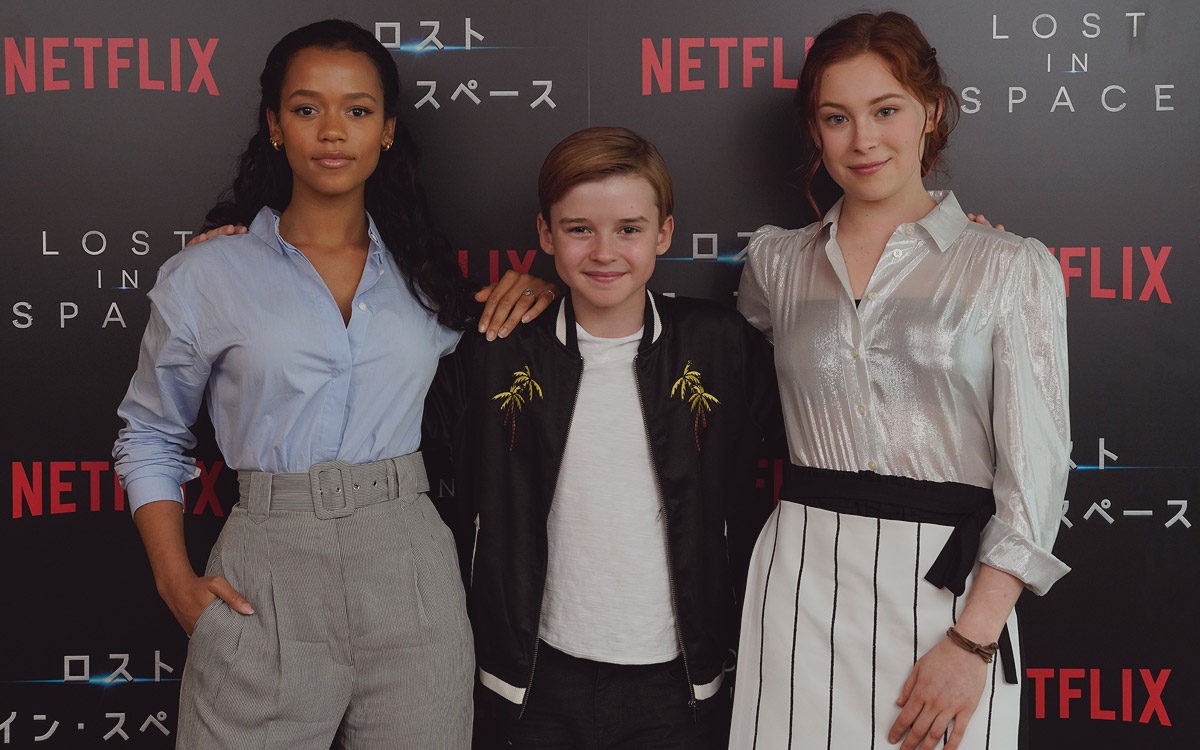 Mina also shares the struggles of going back to "real life" after shooting. "When we're in a family, when one of us complains, the rest of us get to complain and it's fine. But when you're outside of the family, you complain and apparently it's not okay," she jokes. The room laughs as Toby replies, "It's always all right with me, darling, go complain!" But it seems that the (set and) separation anxiety took a toll on young Max, who adorably reveals that he ended up going to and hiding in his school’s bathroom to cry.

This family dynamic is exactly what makes the show such a treat for everyone who watches it because you’re bound to find something relatable. Mina shares that her seven-year-old cousin got excited watching the show's trailer, but so did her grandma who’s more than ready for the marital problems and the drama. "I love the fact that no matter where you come from or where you are, or how old you are, there's something that you can connect to," she says. Molly agrees, saying, "This family is full of characters that are flawed but they have a lot of heart. It also has parents who are estranged and I think we're trying to show families that we can all relate to." 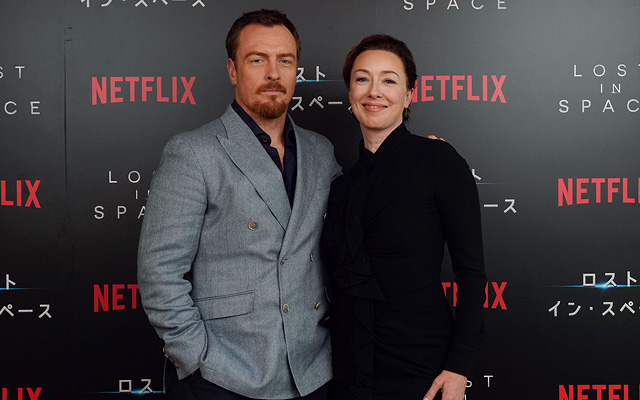 Even kids will find something inspiring in the show, especially since they're just as smart and competent as their parents when it comes to solving problems. It's actually one of the things that drew Toby to doing the show in the first place. "All of these kids—in their own special ways—are really bright, really strong, and really capable. If I was watching the show as a child, I would want to be like one of these kids." He even recalls one standout scene where Taylor's character Judy has to teach her sister how to operate on their mom—though he, of course, jokingly clarifies that kids shouldn't try it at home. "But it's still such a great thing for a kid to watch!"

Molly says it's also one way to inspire girls to get into science and math. It’s worth noting that the women on the show are amazing at what they do, figuring things out through their strategies. There’s no moment questioning whether or not they can do it—they just do. And that’s something that would be more than welcome in the future. "They're just strong and they can do any job that a man can do and nobody even needs to talk about it," Molly says. Taylor knows this too, adding, "It's not like they're proclaiming that, 'I need to be a strong female character,' in any way. It's just who they are."

"At the end of the day, there's never a 'woman-doctor' or a 'female-scientist.' She's a scientist. She's a doctor. What we see in our show is that it doesn't matter if it was done by a man or a woman, it matters if it was done well," Mina says. She also brings up that this show isn’t just important for women, but for the young boys who watch the show, too. “It's equally important to shape a generation of boys that can relate to this idea of having a woman-hero where it's never a question—where it's just reality.” 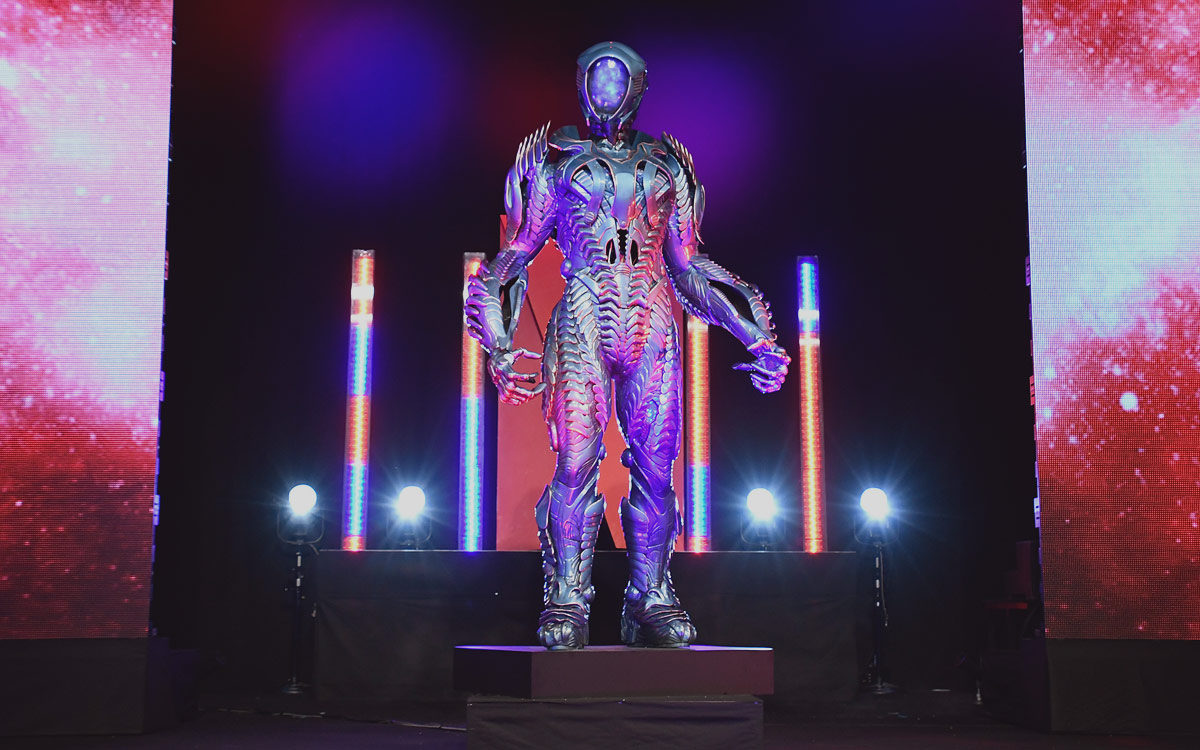 There's a lot more that the show takes on as the family meets more people—and a robot—along the way who may or may not be more trouble than they're worth. And even here, Max finds something that Lost in Space still brings to light. "In our show, you do see that people who have made mistakes in the past, often are rejected and thrown away by society. Yes, they seem like bad people and you root against them, but I felt, when I was watching it, that I was actually rooting for these people," he recalls. 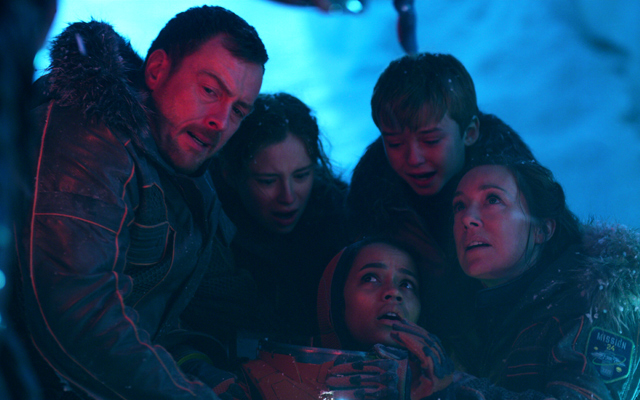 As the Robinsons embark on their literally out-of-this-world adventure, you witness how they make the most out of each situation and face the next one head-on. They deal with larger-than-life problems you can only ever dream (or dread) about. But there's also something in the way they depict the action sequences, the family drama, and the heartwearming relationships that makes something you've already watched before feel brand-new all over again. Maybe it's the palpable chemistry the cast has behind-the-scenes or it could also be that there's more to look forward to after every episode.

In The Martian, Matt Damon brings up how planting crops (a.k.a. his poop-potatoes) technically means he's officially colonized a planet. But those crops can step aside. The Robinsons are colonizing planets their own way—with electric perimeter-fences, high-tech 3D printers, powerful all-terrain vehicles you'd kill to drive, and a scary-but-endearing robot, to boot.

Lost in Space is now streaming on Netflix.