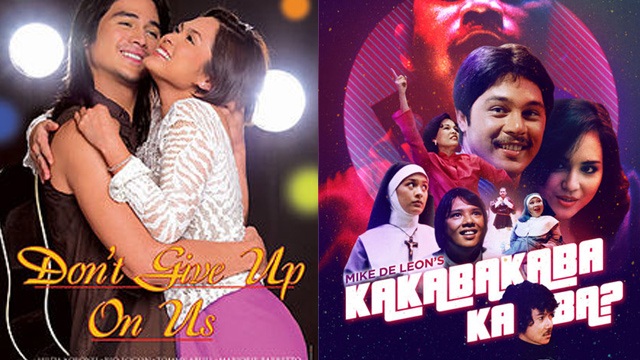 You Can Catch Don't Give Up on Us, Kakabakaba Ka Ba? and Other Restored Classics on the Big Screen This April

In all their HD glory!

(SPOT.ph) There's a lot that goes into the digital restoration of some of the oldest—and the best films—that Philippine cinema has to offer. The actual, physical films are kept in extremely low-temperature rooms, acclimatized for 24 hours before they are moved to a different room, and the edits for each movie have to be made per frame (!). Oh, plus you also need around P30 million to digitally restore just one film. But introducing a new generation of moviegoers to the Golden Age of Philippine cinema makes restoring films all worthwhile. 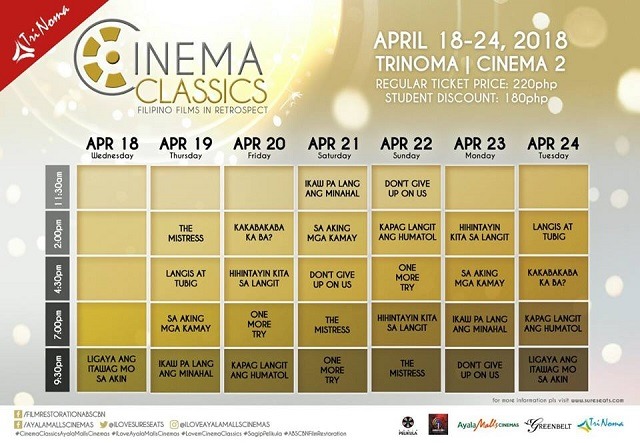 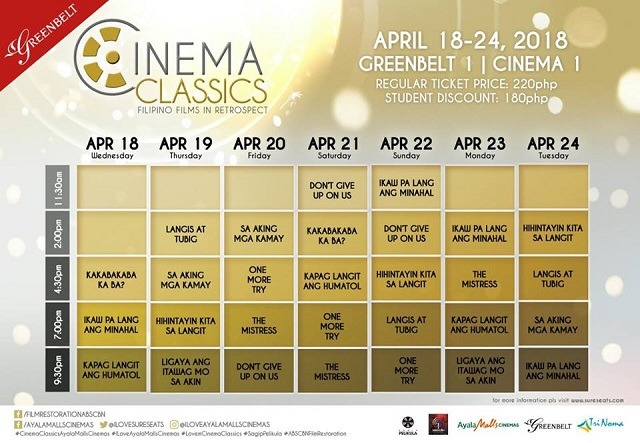 In this musical rom-com by celebrated auteur Mike de Leon, a bunch of friends (played by Christopher de Leon, Jay Ilagan, Charo Santos-Concio, and Sandy Andolong) get caught in between a drug trade between Japanese gangsters and the Chinese mafia.

John Arcilla plays a farmer who falls in love with a prostitute named Ligaya (Rosanna Roces) and tries to convince her to change her way of life.

While searching for her runaway-bride best friend, Abby (Judy Ann Santos) meets Vince (Piolo Pascual). Together, they travel around Northern Luzon and start to fall in love.

This romance-drama follows the love-team pairing of John Lloyd Cruz and Bea Alonzo as two people who meet by chance and eventually fall in love with each other. The twist? Sari (Alonzo) is the long-time mistress of JD's (Cruz) father.