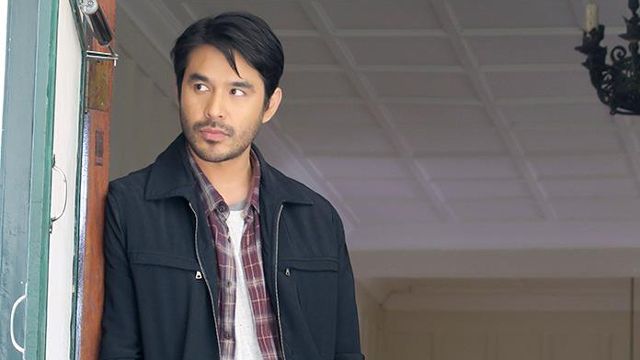 (SPOT.ph) Even after a highly anticipated premiere and multiple sold-out screenings, film buffs are still clamoring for more screenings of Citizen Jake, which is celebrated auteur Mike de Leon's return to filmmaking after 19 years. It could also be his last.

Since the movie premiered in March, de Leon has been assuring moviegoers that the people behind Citizen Jake are working towards getting the film to a wider audience. Aside from additional sponsored screenings, he also reveals that they submitted the film to the Movie and Television Review and Classification Board.

On April 11, Citizen Jake finally received an R-13 rating with no cuts, making it one step closer to a nationwide screening. "We would like to express our deepest gratitude to all those who have supported and are still supporting Citizen Jake. We would also like to thank the viewing committee that rated the film with open minds and open hearts, a rarity these days. May the film now be allowed to reach a wider audience," de Leon said in a post announcing the rating.

Now, the people behind the film—and the people supporting the film—are finally getting what they've waited for. On a Facebook post today, May 1, de Leon announced that Citizen Jake is finally getting a nationwide release. Take note of these details, movie buffs! Because the critically acclaimed film will be screening in cinemas nationwide starting on May 23. "This is it, folks! Thank you all for your support. Thank you all for your patience!" de leon shares on a Facebook post.

Citizen Jake revolves around journalist Jake Herrera (played by real-life journalist Atom Araullo). He is following a lead regarding the brutal rape and murder of a female student. But through his personal investigation, he finds himself in the middle of a political feud that also involves blackmail and his own family. Araullo also co-wrote the film with de Leon and Noel Pascual. The film, produced by Cinema Artists Philippines and distributed by Solar Pictures, also stars Nonie Buencamino, Luis Alandy, Cherie Gil, Max Collins, and Gabby Eigenmann.

Gabby Eigenmann Max Collins Nationwide Screening Citizen Jake Cherie Gil Luis Alandy Atom Araullo Nonie Buencamino Mike De Leon
Your Guide to Thriving in This Strange New World
Staying
In? What to watch, what to eat, and where to shop from home
OR
Heading
Out? What you need to know to stay safe when heading out