10 New Songs from Ariana Grande, Jason Mraz, Camila Cabello, and More
Loading
Already a member? Log in
No account yet? Create Account
Spot.ph is your one-stop urban lifestyle guide to the best of Manila. 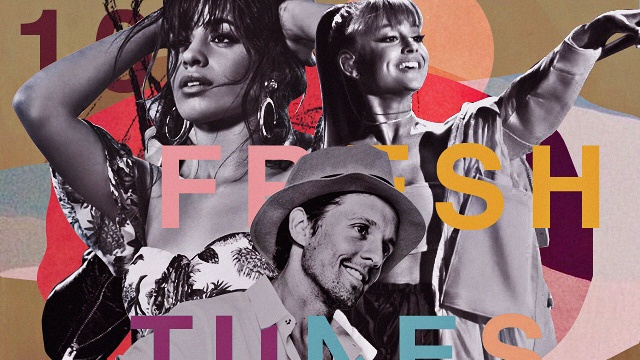 10 New Songs to Add to Your Playlist This May 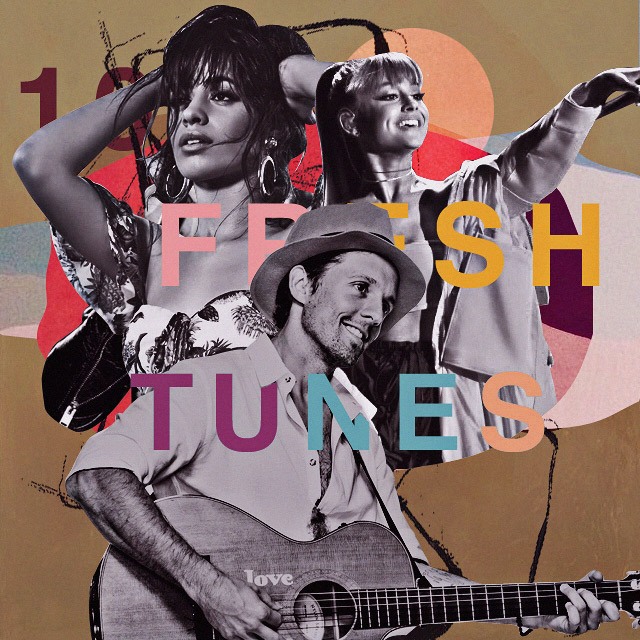 (SPOT.ph) This month's list brings you international pop goodness by Ariana Grande, Jason Mraz, Camilla Cabello, Anne-Marie, and 5 Seconds of Summer. Locally, we suggest you listen to the smooth jams of TALA and Kiana Valenciano with Marcus Davis. The latest heartfelt tunes by Clara Benin, Moira Dela Torre, and Sarah Geronimo will tug at your heartstrings, too.

Song: "No Tears Left to Cry"

Pint-sized diva Ariana Grande makes a triumphant return after last year's horrific Manchester concert bombing. "No Tears Left to Cry" starts as a ballad and transforms into a glittery dance tune. Her words remain hopeful and empowered, and her music keeps its radio-friendly qualities.

Fun fact: "No Tears Left to Cry" is the lead single off Grande's upcoming fourth LP, which will reportedly include collaborations with Pharrell Williams and Max Martin, to name a few.

Kiana Valenciano continues to wow listeners with her sleek R&B sound. Her collaborative project with Marcus Davis, "I'll Be There," is a smooth and sexy anthem perfect for your sizzling summer fling.

Fun fact: The singer also recently released the music video for her other single, "Misfits."

Lift your spirits with Jason Mraz’s "Have It All.” The feel-good track is filled with positive messages guaranteed to improve your mood. It's about as catchy as his other hits like "I'm Yours" and "The Remedy."

Fun fact: Reports say the song was inspired by a blessing Mraz received from a Buddhist monk during one of his travels.

Clara Benin just shared a raw but nonetheless breathtaking recording of her new single, "Wrestle." The folk song highlights Benin's delicate vocals that become even dreamier during the chorus.

Fun fact: According to the lyric video's description, the footage was taken while "on a train ride from Redfern to Chatswood in Sydney, Australia last April 2017."

Song: "Never Be the Same"

Camila Cabello's pop ballad "Never Be the Same" is a slow, memorable jam. Not looking to offer explosive club bangers, she keeps the same mellow and steamy vibe we first loved in her smash hit "Havana." In this updated version, she partners with country singer Kane Brown.

Fun fact: Cabello is also known as a former member of the female group Fifth Harmony.

Moira Dela Torre is one of today's hottest local voices, for good reason. Her angelic voice and relatable lyrics speak to all of us hopeless romantics. She just released the music video for "Tagpuan," which might just leave you in tears.

Fun fact: The singer has just been engaged with her boyfriend Jason Hernandez, who can be seen proposing to her in the music video.

English singer-songwriter Anne-Marie's "2002" will make you reminisce past loves. The nostalgia-filled single talks about young love and the rollercoaster ride of emotions it involves. The upbeat track also references pop hits of the '90s and early 2000s in its lyrics.

Fun fact: The song, off her Speak Your Mind album, was co-written by Ed Sheeran.

After satisfying us with her uptempo hits, Sarah Geronimo goes back to basics with this moving ballad. "Ganito," with its exquisite strings arrangement, reinforces the versatility of her talent, who can make us both dance and celebrate, and sit and contemplate.

Fun fact: The song topped the iTunes singles chart in the Philippines soon after its release.

Australian band 5 Seconds of Summer's "Youngblood" is set to be your song of the summer. The mellow verses prepare you for a booming chorus. And the addictive single, while technically a breakup tune, is too high-energy to ignore.

Fun fact: The group's upcoming LP of the same name is due for release on June 22.

Slow things down after a long day with TALA's "Amber." Here, the 18-year-old artist sings about youthful love. Aside from her soothing vocals, you'll love the relaxed and soulful vibe of her music.

Fun fact: TALA is the cousin of singer and actress Nikki Gil.

5 Seconds Of Summer Anne Marie Camila Cabello New Songs Moira Dela Torre Kiana Valenciano New Music Clara Benin Ariana Grande Fresh Tunes Tala Jason Mraz Sarah Geronimo
Your Guide to Thriving in This Strange New World
Staying
In? What to watch, what to eat, and where to shop from home
OR
Heading
Out? What you need to know to stay safe when heading out