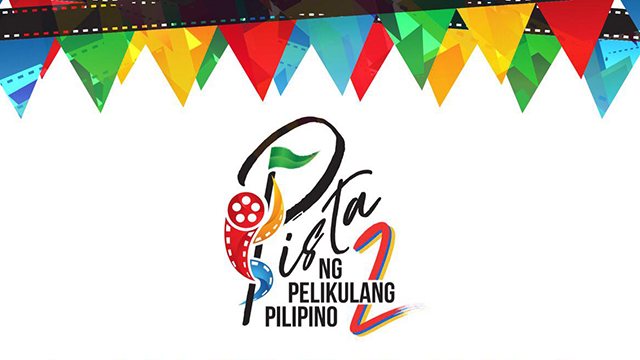 We can't wait for this year's lineup of films!

(SPOT.ph) The local film festival so beloved it was extended multiple times is back for 2018 and it's still sure to be a treat for indie-movie buffs. Now on its second year, Pista ng Pelikulang Pilipino is slated to be held this coming August 15 to 21—perfect for the Pinoy cinephile looking for a new way to celebrate Buwan ng Wika.

An initiative of the Film Development Council of the Philippines spearheaded by chairperson Liza Diño-Seguerra, this year's Pista ng Pelikulang Pilipino (PPP) will showcase eight films handpicked by the Selection Committee. Esteemed figures in the local film industry such as editor Manet Dayrit, cinematographer Lee Briones-Meily, and prolific director Jose Javier Reyes will be returning to help select this year's lineup. There will also be two new members—award-winning actress and ultimate kontrabida Cherie Gil, and acclaimed director Carlos Siguion-Reyna.

At a recent press conference for the film festival attended by SPOT.ph, Diño-Seguerra revealed that this year's PPP marks a major milestone for the local film industry—the country will be celebrating 100 years of Philippine cinema in 2019. (The first-ever Filipino film was 1919's Dalagang Bukid, directed by Jose Nepomuceno and starring Atang dela Rama). With this in mind, Diño-Seguerra stressed her desire to have the festival serve as a platform for Filipino film to gain international recognition.

"Last year, we established that there is really a thirst for quality Filipino films that resonate with a wide local audience. That much [is what] Filipino films are really capable of. Now, [this year's] PPP comes at an impeccable time, especially now that we are celebrating 100 years of Philippine cinema. And FDCP believes that beyond this centennial, and as the next step of PPP, it is high time for us to show the world the best of our films by pushing for international distribution," she says.

Diño-Seguerra also hopes that this year's PPP will further encourage Filipinos to patronize local movies. "Sakit po talaga ng Southeast Asia na ang consumption natin ay [mostly] Hollywood films... In the Philippines we have a ratio of 65 to 35 percent in terms of local versus Hollywood films [when it comes to audience consumption]. And we can keep pushing for more," she adds.

If you headed to the cinemas last year to get your dose of PPP films, then you're in for a treat. All movie theaters nationwide will be screening the Pista picks exclusively, save for a few specialty theaters (such as SM IMAX and Director's Club cinemas). The festival's lineup of films will be announced on the first week of July—are there any specific flicks you're hoping to see?