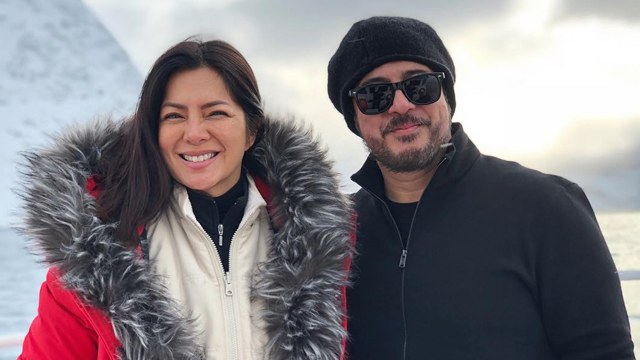 And it's set in Greenland!

(SPOT.ph) It's only been a year since his showbiz comeback, but Aga Muhlach is already making all of his fans happier than ever. First, it was his return to film in Seven Sundays (with a star-studded, ensemble cast), then it was a throwback commercial for Jollibee. And now, he's going back to the big screen again and this time, it's with Alice Dixson as his leading lady.

The two have already starred in two projects together, namely, 1989's Hot Summer and 1991's Joey Boy Munti (Batang Ama). So, this movie is going to be their first one after 27 years—that's almost three decades! Still, AlGa fans (a.k.a. those who support their love team) are as supportive as ever because both Alice and Aga have been updating them with new details about their yet-to-be-named film.

The look test for the movie happened as early as March and the two have been shooting their new movie in the chilly, snow-laden country of Greenland since April. They've also been sharing photos of the whole process on their Instagram accounts.

Today, March 7, Aga shared another photo of him and Alice in snow gear, saying that they've finally finished shooting. "Really had a great time working with you!! We have a great movie! You are a revelation in this film! Proud of you, Dixson!!" he says, with a kissing emoji in the end.

The movie's title and plot have yet to be announced, but based on one of Alice's posts, their characters are named Elaisa Svendsen and Mark Alvarez. The film is a joint production of Viva Films and Misschief Production and it is helmed by director Veronica Velasco, who has won awards for her screenplays and her directing.

Aga Muhlach Alice Dixson
Your Guide to Thriving in This Strange New World
Staying
In? What to watch, what to eat, and where to shop from home
OR
Heading
Out? What you need to know to stay safe when heading out