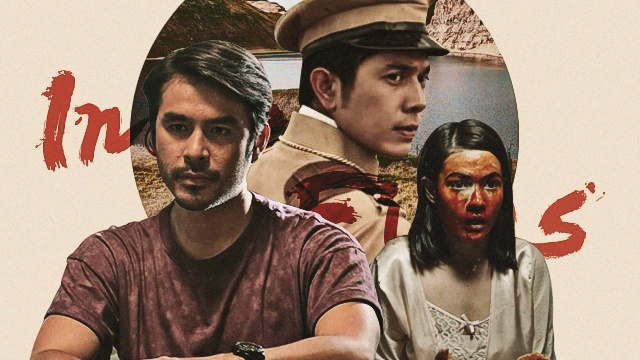 The rest of 2018 is going to be exciting for movie buffs!

(SPOT.ph) We've seen Pinoy indie films thrive year after year and 2018 is no different. While you might love movies in all shapes and sizes, there will always be a special place for independent cinema. Filled with rich storytelling, diverse views, and compelling premises, there’s just no telling what kind of roller-coaster ride these films can take you on. You're probably already busy updating your own must-see movies for the year, so here are 10 exciting Pinoy indie films to help you get started.

The Eternity Between Seconds

Have you ever found met a stranger whose very presence is simply just comforting? That’s what The Eternity Between Seconds wants to explore with the characters of TJ Trinidad and Yeng Constantino. Trinidad plays a self-help author with his own demons to fight, while Constantino plays an expat nurse with her own anxiety issues. When the two cross paths at the Incheon Airport in South Korea, they learn about each other’s fears, driving them to stretch every second in this foreign airport far away from home­—and their worlds outside it.

Gusto Kita With All My Hypothalamus is one of the more highly anticipated films coming in the CineFilipino Festival this May, so be sure not to miss it! The film explores four men in Manila who all seem to be pining after one and the same mystery girl—Aileen. But is it really love that they feel for her?

When Bea (Kate Alejandrino) marries a method actor (Joross Gamboa), she knows that he’ll sometimes take his on-camera roles home with him. And while she’s happy being a loving, supportive wife to what seems like different man each day, her husband being cast as a serial killer in a new movie may just give Bea her toughest role yet.

You might have been excited to hear about Citizen Jake having a nationwide release—and in case you missed it, it’s later this month! The film itself (the debut film of Atom Araullo) is daring and bold, in that the story talks about all the struggles of one conflicted journalist Jake Herrera, who’s at odds with his political family. And considering the film is set right here in the Philippines—where politics and family are one roller-coaster ride when brought together—Citizen Jake hits too close to home.

You might already be familiar with Lav Diaz and his signature hours-long films, so of course you can't expect Ang Panahon ng Halimaw to be any different. Starring Piolo Pascual and Shaina Magdayao, this masterpiece of a film is a four-hour-long rock opera, featuring dozens of songs composed by Diaz himself. Though it's set in the '70s, the film rings of a familiar narrative involving extrajudicial killings committed by a military given too much powerreign. Make sure you have a movie buddy when you catch the film—it's going to be a long one!

From the director of the critically acclaimed Birdshot comes this brand-new horror-slash-mystery film, Eerie. You can expect to see local superstars like Bea Alonzo and Charo Santos-Cancio take center-stage in this haunting film. It follows the guidance counselor of a conservative all-girls high school who attempts to solve what seems to be the perfect crime committed within their hallowed halls—only, she gets help from supernatural sources along the way.

Just because the original February nationwide release of Buy Bust was postponed doesn’t mean you shouldn't be excited to catch it later this year! If you’re into indie films that revolve around crime, then you already know that Erik Matti, the director of the film, won’t disappoint. The premise of Buy Bust centers on a cop (Anne Curtis) and her colleagues, who get trapped in one of the most dangerous places in Manila in the middle of their drug bust. And instead of the drug dealers being their worst enemy, they suddenly find that the real danger lies in the local residents—who’ve suffered one too many police-related casualties in the past.

Ever since Heneral Luna hinted at a sequel a few years ago, we've been keeping our eyes peeled about every announcement related to Goyo. This time, audiences will see Paulo Avelino reprise his role as the young Gregorio del Pilar, one of the youngest generals in the Philippine-American War over a hundred years ago. The movie also marks the return of other characters you might have seen in Heneral Luna, like Emilio Aguinaldo (Mon Confiado) and Apolinario Mabini (Epy Quizon).

When you want to take your love life online, you’d think your biggest problems would be constantly updating your feed, making your dates picture-perfect, and maybe even dealing with online haters. But that’s not the case for Norma (Sue Ramirez), your run-of-the-mill teenager obsessed with social media. Her problem? She has a rare sickness that prevents her from being around electronic gadgets and WiFi—so how is she supposed to have a normal relationship with her boyfriend (Jameson Blake)? While there’s no confirmed date for the film’s release, we’re definitely looking forward to seeing how this quirky love story unfolds!

While the sequel for Erik Matti’s On The Job was originally meant to be a mini-series, plans have changed into a standalone film—but fans are still just as excited. While not much has been said about the changes in the original story, what we know so far about On The Job 2 is that the media would be playing a bigger role in the film, with missing journalists, brutal homicides, and political lies going into the mix.

On The Job 2 Mga Mister Ni Rosario Gusto Kita With All My Hypothalamus The Eternity Between Seconds Ang Panahon Ng Halimaw Buy Bust Ang Babaeng Allergic Sa Wi-fi Goyo: Ang Batang Heneral Citizen Jake Pinoy Indie Films Eerie Indie Movies Indie
Your Guide to Thriving in This Strange New World
Staying
In? What to watch, what to eat, and where to shop from home
OR
Heading
Out? What you need to know to stay safe when heading out