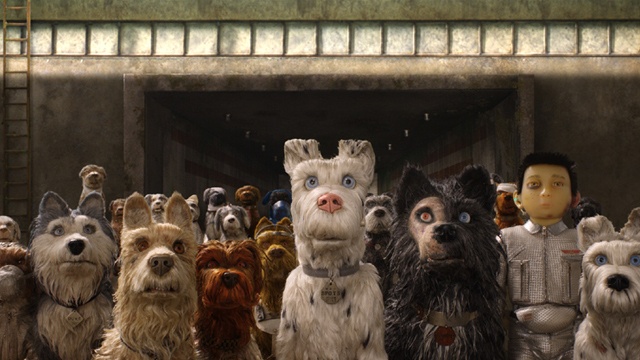 Wes Anderson's Isle of Dogs Is Screening Nationwide This Month

(SPOT.ph) Every movie buff has watched one or two—okay, maybe all—of acclaimed director Wes Anderson's films. He's known for his eccentric stories, like the complicated love-hate relationship of a family in The Royal Tenenbaums or the comedy-slash-murder-mystery that is The Grand Budapest Hotel. And of course, he's also famous for his distinctively symmetric visual style. (There's nothing more Wes Anderson than a frame you can perfectly split into two, tbh.)

Now, you have another film to add to your to-watch list because his latest masterpiece—Isle of Dogs—which he wrote and directed, will be screening at select Ayala Malls Cinemas on May 30. The animated comedy is considered to be more ambitious than 2009's Fantastic Mr. Fox, which is Anderson's first foray into stop-motion. Isle of Dogs even earned Anderson the Silver Bear for Best Director when it premiered at the 68th Berlin International Film Festival (a.k.a. Berlinale) in February.

Isle of Dogs is set in a dystopian place in Japan called Trash Island, where dogs have been banished by the mayor because of a canine-flu outbreak. But the mayor's nephew, Atari Kobayashi (Koyu Rankin) is determined to find his dog Spots (Liev Schreiber) and flies to the island by himself. There, he meets a group of dogs headed by Chief (Bryan Cranston), who helps him look for Spots.

Isle of Dogs opens at select Ayala Malls Cinemas on May 30.

UPDATE (May 21): Isle of Dogs will be screening at Glorietta 4, TriNoma, Market!Market!, Cloverleaf Balintawak and Fairview Terraces.

Ayala Malls Cinemas Isle Of Dogs Wes Anderson
Your Guide to Thriving in This Strange New World
Staying
In? What to watch, what to eat, and where to shop from home
OR
Heading
Out? What you need to know to stay safe when heading out