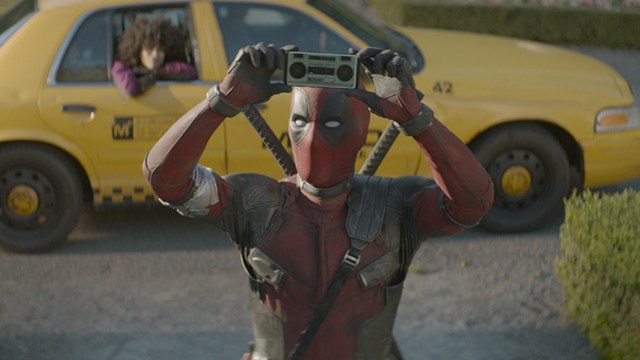 MOVIE REVIEW: Deadpool Is Just As Hilarious and Foul-Mouthed the Second Time Around

Ryan Reynolds outdoes himself in his best work yet.

(SPOT.ph) It can be viewed as a putdown when a summer superhero popcorn flick is considered an actor’s best work—but in the case of Ryan Reynolds, who co-wrote, co-produced, and plays the lead in Deadpool 2, it’s unquestionable high praise. Reynolds is in his element reprising the role of the merc with a mouth, a nigh unkillable mutant antihero who is the lone bright spot in the stable of 20th Century Fox’s stable of Marvel superhero properties. Fox’s missteps with films such as 2015’s Fantastic Four and X-Men Origins: Wolverine have gotten comic book fans wishing for Disney to get its hands on all of Fox’s Marvel licenses long before last year’s announcement of a merger.

Deadpool 2 is funnier, wilder, and has a bigger supporting cast than its predecessor. All the familiar faces return, and two popular characters become part of official movie canon. Cable (Josh Brolin) and Domino (Zazie Beets) play central roles as the former, traveling from an apocalyptic future and trying to kill a teenage genderbent version of Rebel Wilson named Russell (Julian Dennison) while the latter helps Deadpool in an effort to stop him.

The film starts with Deadpool attempting suicide while being unable to deal with a personal tragedy. X-Men strongman Colossus (Stefan Kapicic) comes to pick up the pieces along with Negasonic Teenage Warhead (Briana Hildebrand), who attempts to recruit Deadpool and have him join the mutant superteam. The same jokes about Fox only using second-tier mutants for the film are here, but Colossus actually plays a pretty big part, specially in the third act when brute strength is needed to stop a fan-favorite surprise villain.

Reynolds employs several running gags coming from the first film, and you wonder how effective it would be rehashing the same jokes. As it turns out, it works very well. Needless to say, the first film is mandatory viewing for anybody wanting to check out the sequel. With the origin story done away with, the filmmakers were left with a wider berth with which to work in new characters and Deadpool’s growth.

Unfortunately, one of the sticking points of the film is precisely the need to have Wade Wilson grow as a character when audiences know he pretty much needs to remain unchanged from his wisecracking, irreverent, utterly violent self to remain essentially Deadpool. The turn to good guy superhero seems like a natural narrative progression from the first film, but it feels forced and "killer with a heart and a soft spot for kids" is already Wolverine’s (Hugh Jackman) schtick.

The good news is that Deadpool 2 gets away with it because it’s self-parodying and makes no apologies for ripping off entire concepts wholesale. One of the funniest sequences is one of the scenes from the trailer, when Deadpool and best friend Weasel (TJ Miller) interview applicants for X-Force in a sort of homage-slash-ripoff of Mystery Men. You almost wish that Ballerina Man would walk through the door, but instead we get the Vanisher and his big reveal delivers one of the film’s biggest laughs.

Another one of the film’s delightful sequences is when Domino demonstrates her "non-superpower" of being lucky as she effortlessly hurtles through the destruction of a car chase gone awry. Beetz plays the part to such perfection that even hardcore comic fans will completely forget that comic Domino had white skin and black pigmentation over the eye where the brown-skinned Beetz has vitiligo. 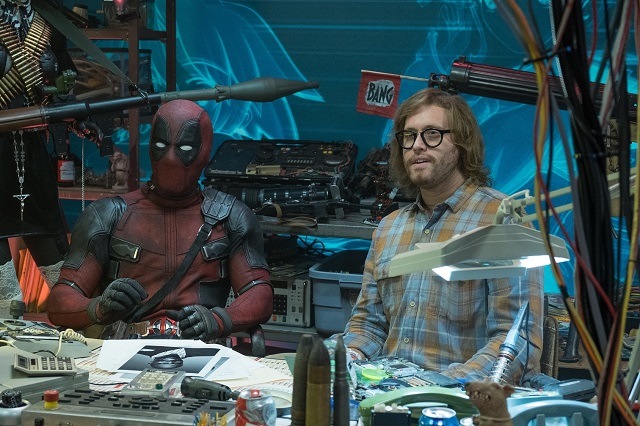 When Deadpool came out in 2016, there simply wasn’t anything like it. Deadpool pushed the envelope for superhero films, and because of its success the hard R-rating was pursued by Logan, another Fox license. Without the element of surprise on its side, Deadpool 2 doubles down on the same self-referential jokes, and even raises the stakes with the ultimate retcon in a mid-credits scene worth waiting for more than most Marvel stingers. There’s nothing after the credits so there’s no need to wait until after the last punchline.

The need to come up with something fresh is a challenge for a film that broke all the rules the first time around, but Deadpool 2 plays it by the book at times (including the mandatory Stan Lee appearance in a blink-and-you’ll-miss-it frame) and flips the script when you least expect it (X-Force!). In the wake of the heavy Avengers: Infinity War, Deadpool 2 delivers a riotous antidote (perhaps through overdose) to all the superhero deaths and wanton killing. Directed by David Leitch (Atomic Blonde) who is figuratively "one of guys who killed the dog in John Wick" as stated in the credits, Deadpool 2 is frenetically paced but never confusing.

Surprisingly, underneath all the wisecracks and the violence, Deadpool 2 reveals a lot of heart. The underlying message of friendship and family, the protection of the innocent, and the need to avoid violence as much as possible are heroic themes you’d expect from more wholesome films. But as Wade narrates, Deadpool 2 is truly a family film. A foul-mouthed, violently slapstick, sexually deviant family, but family nonetheless. Reynolds outdoes himself by playing an exaggerated version of himself, and it’s absolutely perfect.

Deadpool 2 is out in theaters now.

Deadpool 2 Movie Review Ryan Reynolds
Your Guide to Thriving in This Strange New World
Staying
In? What to watch, what to eat, and where to shop from home
OR
Heading
Out? What you need to know to stay safe when heading out