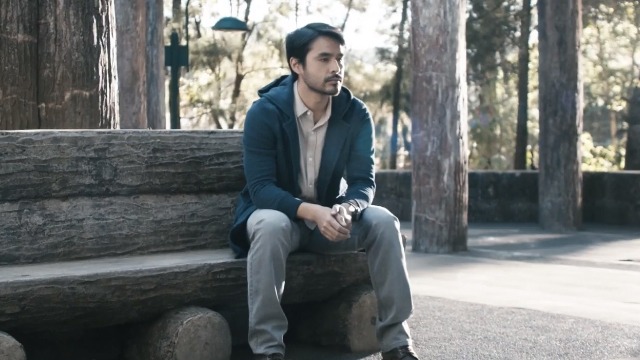 It's screening around the country!

(SPOT.ph) It's been a little over two years since it was announced that real-life journalist Atom Araullo will be playing a fictional one in acclaimed auteur Mike de Leon's (possibly last and) latest film, Citizen Jake. And now, after premiering earlier in March (and a couple more sponsored public screenings), the politically charged film is finally screening nationwide starting May 23.

On Citizen Jake's Facebook page, de Leon has been vocal about wanting to get the film to a wider audience. They submitted the film to the Movie and Television Review and Classification Board, which in turn gave it a rating of R-13 without cuts. It was then announced that the film, produced by Cinemas Artists Philippines, will be distributed by Solar Pictures around the country. 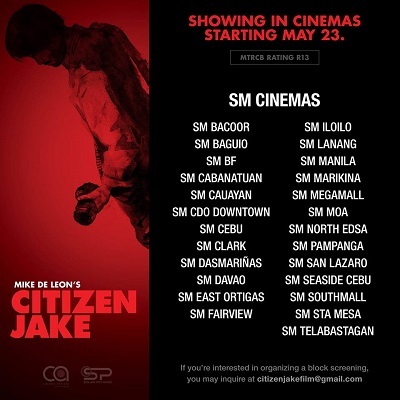 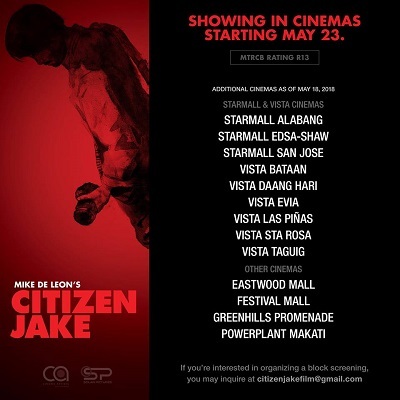 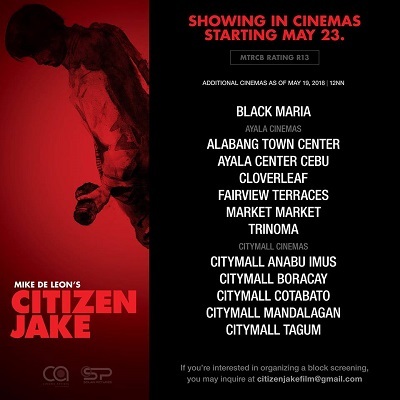 Fans have been clamoring to see the movie ever since it was first announced. Now everyone around the country can get a chance to see it with cinemas in Metro Manila, Cebu, and Davao, among others, screening the film.

Citizen Jake tells the story of journalist Jake Herrera (Araullo), who investigates the brutal rape and murder of a young girl. As he follows the leads in the story, he goes head to head with his own family, a well-connected dynasty who are experts in the world of blackmail and dirty politics. The film also stars Max Collins, Gabby Eigenmann, Teroy Guzman, Nonie Buencamino, and Cherie Gil.

Citizen Jake screens nationwide on May 23. 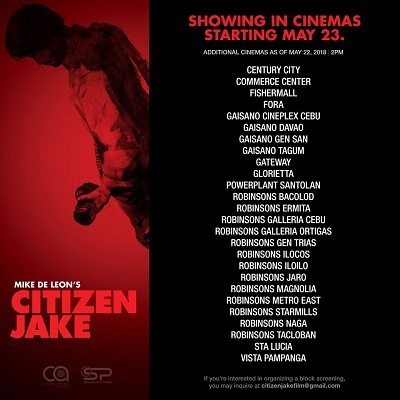 Citizen Jake Screening Cinemas Atom Araullo Mike De Leon
Your Guide to Thriving in This Strange New World
Staying
In? What to watch, what to eat, and where to shop from home
OR
Heading
Out? What you need to know to stay safe when heading out