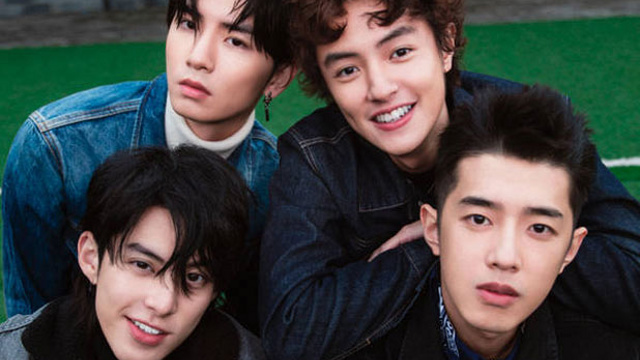 It's Dao Ming Si running after Shan Cai this time around!

(SPOT.ph) Ever since the new cast for the Meteor Garden reboot was announced, fans have been waiting for every possible update about the new show. The people behind the show have been teasing fans with more and more details since then. They posted behind-the-scenes footage as well as videos of the cast singing the unforgettable theme song. And now it seems that we're closer than ever to the premiere date because they've finally released the first official trailer for the highly anticipated reboot.

The trailer introduces each of the characters one by one. Dylan Wang takes over Jerry Yan as the bad boy Dao Ming Si. Darren Chen will be playing Hua Ze Lei (previously played by Vic Zhou). Ken Chu's character Xi Men will now be played by Caesar Wu and Vaness Wu's Mei Zuo will be played by Connor Leong. And of course, the small but feisty Shan Cai, which catapulted Barbie Hsu to fame, will be played by Chinese actress Shen Yue. They were reportedly cast after auditions were held in various cities around the world, including Hong Kong, Los Angeles, Singapore, and Taipei.

There's also a quick preview of scenes you might just remember from the original series. You've got scenes of the four boys walking together and traveling around the world (which isn't that surprising since every episode supposedly cost NT $15 million!).

One of the most memorable scenes from the original series is when Shan Cai (with her bag of groceries) runs after Dao Ming Si, who's on a bus. In this trailer, you'll see a short clip of Dao Ming Si running after Shan Cai, so you know there's some kind of twist this time around. It's interesting to see what changes they'll make (and which details they'll keep) especially since the 48-episode reboot is still helmed by the original producer, Angie Cai.

There's no word yet on when it's set to premiere—it'll be airing on ABS-CBN—but from the looks of it, that'll be sooner than you might think. In the meantime, let the marathon viewing sessions of the original series begin!

Meteor Garden 2018 Meteor Garden Trailer
Your Guide to Thriving in This Strange New World
Staying
In? What to watch, what to eat, and where to shop from home
OR
Heading
Out? What you need to know to stay safe when heading out