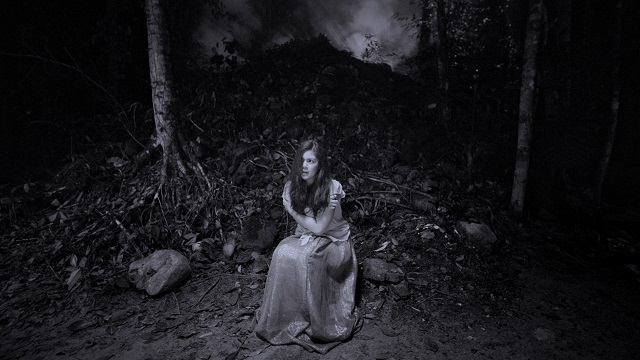 Piolo Pascual and Shaina Magdayao take on the government in song in Lav Diaz' latest epic.

(SPOT.ph) Two hundred and 34 minutes is conservative for Lav Diaz, and while a shorter runtime than his other films may make it seem like he's holding back, it's actually quite the opposite. His latest epic of a film, Ang Panahon ng Halimaw, doesn't pull punches in its commentary of the Philippine government both past and present. Full of political critique so thinly veiled, the veil might as well not even be there, as Halimaw has Diaz operating at what seems like his most aggressive, coming just short of stating names of the politicians he's criticizing.

Halimaw has a lot of Diaz' trademarks, from the monochrome look, to the steady camera shots, to the tragic story, to the lengthier-than-average runtime, but the biggest talking point will surely be the musical aspect of it. While this does showcase a different side of Diaz' work—and it really is quite enchanting at times—he is able to use the singing in a way that doesn't distract from the story or from his vision as a filmmaker, making Halimaw a very interesting and uniquely welcome addition to Diaz' ouevre. 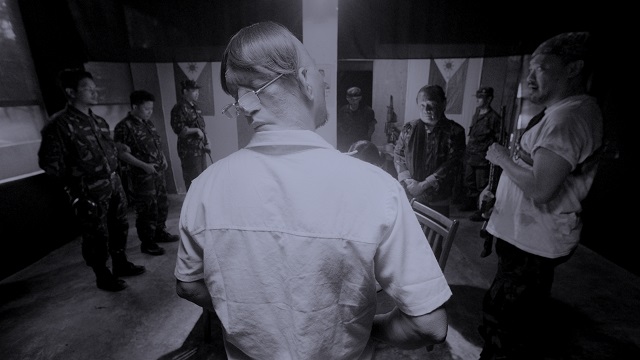 The film is set during the Marcos regime in 1979—a fact the film very explicitly states in the first sentence of the film, which seems like the only way Diaz avoids mentioning the current president. Locals in a village are living in terror of armed forces targetting rebels or anyone that stands out of line (or anyone they just want to kill without proper trial). Right from the get-go, armed forces kill a man and then immediately place a piece of cardboard on the body that says, “Rebelde Ako, 'Wag Tularan” (in English: “I'm a rebel, do not imitate”). Any person who has watched the news in the past two years will know exactly where that comes from. These armed forces follow a literal two-faced dictator (Noel Sto. Domingo), whose every appearance finds him yelling incoherently as if giving a speech, while the military men and women around cheer at his every incomprehensible word. 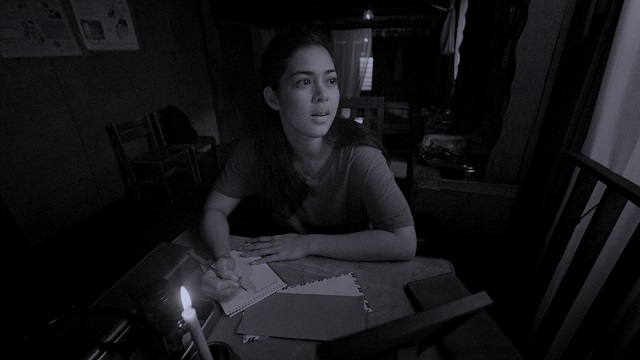 A young doctor named Lorena (Shaina Magdayao) moves to this town to provide medical help to the poor people being tortured, but finds herself the target of the armed forces. When Lorena seemingly disappears from her open clinic, her husband Hugo (Piolo Pascual) goes searching for her in the town. Hugo is a poet and an activist who has not hidden his critique of the government or of the current state of his country, and going to the town where Lorena was forces him to come face-to-face with the horrors he has been fighting in his writing as well as the people directly affected. 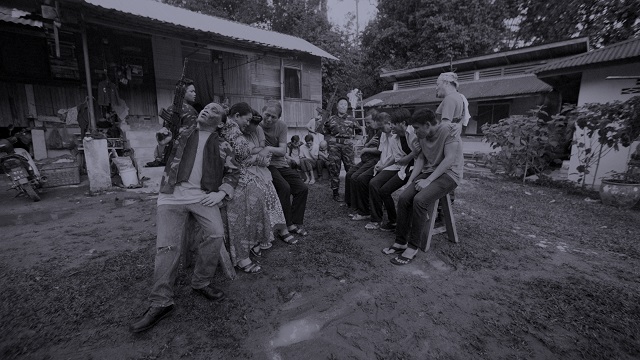 First and foremost, yes, this is a musical. But it's not La La Land or Ang Larawan. It's not even Les Miserables which might be one of the few musicals that can relate to the tragedies in this film. It is its own brand of movie musical. Billed as a "rock opera," Halimaw is mostly sung-through, and all in a cappella. Characters sing out their frustrations, or in the form of a Kwentista (Bituin Escalante), who tells the tragic stories of the townspeople through heartaching verses. A lot of the singing comes off like people sing-songing poems or doing Gregorian chants, with no music and really a harmony to it. That is the perfect style though for Diaz, because it feels more harrowing, heartfelt, and brutal when characters are yelling how much they are hurt over and over in some form of verse. While Diaz may not be writing the next Hamilton anytime soon, it's fascinating what he's able to accomplish with song, and how it fits seamlessly into his work and vision.

Continuing his more mass market-friendly run of films, Halimaw isn't hard to grasp or understand. It's actually a very direct, straightforward film about the horrors under a dictatorship—most especially a violent one—and the issues of a country that may blindly follow a leader. Everything is quite literal, from the two-faced despot to a town called Ginto that's fallen to ruin. The toughest thing with this film might be embracing its hopelessness, and while there are bits and pieces of hope there, so much heavy tragedy befalls the characters that it feels like there is no escape. 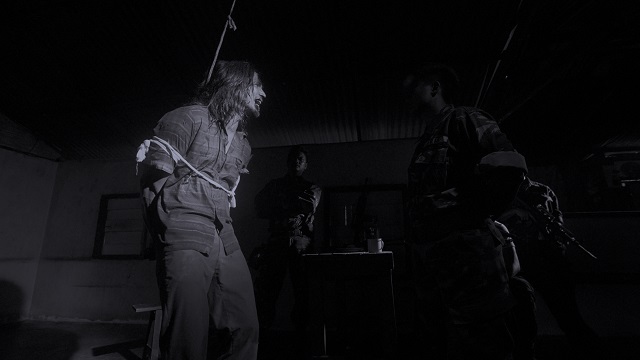 Along with this more straightforward approach, he also continues to cast more mainstream talent like Pascual and Magdayao—the former getting to stretch his dramatic acting muscles once more in a Diaz picture. Pascual has maybe the most to do, and he kind of perfectly fits that hero role, but take notice of Diaz regular Hazel Orencio who plays the vicious militia leader that laughs and mocks the terrified victims of their egime, as well as Escalante who works like a one-woman chorus and is by far the best singer in the film. 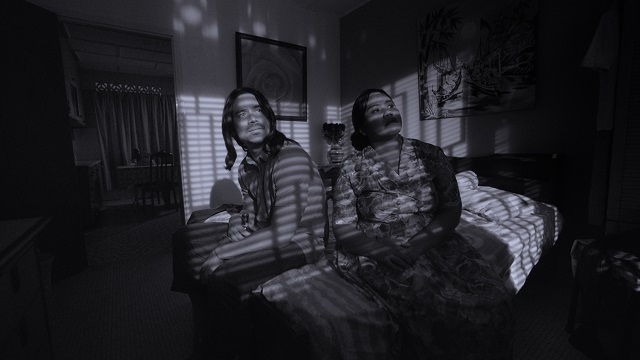 Ang Panahon ng Halimaw stumbles just a bit on its pacing—it's six minutes short of four hours, so you're bound to hit some slower parts—as even songs are delivered in a slower, more chant-like style, and less experienced viewers may find the film repetitive. (Some of the songs are just one line or verse sung over and over, yet one or two will get stuck in your head.) But stick with it and you'll get to experience what Lav is all about. The musical aspect doesn't deter from his increasingly frustrated political critique, nor his usual cinematic stylings, and Halimaw may be his most directly affecting film in recent memory. At almost 60, Diaz continues to experiment and tweak his work, but while it may not be everyone's cup of tea, it's a blessing that this kind of tea that is still being made by the auteur.

Ang Panahon Ng Halimaw Movie Review Shaina Magdayao Lav Diaz Piolo Pascual
Your Guide to Thriving in This Strange New World
Staying
In? What to watch, what to eat, and where to shop from home
OR
Heading
Out? What you need to know to stay safe when heading out