The 23rd French Film Festival Comes to the Philippines in June
Loading
Already a member? Log in
No account yet? Create Account
Spot.ph is your one-stop urban lifestyle guide to the best of Manila. 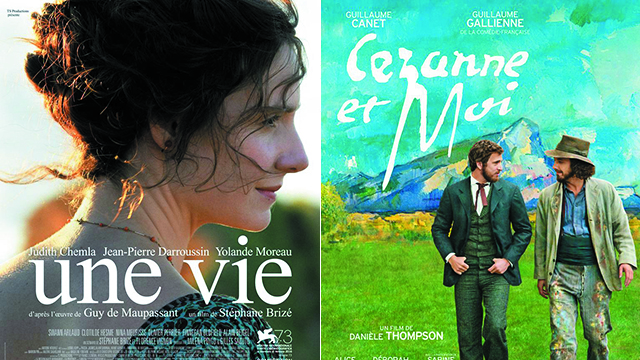 The SPOT.ph Guide to the 23rd French Film Festival

It's screening not just in Metro Manila but also in Cebu and Davao for the first time!

(SPOT.ph) The French Film Festival is back, and its 23rd edition is shaping up to be the most exciting yet with more screening venues to cater to more Filipino moviegoers. A selection of 21 films will be screened at Ayala Malls’ Greenbelt 3 from June 6 to 12, Central Square, Bonifacio High Street from June 8 to 12, and UP Town Center from June 10 to 11.

Those outside Metro Manila can also catch the French Film Festival as it stops by Cebu and Davao for the first time! There will be screenings at Abreeza Mall, Davao City on June 21 and 22 and Ayala Center Cebu from June 25 to 27.

On June 12, the festival will screen local movies, such as Anino and Himpapawid, both directed by Raymond Red, the first Filipino to be awarded the Palme d’Or at the Cannes Film Festival, as well as Zig Dulay’s Bagahe, which won the grand prize at the 2018 Vesoul Asian Film Festival. The festival will also feature films by French film pioneer and director Jean-Pierre Melville for the retrospect series.

Here are the films you can look forward to in the festival:

The film centers on the friendship between artist Paul Cézanne and writer Emile Zola. Despite their diverse backgrounds, their lives couldn’t be more different.

Django Reinhardt is a gypsy at the peak of his career during the German Occupation of Paris. While he plays swing music at the popular hangout Folies Bergères, his gypsy brethren are hunted down and massacred all around Europe. When the German propaganda ministry asks him to go to Berlin for a series of concerts, he rejects the offer and flees to Switzerland with his mother and pregnant wife. Little did they know that they would get caught up in the middle of World War II.

Yassine, a young Moroccan man studying architecture in Paris, forfeits his visa after failing an exam. He then asks his best friend—another straight man—to marry him so he can extend his stay in Paris. Hilarity ensues as they avoid an investigator who is hell-bent on proving that their marriage is a sham.

This animated film tells the story of Louise, an old lady who lives in the small seaside station of Biligen. She lives in a deserted town where weather rapidly deteriorates, add to that the high tides that cut electricity and all means of communication. Will Louise survive winter?

This movie tells the story of one troubled woman at four different stages in her life: A country girl, caught up in a tragic game of hide-and-seek, a teenage runaway who bounces from man to man, a young woman who moves to Paris, and a woman who thought she was safe from her own past.

Maureen, an American living in Paris, works as a personal shopper for Kyra, a celebrity. To others, it may seem that Maureen leads a pretty boring life but unknown to many, she can communicate with spirits, an ability that Lewis, her dead brother, also possessed. Things start to become weird when she receives messages from an unknown source.

Polina is a gifted ballerina who joins the prestigious school of Professor Bojinsky, who trains dancers for the Bolshoi Theater. At only 18, her dream of dancing at Bolshoi finally comes true. This is where she meets Adrien, a charming French dancer, who will help her to discover not only love, but a new form of dance.

Twenty-two-year-old Thomas joins an isolated community in the mountains run by former drug addicts, where he discovers friendship, love, and faith.

Guillaume Canet is a 43-year-old actor whose life seems picture-perfect. He has a loving family, a country house where he keeps his prized horses, and he is respected in his industry and community. Despite this, Guillaume feels like a has-been. He then decides that should act young again, much to the bewilderment of his friends and family.

Leïla wakes up in an empty city, following a mysterious catastrophe. As she wanders the deserted streets of Fortville, she chances upon four other teenagers. The five characters join forces in order to survive, all the while trying to figure out what happened to the rest of humanity.

Sylvain Marot—a Parisian cop known for his exceptional driving skills—gets transferred to the Marseille Municipal Police against his will. He is partnered with Eddy Maklouf, one of the worst drivers in the city. Together, they are tasked to catch the formidable "Gang of Italians" who is notorious for stealing jewelry around Marseille.

Adapted from the classic French novel Une Vie by Guy de Maupassant, the film recounts the life of a young woman in Normandy during the early 19th century. When she returns home from a convent, her heart is suddenly awakened by a local viscount.

Barely 21, Yves Saint Laurent is handed the reins of the prestigious fashion house founded by Christian Dior, who has recently died. During his first fashion show, he meets Pierre Bergé. As lovers and business partners, they establish the Yves Saint Laurent label. Despite his obsessions and his inner demons, Yves Saint Laurent revolutionizes the world of fashion with his modern and iconoclastic approach.

Ticket prices are priced at P150 and may be purchased at the cinema lobby or online via SureSeats. For more information about the films and screening schedules, log on to the French Embassy in the Philippines’ Facebook page and the Ayala Malls' Facebook page.