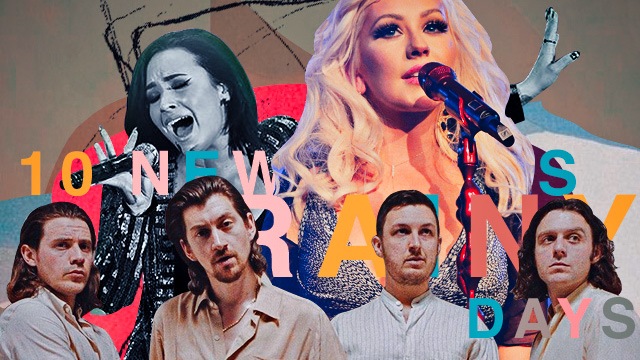 Welcome the rain showers with tunes from Christina Aguilera, Florence + The Machine, Arctic Monkeys, and more! 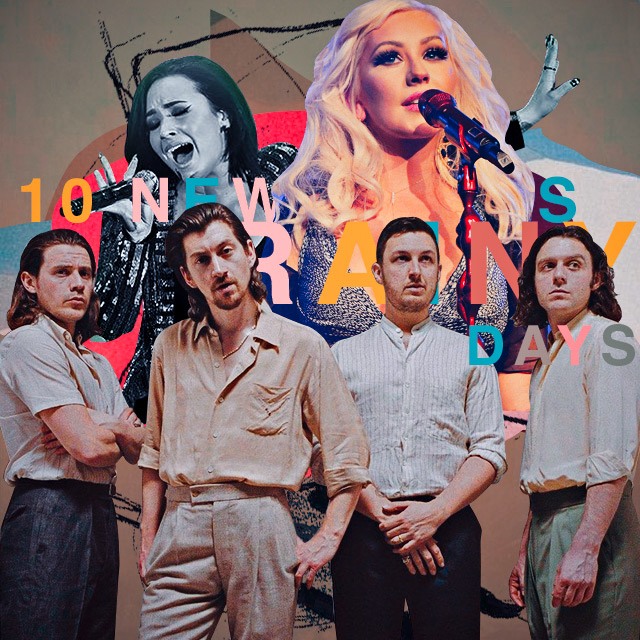 (SPOT.ph) Seems like the wet season is upon us, and we’ve got just the right tunes to keep you company through the rainy days. This month's recommendations include Christina Aguilera and Demi Lovato's powerful pop ballad, Florence + The Machine's poetic new single, Arctic Monkeys' rich track, Panic! At The Disco's motivational anthem, and Norwegian singer-songwriter Sigrid's bubbly ditty. We also have local musicians Marc Abaya, We Are Imaginary, Rusty Machines, The Strange Creatures, and Fiona with their unique OPM offerings.

Vocal powerhouses Christina Aguilera and Demi Lovato team up in this moving pop ballad. The two make a statement about women empowerment using hard-hitting lyrics and vocal acrobatics in this slow-tempo, pulsating number.

Fun fact: Aguilera's new album, Liberation, is set to come out on June 15.

Marc Abaya (frontman of Kjwan) goes solo in "Red Bleeds to Blue," a rock ballad that tackles the beauty in goodbyes. Abaya offers soothing vocals (perfect for your days of contemplation) in this guitar-led track.

Fun fact: This is Abaya's debut solo single. He recently opened the "Red Bleeds to Blue" Tour on May 31 at Route 196 in Quezon City.

"Hunger" opens with irresistible oohs laced with undeniable pop flair. It then transitions to poetic verses and catchy hooks that make for an LSS-inducing tune. A contemplative piece, the song touches on man's hunger for love and the ways through which we try to feel less alone.

Fun fact: "Hunger" is the lead single off Florence + The Machine's forthcoming fourth studio album, High As Hope, due for release on June 29.

"Dekada," off We Are Imaginary's forthcoming album, is a dreamy indie-pop number with edgy guitar parts that contrast with the relaxed vocals. Have a last-minute road trip before typhoon season goes into full swing? Add this to your playlist, stat.

Song: "Four Out of Five"

Arctic Monkeys features a more lounge- and sci-fi-inspired music in their latest record. Their new single, "Four Out of Five," is a slow and groovy track with prominent vintage keyboard echoes that will remind you of old art films. It's not as guitar-heavy as their past singles, but it's just as lush.

Fun fact: The band recently released their sixth studio album (their first one in five years), Tranquility Base Hotel & Casino, which contains 11 tracks.

Song: "If That's What You Want"

Let local band Rusty Machines add a refreshing alternative rock flavor to your rainy-day playlist. Their '80s and indie influences are evident in their memorable new single, "If That's What You Want." Watch for the impressive guitars at the end of the track.

Fun fact: Among the band's influences are The Strokes, Phoenix, Arctic Monkeys, Urbandub, Franco, Sandwich, and Up Dharma Down.

Artist: Panic! At The Disco

Improve your mood despite the gloomy weather with Panic! At The Disco's "High Hopes." The third single off the band's forthcoming album (Pray for the Wicked, out on June 22) is an anthem exploding with good vibes, guaranteed to lift your spirits. It features the band's recognizable rock sound, enhanced with blaring brass and strings sections.

Fun fact: Panic! At The Disco frontman and the only remaining original member, Brendon Urie, left a heartfelt message for their fans in their YouTube post of the song: "I spent too long not setting my expectations high enough, worried about how it felt to fail. I hit a point when I realized I had to aim high and fail, fail, fail in order to keep growing. This one is for all of you who helped me go for it all. I thank you."

Fun fact: The indie-pop band was formed in January 2013.

Norwegian musician Sigrid sings about staying true to yourself and being authentic in her hot new single. "High Five" is a bubbly pop tune with a serious message about honesty in relationships. Her distinct vocals shine in the song's infectious chorus that might just get you dancing, too.

Singer-songwriter Fiona is out with "Dreamer," a sneak peek into a musical the young artist is working on. The sparkly ditty with playful piano is the kind of teaser that will make you eagerly await what else she has in store.