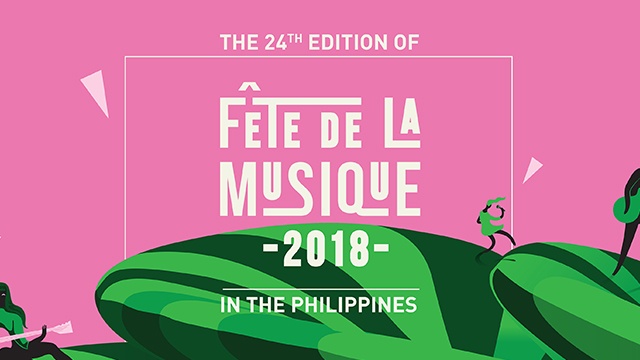 Plus, this year's festival now has an app!

(SPOT.ph) Get ready to experience what the local music scene has to offer as Fête de la Musique makes a comeback on June 23, 29, and 30! The 24th edition of the festival promises a more exciting lineup and more stages, including main stages in Baguio City and Pagsanjan, Laguna. The best part? It's all for free! 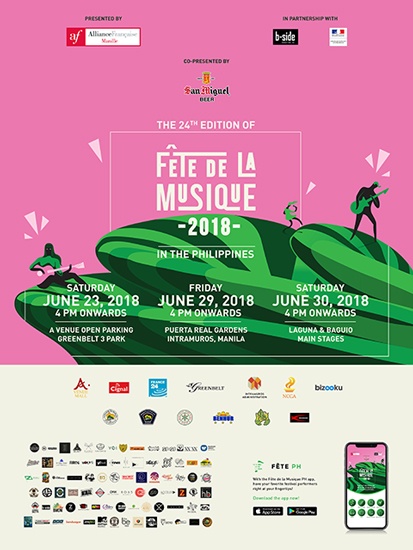 For the first time, a pre-Fête stage will be set at the Rizal Park Open Air Auditorium on June 16 to hype the festivities. Performers include Chicosci, GRT – Gin Rum and Truth, Jana Garcia, and more.

On June 23, well-known bands and up-and-coming artists will rock the main stages at A. Venue Open Parking Lot and Greenbelt 3 Park, from 4 p.m. onwards. Artists included in the lineup are Ourselves The Elves, Pedicab, Orange and Lemons, Brass Pas Pas Pas Pas, Kjwan, Motherbass, and BP Valenzuela. On the same day, there will be 35 genre-based pocket stages scattered across different bars, restaurants, artistic spaces, and cultural hubs around Makati City.

The Puerta Real Gardens in Intramuros will be transformed into a concert venue for Sandwich, Apartel, Ebe Dancel, Autotelic, Tom’s Story, and many more on June 29, starting at 4 p.m. They will also be joined by Lady’s Symphony, rising stars of the electro-pop scene in Europe.

Those who aren't from the Metro get in on the fun too, because on June 30, the main stage in Baguio City will be headlined by Ang Bandang Shirley and Kat Agarrado. On the same day, artists from Laguna take center stage in the two main stages in their own province, celebrating traditional music and hip hop. 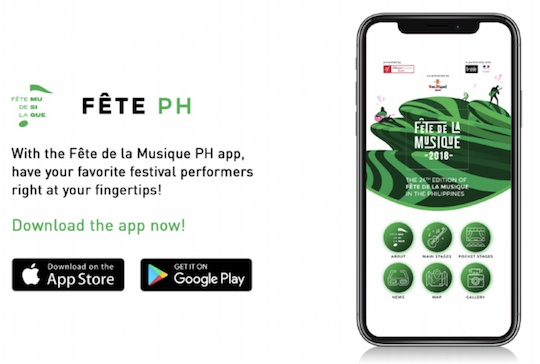 There's so much going on you might be worried that you won't be able to keep track of everything. But don't worry, because this year, organizers Alliance Française de Manille and B-Side Productions have also made it easier for fans to navigate the free-for-all music festival through the Fête de la Musique PH app. Created with the help of app publisher Bizooko, fans can check out schedules, location of stages, and even contact the bar or location managers of each stage via the app. The app also updates in real time and it can inform users if there are changes in the schedule or if a band is running late.

By simply downloading the app on Google Play or Apple Store, festival-goers also get a free bottle of beer, while supplies last. This can be redeemed at their stage of choice, according to Alejandro James Chiongbian, President of Bizooku Philippines, Inc. After all, nothing could be better than having a beer in hand while listening to great music.

Fête de la Musique is on June 23 at A. Venue Open Parking Lot and Greenbelt 3 Park; June 29 at Puerto Real Gardens in Intramuros; and on June 30 in Baguio City and Pagsanjan, Laguna.