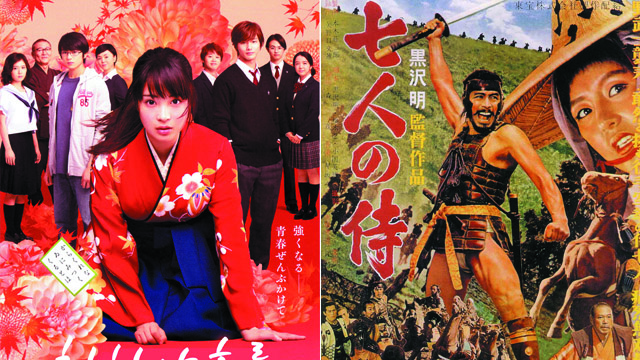 The SPOT.ph Guide to EIGASAI: The Japanese Film Festival 2018

Get the lowdown on the films to be screened, plus talks, exhibits, performances, and more!

(SPOT.ph) Get ready, cinephiles; EIGASAI: The Japanese Film Festival 2018 will be held all the around the country from July 4 to August 26. This is the 21st year of the widely popular film festival, which is held in honor of Philippine-Japan Friendship Month.

This year’s selection will include 15 full-length feature films which will be screened around the Metro at Greenbelt 1 (July 4 to 8), the Ateneo De Manila University (July 4 to 6), Cinémathèque Centre Manila (August 5), the Cultural Center of the Philippines (August 4 to 17), and Cine Adarna at the University of the Philippines - Diliman (August 15 to 18).

As with previous years, admission is free on a first-come, first-served basis. However, a minimal fee of P100 is required at Greenbelt 1, and tickets can be bought online or at the cinema ticket booth starting June 27.

Aside from screening of movies, this year’s festivities will also be held in conjunction with the Japan Foundation’s arts, cultural, and dialogue projects.  One of the most anticipated events is the Director’s Talks, which will be held on July 6 at the Ateneo de Manila University and July 7 at Greenbelt 1, Cinema 2. The invited speaker is none other than Nori Koizumi, the director of Chihayafuru, one of the EIGASAI entries.

Of Love and Law’s director, Hikaru Toda, will also be present at its Philippine premiere on August 4 at the Cultural Center of the Philippines (CCP) during the Cinemalaya Philippine Independent Film Festival, and during the panel discussion on August 5 at Cinémathèque Centre Manila. Oriza Hirata of When The Curtain Rises will give a one-time special talk at the CCP's Dream Theater on August 17, along with the screening of his film.

There will also be a demonstration of karuta, a traditional Japanese card game featured in the Chihayafuru film series. This will be at the Ateneo De Manila University on July 4 and 5, shortly before the film screening.

To coincide with the screening of Akira Kurusowa’s Seven Samurai, there will be an exhibition about Japanese martial arts called The Spirit of Budo: The History of Japan's Martial Arts at the National Museum of the Philippines from July 21 to September 26.

Excited? Well, get ready to get even more pumped up—check out the featured films for this year's EIGASAI film festival:

Chihaya, Arata, and Taichi are childhood friends who grew up playing competitive karuta, a Japanese card game that uses verses from traditional poems. As they grew up, they also grew apart. Chihaya and Taichi are later reunited in high school, where they form the Competitive Karuta Club so they can compete in the national championships. Meanwhile, Arata has given up karuta because of a personal tragedy and it is up to his friends to reignite his passion for the sport. Soon, Taichi and Arata find themselves competing in karuta, and for Chihaya’s heart.

This is an adaptation of a play by Oriza Hirata called Bayside Shakedown, a coming-of-age story about a group of high school students who are members of a drama club. This film stars the members of idol group Momoiro Clover Z.

This is a documentary about Japanese society, viewed from the lens of LGBT individuals and those who are left out of Japan’s family registry system. The main case studies are Kazu and Fumi, an openly gay couple who run a law office in downtown Osaka. They met 15 years ago and they have been inseperable since. While they both dream of being parents, Japanese law sadly won't allow them to be so. One day, they decide to take care of a boy who has no place to go.

A classic in Japanese film, this is Akira Kurosawa’s timeless tale of vengeance and justice. After being attacked and pillaged by bandits year after year, a village hires a group of seven samurai to teach them how to fight. This unlikely group of heroes soon find themselves training for a group of defenseless people who couldn’t find anyone else to rely on.