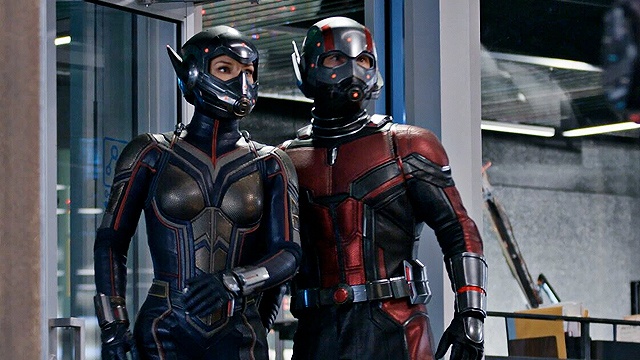 Ant-Man and the Wasp, Mamma Mia! Here We Go Again, and more!

(SPOT.ph) Rain or shine, flood or dreaded traffic, there’s still something to brighten up your day: New movies! This July, see the return of Paul Rudd on the big screen, sing your heart out with Meryl Streep, and take on more dangerous missions with Tom Cruise. Here are all the new flicks you can catch this month.

If you missed Ant-Man in Avengers: Infinity War, a new chapter in his story hits theaters very soon! Scott Lang (Paul Rudd) finds himself teaming up with a new partner in Hope van Dyne (Evangeline Lilly) a.k.a. Wasp. The result? A hilarious superhero romp that will likely but as creative and entertaining as the first.

Part-crime thriller and part-romance, Siberia centers on a diamond merchant (Keanu Reeves) who flies to Russia to sell rare blue diamonds. His deal begins to fall apart when he becomes obsessed with a Russian café owner in a small town.

Up for some heart-stopping action? This movie starring Dwayne Johnson should be right up your alley. He plays a former hostage rescue leader and war veteran named Will Ford, who now lives a relatively quiet life as he assesses security for skyscrapers. While on assignment, the tallest and safest building in the world is set on fire and he is framed for the terrorist attack.

I Love You, Hater

Netflix ventures into the post-apocalyptic genre with its new original movie. A massive and mysterious apocalyptic event sends the world into chaos, forcing a young man (Theo James) and his estranged father-in-law (Forest Whitaker) to survive together.

Take a trip back to scenic Greece and catchy ABBA music in the sequel to the 2008 hit musical. Set 10 years after the events of Mamma Mia!, Sophie (Amanda Seyfried) is now pregnant and running her mother’s (Meryl Streep) villa. Worried that she can’t do it by herself without her mother around, Sophie decides to learn more about her mom’s past. Christine Baranski, Julie Walters, Pierce Brosnan, Colin Firth, Stellan Skarsgard, and Dominic Cooper all reprise their roles, now alongside Cher and Andy Garcia.

Father of the Year

The next film in Netflix and Adam Sandler’s long-running partnership is this comedy about two recent college graduates who debate whose dad would win in a fight. Soon, their question becomes way less hypothetical than they ever imagined it would be.

Not really into Adam Sandler’s particular brand of mindless comedy? Give this foreign-language thriller from Netflix a try! In The Warning, a math genius discovers a peculiar pattern of deaths at a local gas station and tries warn the next victim: A 10-year-old who knows his life is in danger, even though no one seems to believe him.

Mamma Mia: Here We Go Again Mission Impossible: Fallout The Warning Father Of The Year How It Ends I Love You Hater Skyscraper Siberia Ant-man And The Wasp Release Date New Movies Extinction