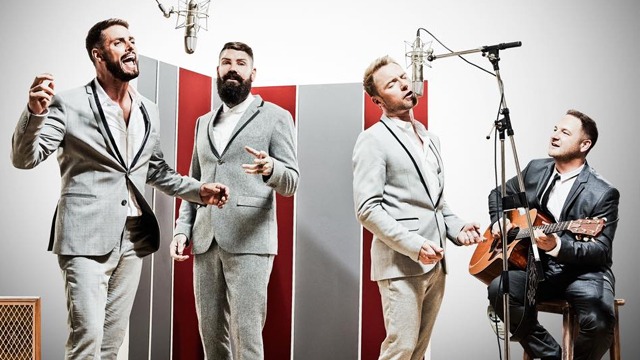 Mark Your Calendars: Boyzone Is Coming to Manila for Their Farewell Tour

Can you believe it's been 25 years?

(SPOT.ph) The highlights of the '90s includes all the boy bands that played on the radio and how you probably imagined them serenading you with your favorite love song. And now those daydreams are now coming true because Irish boy band Boyzone is stopping by Manila on August 26 at the SM Mall of Asia Arena at 8 p.m. for their anniversary tour. 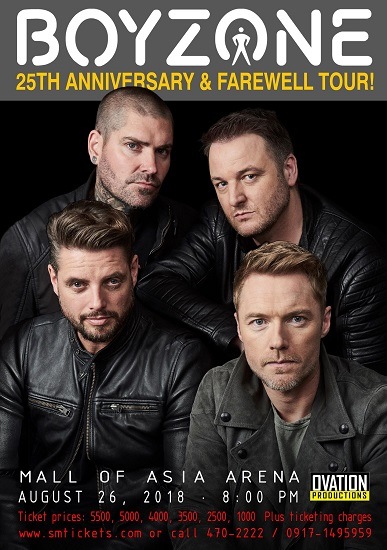 While the band will be marking their 25th year together with their fans during the concert, they will also be bidding farewell as they have announced they will be disbanding after the celebrations.

Boyzone's members include Keith Duffy, Ronan Keating, Michael Graham, and Shane Lynch. (Their fifth member, Stephen Gately, passed away in 2009.) They've had over 21 singles in the Top 40 charts in the United Kingdom and 22 singles in the Irish charts. Some of their biggest hits include cover songs—that you might not have even known were covers—like Tracy Chapman's "Baby Can I Hold You" and the Bee Gees' "Words."  Their most beloved original songs include "Love Me for a Reason," "Picture of You," and "No Matter What." To get you ready for the concert, we round up their best songs so you can listen to them and sing along (because you know you still know the lyrics by heart).

Boyzone's 25th Anniversary and Farewell Tour in Manila is on August 26 at the SM Mall of Asia Arena at 8 p.m. For more information, visit SM Tickets' website.

Concert Boyzone
Your Guide to Thriving in This Strange New World
Staying
In? What to watch, what to eat, and where to shop from home
OR
Heading
Out? What you need to know to stay safe when heading out