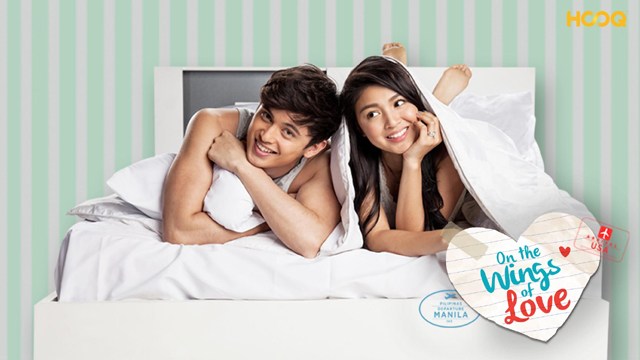 Are you ready to binge-watch?

(SPOT.ph) There's no denying Nadine Lustre and James Reid's chemistry—both onscreen and off. The reel-turned-real couple has been charming the hearts of fans ever since they starred in their first movie together, Diary ng Panget, in 2014 (though Lustre starred in Reid's music video in 2013.) They had a few more movies released since then, but what really won audiences over was their 2015 teleserye, On the Wings of Love.

In the show, Lustre played Leah Olivar, who gets married to Reid's Clark Medina so she can stay and work legally in the United States. Directed by Antoinette Jadaone and Jojo Saguin, On the Wings of Love (OTWOL) was well-received by viewers and it also won multiple awards during its run. Needless to say, it solidified JaDine as a love team.

Now, fans can watch Leah and Clark—and also Lustre and Reid—fall in love all over again because OTWOL will be made available on video-on-demand service HOOQ starting on July 12. HOOQ is the first service to have all episodes of the show available on their platform.

Aside from OTWOL, you can also watch Meet Me in St. Gallen and GMA's Contessa on HOOQ this July. As for Hollywood movies, they'll have Interstellar, San Andreas, John Wick, Man on a Ledge, The Last Witch Hunter, Point Break, Ready Player One, Jupiter Ascending, American Sniper, and Mad Max: Fury Road.