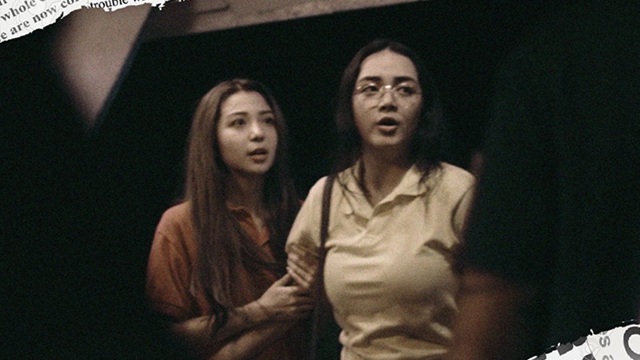 WATCH: This Suspense-Filled Crime Thriller Is Based on a True Story

The case of the Chiong sisters had the country riveted in the '90s.

(SPOT.ph) There's something that makes an already-creepy movie even more terrifying when you find out that it's actually based on a true story. It's disturbing and heartbreaking to know that someone actually went through what's happening to the characters on the big screen. At the same time, it piques your interest as you try and get to the bottom of things, even just as a moviegoer. The latest true-crime movie likely to get you hooked and investigating—or at least, reading as much as you can about it—is Viva Films' Jacqueline Comes Home (The Chiong Story), which hits theaters on July 18.

The movie is based on the real-life story of the Chiong sisters who went missing in Cebu in 1997. The case still generates plenty of debate to this day, but sisters Marijoy (played by Donnalyn Bartolome) and Jacqueline (played by Meg Imperial) were allegedly abducted from a mall in Cebu, raped, then killed, though only Marijoy's body has been found. Seven men were convicted for the crime, some of them from Cebu's most prominent families. One of them is Francisco Juan "Paco" Larrañaga (played by Ryan Eigenmann). The movie follows the gruesome events all the way to the Chiongs' (Joel Torre and Alma Moreno) quest to bring Jacqueline home.

Jacqueline Comes Home (The Chiong Story) was directed by Ysabelle Peach Caparas, whose father, filmmaker Carlo J. Caparas, served as assistant director. The film was produced with the permission of the Chiong family.

A documentary film about the Chiong case, Give Up Tomorrow, was also released in 2011. The film takes a close look at the Philippines' justice system, as Larrañaga has always maintained that he was in Manila—with witnesses attesting to that fact—at the time of the murders. Give Up Tomorrow earned awards from multiple film festivals around the world, including the Tribeca Film Festival.