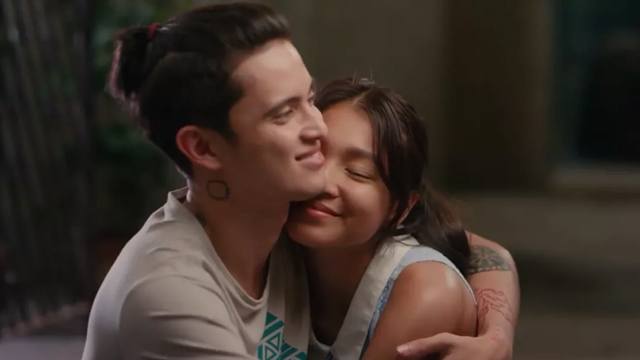 These Are the Most Talked-About Pinoy Celebrities, Movies, and Shows According to Twitter

(SPOT.ph) It’s no secret that Pinoys love to use social media—and of course, Twitter. From hilarious memes and jokes about pop-culture events to schooling celebrities about graphic design and ramen, Twitter is one of the go-to social networks to talk about anything and everything that’s happening. Of course, that also includes talking about what Pinoys are watching on the big and small screen. So, since we’re halfway into the year and there's a lot that already went down, Twitter Philippines has revealed the most tweeted-about local celebs, shows, and movies from January to June of 2018.

As we enter 2nd half of 2018, let's look back on #WhatsHappening in the entertainment scene that continuously drive the Filipino community to Twitter.

Congratulations to #NeverNotLoveYou as the top Pinoy movies that was most talked-about for the month of January-June 2018 ???????? pic.twitter.com/0DCZVsHCRJ

Last year's most popular TV show on Twitter was ABS-CBN's La Luna Sangre, which starred Daniel Padilla and Kathryn Bernardo. This year, it's Bagani, with Liza Soberano and Enrique Gil as its leads. Also included on the list are Wildflower starring Maja Salvador and GMA's Kambal Karibal. Rounding up the list are Since I Found You with Piolo Pascual, Alessandra de Rossi and Empoy Marquez, and GMA's Sherlock Jr., which stars Ruru Madrid and Gabbi Garcia.

Just in time for her 3rd anniversary in the industry, @mainedcm remains to be the top female ???????? celebrity on Twitter.

And remaining on the top spot for the male ???????? celebrities on Twitter is @vicegandako with the on-going success of his concerts, shows & Vice Cosmetics. pic.twitter.com/cLx3jPBVF6

As for the celebrities, last year's top personalities return to the first of the list once again. It comes as no surprise that Maine Mendoza is still the most talked-about female celebrity, followed by Maris Racal, Kathryn Bernardo, Maymay Entrata, and Loisa Andalio. As for the male celebrities, Vice Ganda is at the top of the list again, followed by Donny Pangilinan, Alden Richards, James Reid, and Ronnie Alonte.

With only few weeks before their 3rd anniversary, #AlDub @mainedcm @aldenrichards02 is still unbeatable at the top spot of the most talked-about ???? teams on Twitter for the month of January - June this year ???????? pic.twitter.com/fEeHFTpmVE

And of course, what's Pinoy entertainment without love teams? After three years since their pairing began, Alden Richards and Maine Mendoza's AlDub is still the number-one love team on Twitter. They're followed by relative newcomers like Maymay Entra and Edward Barbers' MayWard, Kisses Delavin and Tony Labrusca's KisTon, and Donny Pangilinan and Kisses Delavin's DonKiss. James Reid and Nadine Lustre's JaDine rounds up the list at the fifth spot.

It's only the first half of 2018, which means fans—and Twitter users—still have a lot of trending topics to talk about and hashtags to use all the way until December.