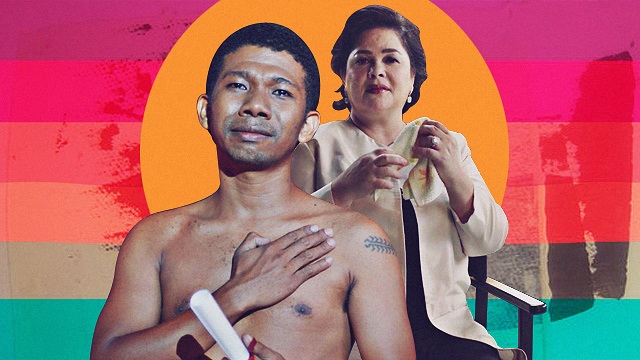 Which ones made you cry?

(SPOT.ph) Stop for a minute and think of the old commercials you haven’t forgotten until now. Chances are they’re TV ads that made a huge impression on you back when you were a kid, but 2018 is proving that loads of brands are coming up with new concepts that'll give those old favorites a run for their money. And because we’re always a sucker for a great story behind a memorable ad, here are 10 local TVCs you won’t be forgetting anytime soon.

Safeguard had us all in tears when they released this ad about the first Aeta graduate from the University of the Philippines, Norman King. The commercial focuses on his story growing up and going to school as someone who was raised a bit differently than everyone else—and by the end, we’re reminded that that’s not necessarily a bad thing. BRB, wiping away our tears.

School of Acting With Jaclyn Jose from Lazada

If you ever thought you had the chops to get into acting, take lessons from internationally acclaimed actress Jaclyn Jose, who gives some hilarious performances in a series of ads by Lazada. While we’re not sure we’ll ever nail her subtle acting style, the ads are still a great way to get out some LOLs.

Jollibee has been upping its game every Valentine’s Day, releasing a string of hugot-inspiring ads that leave us an emotional mess. This year, one of their videos, entitled Homecoming, was a sequel to the 2017 Crush, focusing on the two characters whose love story revolved around Jollibee burgers and cute sticky notes—only this time, you finally got to see the ending everyone was waiting for.

Learning to Love from Vicks

You'd better get your tissues ready if you're planning to watch Vicks' Learning to Love ad, which tells the story of how one night, a man—who dropped out of school, was thrown out by his parents, and was meandering the streets without a real job—finds an abandoned child next door. What follows next is his unlikely journey into fatherhood. And what’ll really get you bawling is when you find out the ad was based on a true story.

With a catchy jingle and some funky dance moves care of Pinoy Big Brother Big Winner Maymay Entrata, Nestea’s putting a new spin on the phrase "Push mo 'yan, teh." Entrata's crazy choreography and hilarious take on her only minutes-long role will have you in stitches.

How Long Can You Keep a Secret? from Bench

This cute ad about crushes premiered during Valentine’s season, but it would have made a great commercial to air during the recent Pride Month as well. No spoiler alerts here—seriously, wait for the end!—but the video focuses on a young man pining for a schoolmate. He might think he's being subtle, but his dad is picking up on the clues as well.

Is it possible to get out of the "bes" zone? Selecta thinks so, especially with its #CONEfessions campaign that was launched for Valentine’s Day early this year. You might not be sure if your own confessions are gonna work out, but ice cream will be there for you no matter how it works out.

Face to Face from NIDO

When you get kids to recreate childhood photos of their parents, you’d expect to have an adorable video that leaves you grinning from ear to ear. But that’s not what NIDO did with their Mother’s Day ad. Instead, they added a heartwarming and tear-jerking twist with their candid interviews with the kids and their parents.

Meet the Best Buds in the Universe from Globe

This charming TVC zooms in on the heartwarming friendship between two boys who go through just about everything together. A great treat for anyone with a special love for Star Wars—one of the characters is lovingly referred to as Chewy, after all—the ad will make you want to call up your best friend right after seeing it.