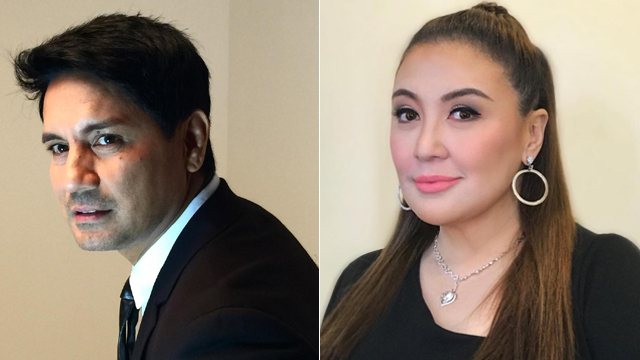 The former love team (and exes) have been hinting at a project.

(SPOT.ph) If there's one thing Pinoy entertainment loves more than love teams, it's probably love teams turned real-life couples. But it seems that fans also love it when they see old favorites reunite. Case in point: Sharon Cuneta's reunion commercial with ex-husband Gabby Concepcion. The ad was only a minute and a half long, but it already got fans into a frenzy. After that, Cuneta also made a movie with another ex, Robin Padilla, called Unexpectedly Yours.

You can only imagine what would happen if Cuneta reunited with another one of her former flames, namely Richard Gomez. But it looks like we're going to find out, because Cuneta and Gomez have been hinting at a new project in the works.

Cuneta and Gomez famously dated in the '90s. Cuneta reveals later on that her breakup with Gomez was one of the most painful ones she went through since she considers him one of her "great loves." Together, they starred in Kahit Wala Ka Na in 1989, Kapantay ang Langit in 1994, and the box-office hit Minsan, Minahal Kita in 2000.

Gomez was recently interviewed on ABS-CBN morning talk show Umagang Kay Ganda, where he was asked about working with Cuneta again given that he has a comeback project with Star Cinema. "I look forward to working with her and sana matuloy," he says.

Cuneta also posted the interview on her own Instagram account, adding that the project is yet to be confirmed. "There has been no official announcement yet and am just waiting for my bosses to call and confirm with me. Pero it would be so wonderful to work with Richard again," she shares.

But according to a report from PEP, Cuneta commented on user @savannahnicole_tmu's post, saying, "I mija I think it’s for sure now. It’s Richard. Sshhhh."

No matter who ends up being Cuneta's leading man, it looks like her movie with Star Cinema is still pushing through, as one of her posts on Facebook teased that her movie will be coming out on November 2018.