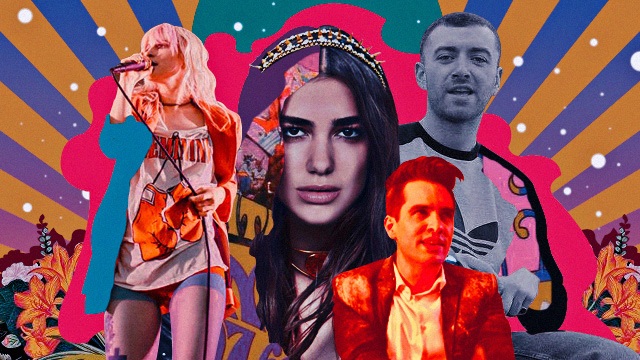 The second half of 2018 is going to be pretty packed for music fans!

(SPOT.ph) Music lovers ended 2017 with a lot of concerts to look forward to in 2018. And now that we’re halfway through the year, more artists have announced that they’ll be stopping by Manila for a concert. We round up all the ones you should add to your must-watch list, because it’s not too late to start saving up! 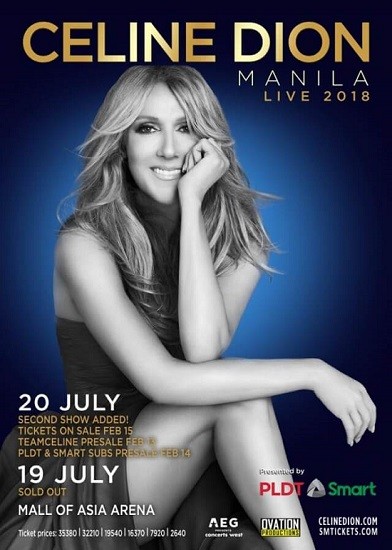 Celine Dion was originally scheduled to perform in Manila for the first time in 2014, but she had to cancel so she can tend to her late husband who was sick at the time. In January, she announced that she’ll be going on an Asia-Pacific Tour and will stop by the Philippines on July 19 for a supposedly one-night only concert. But due to popular demand—who wouldn’t want to hear classics like “My Heart Will Go On,” “The Power of Love,” and “Because You Loved Me”—a second show was added for July 20. 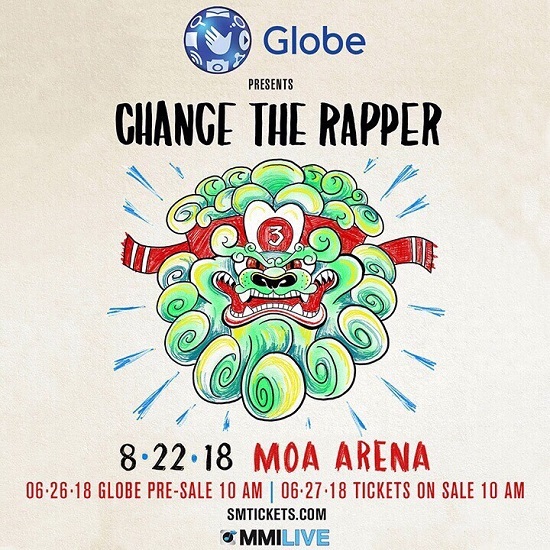 For his first-ever tour around Asia, hip-hop artist Chance the Rapper will be stopping by Manila. You can expect to hear songs from his album, Coloring Book, with hits like “No Problem,” “All Night,” and “Blessings.” Coloring Book won three Grammy awards in 2017, including one for Best Rap Album. Fun fact: It was the first time that an album only released on streaming platforms to be nominated for—and eventually win—a Grammy award. 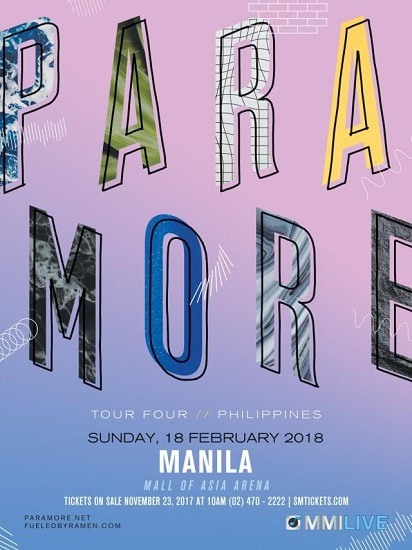 After postponing their concert in Manila originally scheduled for February 18, rock band Paramore has moved the date to August 23 to give lead singer Hayley Williams enough time to recover from an illness. You can expect that they'll be performing the songs that made them one of the most known bands around, such as "That's What You Get," "Crushcrushcrush," and "Misery Business." But they'll also be playing their latest singles like "Ain't It Fun," "Hard Times," and "Rose-Colored Boy." 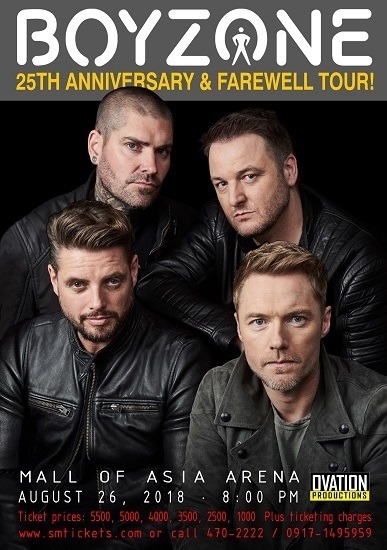 You can’t call yourself a '90s kid if you don’t know at least one of Boyzone’s covers-slash-hits like “Baby Can I Hold You” and “Words.” Of course, they’re also known for their original songs such as “Love Me for a Reason,” “No Matter What,” and “Picture of You.” Don’t lie to yourself: You probably still know all the lyrics by heart. 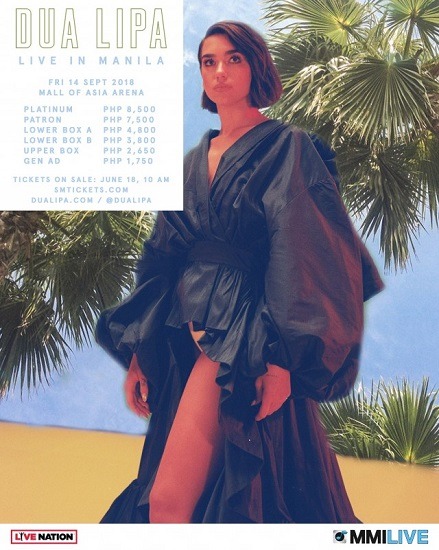 It won’t be Dua Lipa’s first time in Manila when she holds her solo concert this September—the 22-year-old was as one of the acts for In The Mix music festival in August 2017. Still, it’s going to be her first time performing a full set all on her own, and the crowd is sure to "Blow Your Mind" while you sing along to all her "New Rules" when she takes to the stage. 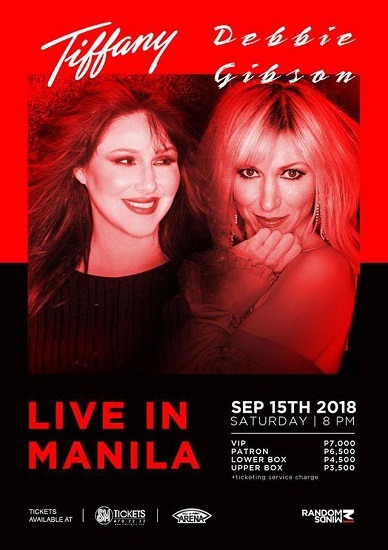 They might have been pitted against each other before as pop princesses in the late '80s (kind of like Britney Spears and Christina Aguilera were in the '90s), but Tiffany and Debbie Gibson are now set to share the stage together. They’ll be singing their classic hits like “Lost in Your Eyes” and "Foolish Beat for Gibson and “All This Time” and "It's the Lover" for Tiffany. 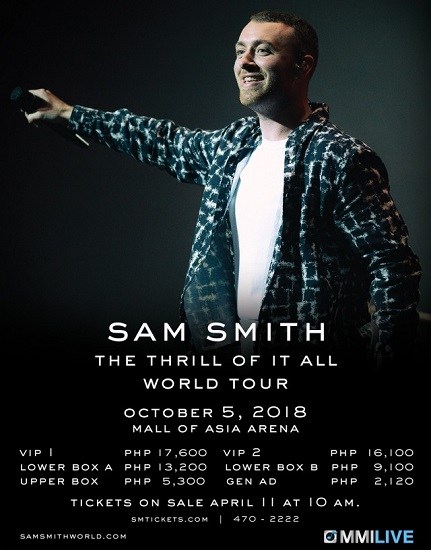 Sam Smith had the whole audience singing along to his heartbreaking tunes like “Stay With Me” and “I’m Not the Only One” when he last went to Manila in 2015. Now, he’s coming back to perform even more soulful songs off his album, The Thrill of It All, which includes “Too Good at Goodbyes” and “One Last Song.” 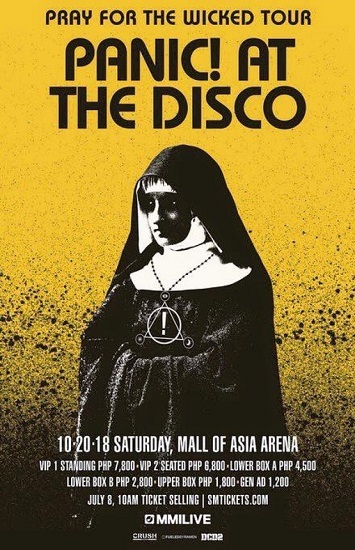 Panic! At the Disco

Panic! At the Disco’s first hits like “I Write Sins, Not Tragedies,” “Nine in the Afternoon,” and “New Perspective” were probably the theme songs of your angsty teen days. They’ve also got songs that you still jammed to as adults, like “Death of a Bachelor” and “This Is Gospel.” Now, the rock band will be performing new songs from their latest album Pray for the Wicked for their Manila concert in October. 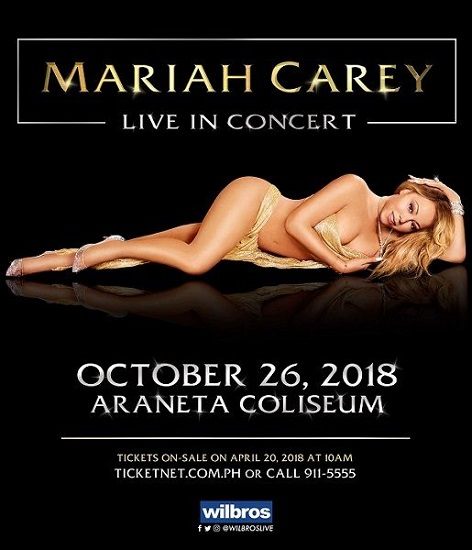 With 18 chart-topping singles like “Hero,” “Always Be My Baby,” “One Sweet Day,” and “Touch My Body,” and over 200 million records sold worldwide, it can't be denied that Mariah Carey is one of the best-selling female artists of all time. And after coming to Manila in 2014 for her The Elusive Chanteuse show, the diva is heading back to perform her best hits for her fans. 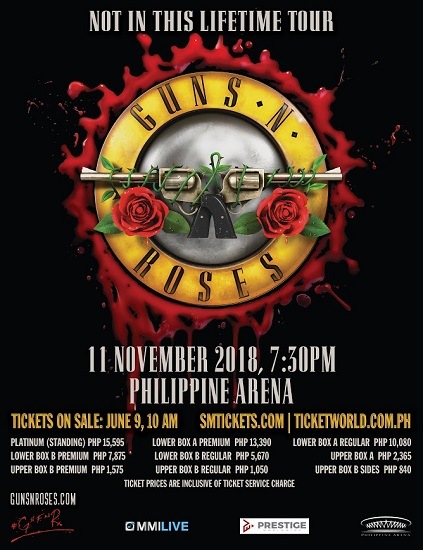 There’s no doubt that Guns N’ Roses is going down in history as one of the best rock 'n' roll bands of all time—everyone’s rocked out to "Sweet Child o’ Mine" and "Knockin’ On Heaven’s Door" at least once. And with their Not In This Lifetime tour, the band’s vocalist Axl Rose, guitarist Slash, and bassist Duff McKagan reunite on stage after 23 years.