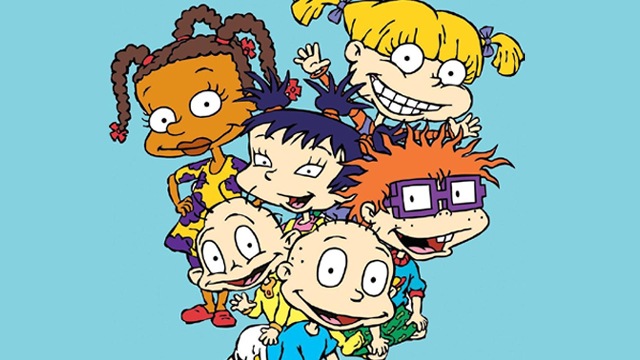 Attention, '90s Kids: A New Rugrats TV Series and Live-Action Movie Are in the Works

Your favorite babies are back!

(SPOT.ph) If you grew up in the '90s, chances are, you've watched your fair share of Rugrats, which followed the adventures (and misadventures of) Tommy Pickles, Chuckie Finster, Lil and Phil Deville, and Angelica Pickles. You might have also felt like you grew up with them, especially since they also came out with All Grown Up!, which is based around the same characters in their preteens.

Now, they're adding to the list of all the cartoon comebacks as there's a new, 26-episode TV series in the works based on the same characters. The original series ran from 1991 to 2004, with a total of 172 episodes.

The new show will still be helmed by the original series' creators—Arlene Klasky, Gábor Csupó, and Paul Germain—so you know that it'll be in good hands. While your favorite babies will still be the stars of the show, new characters will also be introduced, kind of like how The Rugrats Movie introduced Tommy's brother Dil. There's no word yet on when the series premiere will be, but production is reportedly already ongoing.

Speaking of movies, they'll also be producing a live-action Rugrats movie with CGI characters. According to Deadline, the movie will be written by David A. Goodman, who's worked on other series like Futurama and American Dad. It's slated to be released on November 13, 2020. There have been three Rugrats movie so far: The Rugrats Movie in 1998, Rugrats in Paris: The Movie in 2000, and Rugrats Go Wild (which is a crossover with TV series The Wild Thornberrys) in 2003.