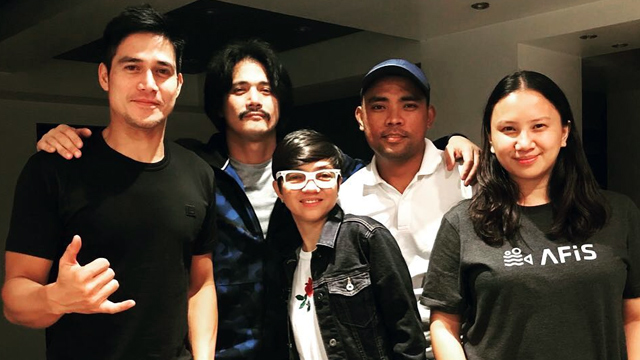 He's working on it with Joyce Bernal and Jasmine Curtis-Smith.

(SPOT.ph) In January, Piolo Pascual, along with director Joyce Bernal and Robin Padilla headed to war-torn Marawi for a visit. After their trip, they revealed that they were planning on creating a film about the city and its residents—who have gone through a lot because of the Battle of Marawi that happened from May 2017 to October 2017.

Pascual talks about their plans in a report by Pep, saying, "I think what’s important is we cannot turn a blind eye anymore with what has happened in our country. I think it’s important for us to be involved." And it looks like their plans are finally pushing through because Spring Films—headed by Pascual and Bernal—is producing an advocacy film entitled Children of the Lake.

According to Spring Films' official Facebook page, the film will be directed by Sheron Dayoc, who is most known for the 2016 drama about women in a Muslim community called Women of the Weeping River. Pascual will be starring alongside Padilla, Mylene Dizon, Jasmine Curtis-Smith, Sid Lucero, and Ronnie Lazaro. The cast also includes Ronnie Quizon, Mark Anthony Celebrado, Marc Felix, Jessi Mendoza, and Mariam Zimadar. Bernal, meanwhile, is the project's creative producer.

The entirety of the movie will be filmed on location in Marawi. "It will also feature the people of Marawi who are still living in the city, real soldiers and other personalities," the post says.

The premiere date is tentatively set for either May 2019—in time for the second-year anniversary of the siege—or on June 2019 for Independence Day.