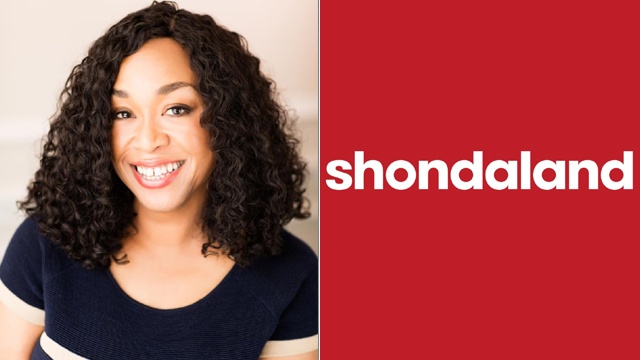 If You Love Grey's Anatomy, Scandal, and How to Get Away With Murder, You Have Eight New Shows to Look Forward to

Shondaland is coming to Netflix!

(SPOT.ph) We're about to start the 15th season of Grey's Anatomy—and even though most of the original cast have been replaced by new faces, you're probably still hooked on the life of Meredith Grey (Ellen Pompeo). Scandal, on the other hand, may have aired its last episode in April, but that doesn't mean you love Olivia Pope (Kerry Washington) and the award-winning show any less. And of course, How to Get Away With Murder still has you guessing about who is (or isn't) a murderer.

Needless to say, producer Shonda Rhimes—along with Betsy Beers and production company Shondaland—have gotten you invested in their dramatic TV shows and countless characters. And you're about to have a few more couples to ship and characters to cry over because Shondaland will be producing eight new series for Netflix. While all of the titles are still working titles, we list down what you can expect from the partnership that's already got us planning our binge-watch sessions.

The Debbie Allen Dance Academy's award-winning production of the classic The Nutcracker has made Debbie Allen one of the most recognized names in dance. This documentary-series will show audiences what goes on behind the curtains of such a successful show. Scandal's director, Oliver Bokelberg, will be the director, cinematographer, and producer.

Dark shows aren't anything new to Shondaland fans, but this one is set to be a dark, half-hour comedy about the apocalypse. A group of teenage girls at a summer camp have to use their survival skills and make sure that what's left of humanity still follows the law. Writer and actress Jill Alexander is the creator of the series.

Based on Kate Andersen Brower's book, The Residence: Inside the Private World of the White House, the series shows the life of an White House insider and what life is like when you share a home with the First Families of the United States.

Reset: My Fight for Inclusion and Lasting Change

Another series based on a book, this one takes on Ellen Pao's memoir of the same name. It tells the story of her groundbreaking career and the controversial gender-discrimination lawsuit she brought against her former employer at Silicon Valley.

Emmy-award-winning writer Janet Leahy, who's worked on Mad Men, Boston Legal, and Cheers, will be at the helm of this show set in the then-Mexican state of California in the 1840s. It'll revolve around the end of an era as Americans take the land for themselves by threatening war.

The Warmth of Other Suns

This series follows the migration of African-Americans leaving the South to look for greener pastures in the North and the West from 1916 to 1970. It's based on Pulitzer-Prize-winning writer Isabel Wilkerson's book of the same name. Award-winning playwright Anne Deavere Smith will be adapting the series.

The rich and powerful Bridgerton family of London take center-stage in this adaptation of Julia Quinn's best-selling novels. It takes a look at the fun, glittering, wealthy, sexual, but also sometimes painful and lonely lives of London's high society. Scandal producer Chris Van Dusen will be adapting the series and will be the showrunner as well.

After taking over the Internet, the New York magazine article by Jessica Presler, "How Anna Delvey Tricked New York's Party People" will be making its way to your binge-watch session. The series will explore how Delvey conned her way to get what she wants by pretending to be a German heiress. Rhimes herself will be the series creator.

No dates have been announced yet for any of the projects, but if they're anything like Shondaland's other shows, it looks like all of them will be worth the wait. We're already imagining the crossovers!