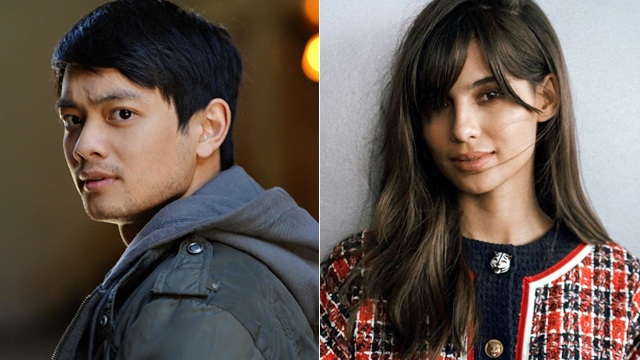 They've been scouting for locations around the Metro!

(SPOT.ph) It was first announced on July 13 that Osric Chau, who stars as Kevin Tran on the hit dark-fantasy show Supernatural, will be heading to Manila for the 2018 AsiaPOP Comicon. But during a press conference for the event on July 25, Chau revealed that he's actually been in the country for more than a month now because he's producing a new movie—and starring in it, too—with our very own Jasmine Curtis-Smith.

The movie, entitled Empty by Design, revolves around two people who return to the Philippines after being away for years. Chau—who is of Chinese heritage and hails from Vancouver—says that the movie is a passion project for those involved in it. Among those also working on the film is Chris Pang, an Australia-born actor of Chinese and Taiwanese descent. You'll also be seeing him in the upcoming Crazy Rich Asians movie. The movie will be directed by Andrea Walter.

In addition to Curtis and Pang, the cast also includes Dante Basco, whose voice would sound familiar to those who are fans of hit cartoon shows, Avatar: The Last Airbender and American Dragon: Jake Long. Basco is the voice behind Zuko on Avatar and Jake Long himself. He'll also be one of the producers of the movie.

Andrea Walter with other members of the crew

Production for the movie will soon be underway but based on the official Instagram account of Empty by Design, the cast and producers have been busy scouting for locations around the Metro.

There's no set date for the movie's premiere yet, but fingers crossed we'll get to see it on the big screen soon!