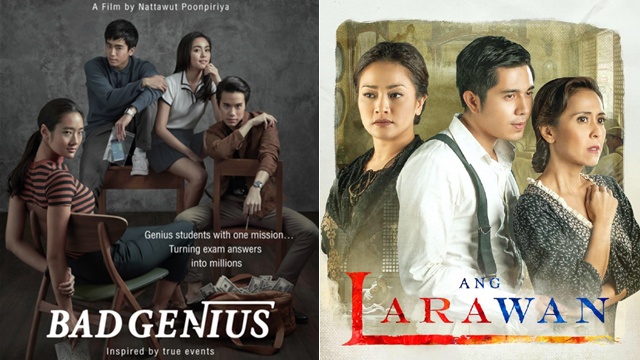 PSA: You Can Catch Hit Indie and Asian Movies for Free at Cinemalaya

No need to save up!

(SPOT.ph) Every year, the Cinemalaya Independent Film Festival always delivers when it comes to quality indie movies that movie buffs can enjoy. At P150 for each ticket (at least, for screenings at the Cultural Center of the Philippines), Cinemalaya's admission fee is already easy on the pocket. But here's the clincher: they also have screenings you can catch without having to spend anything at all.

Until August 12, you can catch fan-favorite indie movies and international hits for free at the theaters at the Cultural Center of the Philippines (CCP). You can catch them at Tanghalang Nicanor Abelardo, Tanghalang Huseng Batute, Tanghalang Aurelio Tolentino, and Tanghalang Manuel Conde. There are a lot of great movies in their lineup, so here's a list of some of the best ones that you can still see.

Directed by: Maryo J. de los Reyes
Screening schedule: August 9 at 6:15 p.m. at Tanghalang Manuel Conde
A definite classic in Filipino cinema, Magnifico is screening as part of a tribute to late director Maryo J. de los Reyes. Magnifico (Jiro Manio) is a young boy who is trying to fulfill his family's needs—from buying a wheelchair for his sister to building a coffin for his grandmother.

Directed by: Loy Arcenas
Screening schedule: August 8 at 9 p.m. at Tanghalang Aurelio Tolentino
The Best Picture winner of the 2017 Metro Manila Film Festival, Ang Larawan is a movie-musical based on Nick Joaquin's play, A Portrait of the Artist as Filipino. Starring Joanna Ampil (who won the award for Best Actress), Rachel Alejandro, and Paulo Avelino, the film follows two struggling sisters who are trying to sell their father's painting in order to make ends meet.

Directed by: Nattawut Poonpiriya
Screening schedule: August 10 at 6:15 p.m. at Tangahalang Aurelio Tolentino and August 11 at 12:45 p.m. at Tanghalang Manuel Conde
This Thai movie won fans over with a different kind of thrill that centers round a group of students who are trying to cheat their way through an exam.

Mga Mister ni Rosario is a rom-com-slash-drama that was one of the entries at the 2018 CineFilipino Film Festival. Every day, Sari (Kate Alejandrino) comes home to a different husband—as he is a dedicated method actor (Joross Gamboa) who lives the life of his characters. As a dedicated wife, she always plays along, but she faces a problem when her husband is offered the role of a serial killer.

In addition to these five must-see films, there will also be screenings of Alec Figuracion's The Eternity Between Seconds and Giancarlo Abrahan's Paki as part of the Best of the Festivals series. The Digital Classics series includes Mike de Leon's Batch '81 and Ishmael Bernal's Nunal sa Tubig. Manila by Night and Bagets will also be screened as tributes to Bernardo Bernardo and Maryo J. de los Reyes, respectively.

You can also catch documentaries like Jethro Cuenca Patalinghug's 50 Years of Fabulous, Patrick Alcedo's A Piece of Paradise, Bani Logroño's Honor: The Legacy of Jose Abad Santos, and Jhett Tolentino's Life Is What You Make It.

Mga Mister Ni Rosario Magnifico Bad Genius Respeto Ang Larawan Cinemalaya
Your Guide to Thriving in This Strange New World
Staying
In? What to watch, what to eat, and where to shop from home
OR
Heading
Out? What you need to know to stay safe when heading out