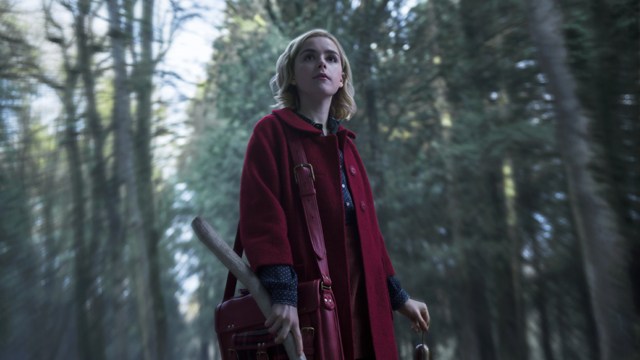 Here's Your First Look at Chilling Adventures of Sabrina

It's helmed by the same people behind Riverdale!

(SPOT.ph) Fans fell in love with their favorite characters from Archie Comics all over again when they were given a grittier story on TV with Netflix's Riverdale. And now, fans of Archie, Jughead, Veronica, and Betty have another exciting and edgier character to watch for: Sabrina Spellman. Netflix's new series, Chilling Adventures of Sabrina, is set to premiere worldwide on October 26. While it's still a few months away, we've got the exclusive first look at the series—and it looks like there are no laugh tracks and cute cats here.

The show's Sabrina Spellman is played by Kiernan Shipka, who's starred in Mad Men. The series is a coming-of-age story that follows Sabrina's struggles as she balances being half-witch and half-mortal all while protecting her family from mysterious, evil forces. It certainly makes for a dark narrative that'll have you hooked—especially if you're into horror-thrillers.