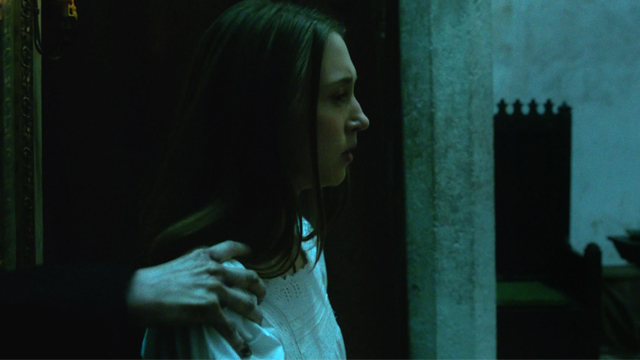 Goyo: Ang Batang Heneral, Sierra Burgess Is a Loser, The Nun, and more!

(SPOT.ph) The “Ber” months are officially here, so get ready to say hello to colder weather, Christmas songs in malls, and Jose Mari Chan memes. It also means a new batch of movies to catch in cinemas (or in the comfort of your couch, if you’re watching Netflix). Here are some of the films you need to see this September!

Release date: September 6
Weeks before it hit cinemas, The Nun infamously went viral for an unskippable ad on YouTube that pretty much terrified everyone. A prequel to The Conjuring and Annabelle films, the new movie centers on an isolated abbey where a young nun mysteriously takes her own life. When a Vatican priest (Damien Bechir) and a novice (Taissa Farmiga) are sent to investigate, they go face-to-face with a malevolent demonic nun.

Sierra Burgess Is a Loser

Release date: September 7
Netflix has been killing it with the rom-com films as of late (hello, Set It Up!), and this month is no exception. Noah Centineo from To All The Boys I’ve Loved Before returns in another teen romance, this time alongside Shannon Purser (a.k.a. Barb from Stranger Things). Purser stars as the titular character, a high school outcast who teams up with the most popular girl in the hopes of winning over her crush.

Release date: September 14
Manga fans, rejoice! A Japanese live-action adaptation of the long-running manga series is headed to Netflix this month. Sota Fukushi stars as Ichigo Kurosaki, a high school student who reluctantly becomes a Soul Reaper with the ability to summon souls from the dead.

Release date: September 19
After premiering at the Sundance Film Festival to critical acclaim, this thriller is finally hitting local cinemas this September. Shot entirely from the point of view of smartphones and computers, the film stars John Cho as David, a father on a desperate search for his missing daughter. Thirty-seven hours after her disappearance and with no leads, David decides to retrace his daughter’s footsteps through her laptop.

The House With Clocks in Its Walls

Release date: September 19
Set in the '50s, this adaptation centers on a 10-year-old boy who is forced to live with his uncle in a creaky, ancient house. He is soon thrust into a fantastical and dangerous world filled with witches and warlocks. Cate Blanchett and Jack Black topbill the cast.

Release date: September 27
In this onscreen twist on the yeti legend, Migo is a yeti determined to prove the existence of the “Smallfoot” creature—a.k.a. Humans. Smallfoot features an all-star voice cast, including Channing Tatum, James Corden, Zendaya, Common, LeBron James, and Gina Rodriguez.

Release date: September 28
After the deaths of three children are ruled as wolf attacks, the parents of a missing boy hire a wolf expert to track down and locate their son in the Alaskan wilderness. He soon stumbles upon a harrowing mystery. This Netflix film originally premiered at the Toronto International Film Festival, and stars Alexander Skarsgard.

Hold The Dark Smallfoot The House With Clocks In Its Walls A Simple Favor Sierra Burgess Is A Loser The Predator The Nun Goyo: Ang Batang Heneral Bleach Searching
Your Guide to Thriving in This Strange New World
Staying
In? What to watch, what to eat, and where to shop from home
OR
Heading
Out? What you need to know to stay safe when heading out