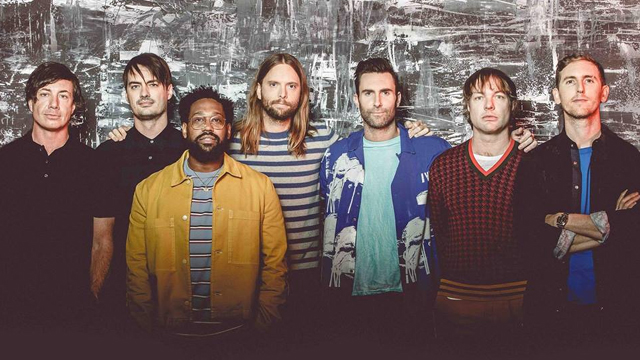 Mark Your Calendars: Maroon 5 Is Coming Back to Manila

(SPOT.ph) They're one of the bands that you grew up listening to on the radio and iPods. But with their ever-evolving pop-rock sound, Maroon 5 is probably still somewhere in your playlist—whether it's a classic like "She Will Be Loved" or a new hit like "Girls Like You." And now you can hear them play them perform those songs live when they go to Manila on March 5, 2019 for their Red Pill Blues Tour.

The band is composed of frontman Adam Levine, Jesse Carmichael, Mickey Madden, James Valentine, Matt Flynn, PJ Morton, and Sam Farrar—yes, they're more than just five. Maroon 5 last performed in Manila in 2015 when they performed to a sold-out Mall of Asia Arena as part of their The V World Tour. They previously also performed in 2012 and 2011.

The ticket prices and venue for the concert are yet to be announced.

Maroon 5 Concerts
Your Guide to Thriving in This Strange New World
Staying
In? What to watch, what to eat, and where to shop from home
OR
Heading
Out? What you need to know to stay safe when heading out