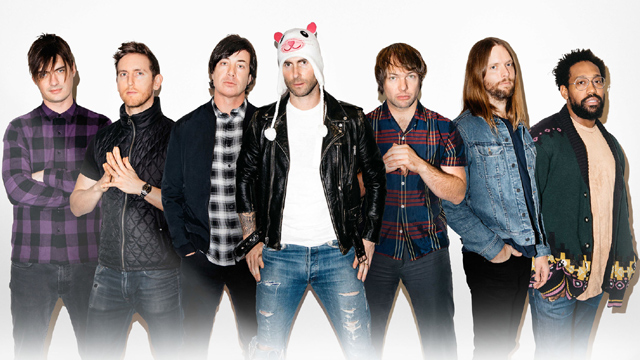 Can't they just perform everything?!

(SPOT.ph) There's no doubt that Maroon 5 is somewhere up there on your list of favorite bands of all time. The pop-rock band composed of Adam Levine, Jesse Carmichael, Mickey Madden, James Valentine, Matt Flynn, PJ Morton, and Sam Farrar is coming back to Manila on March 5, 2019 as part of their Red Pill Blues Tour. And while the venue and ticket prices are yet to be announced, we're already looking forward to hearing their hit songs performed live. So, while it's hard to pick from their extensive discography (they have six studio albums!), we list down 10 songs we're wishing will be on their set list.

"She Will Be Loved"

Chances are, this song is the one that made you fall in love with Maroon 5 all those years ago. Even if you didn't have a hugot story, the lyrics still hit you as if you did.

While it's an underrated hit, this song is also a favorite for its lyrics and overall chill vibe. Plus, it's probably your go-to song when you wake up early on a Sunday and see that it's raining.

From the band's third studio album, It Won't Be Soon Before Long, "Makes Me Wonder" has that funk vibe that always has you bobbing your head while listening to the song in full blast.

The band's 2010 album Hands All Over also has its own share of bops. It includes "Misery," which—just like it says in the lyrics—probably "really got you bad."

There was a time when "Payphone" was all you heard every time you turned on the radio. But what's there to complain about when the song is just so catchy? Nobody used payphones anymore but you kind of wished you did just so you can live out the lyrics.

While the song is unforgettable enough on its own, its music video also made waves online. The band surprised newlyweds on their special day with a fun-filled performance that had everyone singing, "Yes, please!"

You're lying if you say you don't want to dance every time this song starts playing. Maroon 5 has a lot of songs that'll make you want to get up your seat and hit the dancefloor, but this one featuring Christina Aguilera will really make you want to go all out at a concert.

This single off the band's latest album, Red Pill Blues, features R&B breakout star SZA. You can just imagine dancing along to the song's upbeat rhythym (while low-key relating with the song's lyrics about a complicated relationship).

Featuring vocals from one of the biggest rappers right now, Kendrick Lamar, this hit from Red Pill Blues is still all over the radio. The song's beats and LSS-worthy lines aren't going away any time soon.

Maroon 5 Concerts
Your Guide to Thriving in This Strange New World
Staying
In? What to watch, what to eat, and where to shop from home
OR
Heading
Out? What you need to know to stay safe when heading out