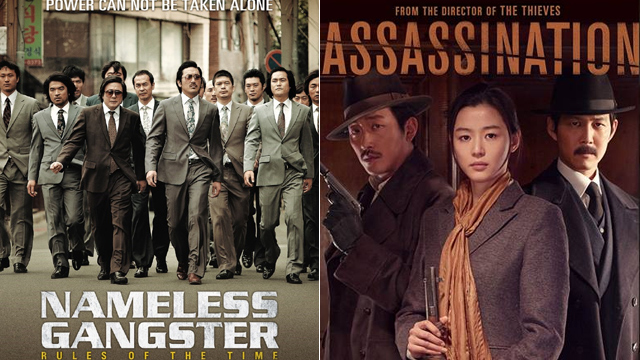 You Can Catch These Korean Movies for Free This Weekend

The Korean Film Festival is here!

(SPOT.ph) It's always good news whenever a film festival is announced. That means you have a new set of movies to watch and talk about with your friends. It's even better news when you find out that admission to all the movies is completely free! And that's exactly what you're getting at the 2018 Korean Film Festival that's happening from September 1 to 2 at SM Megamall Cinema 8.

Directed by: Lee Seok-hoon
Screening schedule: 11 a.m.
Whille being transported from China to Joseon, the Royal Emperor's Seal is swallowed by a whale. The person put in charge of the seal pins the blame on pirates and says that they stole it. A huge chase-slash-scavenger-hunt for the seal ensues after a bounty is placed—and it comes complete with the female leader of the pirates going against a bunch of mountain bandits.

Directed by: Yoon Jong-bin
Screening schedule: 1:30 p.m.
A gangster and corrupt customs officer team up using their money that they got from drug trafficking. But their business partnership turns sour when the government declares war on crime.

Directed by: Lee Joon-ik
Screening schedule: 4 p.m.
This period drama film follows the story of the poet Yun Dong-Ju and how he was put in prison by the Japanese for supporting Korean independence.

Directed by: Choi Dong-hoon
Screening schedule: 6:30 p.m.
An agent brings together three skilled assassins for an intricate plot to kill Japanese and pro-Japanese enemies. But while on the mission, they are double-crossed and chased down by hired killers.

Directed by: Yoon-cheol Jung
Screening schedule: 9 p.m.
This war drama, as told from the point-of-view of a guard, is the story of a prince who is left to fight for his kingdom amidst the invading Japanese forces.

Warriors Of The Dawn Dongju: The Portrait Of A Poet Nameless Gangster 2018 Korean Film Festival Sm Megamall Korean Film Festival The Pirates Sm Cinemas Assassination
Your Guide to Thriving in This Strange New World
Staying
In? What to watch, what to eat, and where to shop from home
OR
Heading
Out? What you need to know to stay safe when heading out