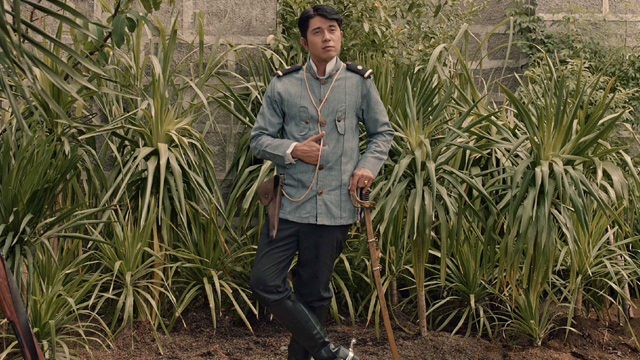 Goyo: Ang Batang Heneral Is a Slow But Masterful Follow-Up to Heneral Luna

Jerrold Tarog displays his excellence in directing with a humanizing story of Gregorio del Pilar.

(SPOT.ph) Goyo: Ang Batang Heneral was teased during the mid-credits scene at the end of the 2015 film Heneral Luna. Jerrold Tarog’s award-winning opus about the fiery commander was a surprisingly stirring and resonant film that, for better or worse, opened the hearts and minds of the Filipino people to the possibility of a brash, arrogant, womanizing leader who’s wildly imperfect and foul-mouthed, but passionate about his love for country. In the context of 2015, Heneral Luna was incredibly apropos, almost providential, and stirred a great sense of national pride in every Filipino who saw the film.

Fast forward to 2018. Under a new political climate, Globe Studios and Artikulo Uno Productions—which has, since the success of Heneral Luna, produced several fine and thoughtful films—gives us the story of Gregorio del Pilar (Paulo Avelino), the fabled boy general who rose to prominence with his courage, wartime exploits, and his womanizing. The film is a direct sequel to Heneral Luna and begins a day after Luna’s gruesome death upon the orders of President Emilio Aguinaldo (Mon Confiado). It follows the events of the last five months of Del Pilar’s life until his death at the Battle of Tirad Pass.

Artikulo Uno Productions Globe Studios Tba Studios Goyo Goyo: Ang Batang Heneral Paulo Avelino Jerrold Tarog
Your Guide to Thriving in This Strange New World
Staying
In? What to watch, what to eat, and where to shop from home
OR
Heading
Out? What you need to know to stay safe when heading out