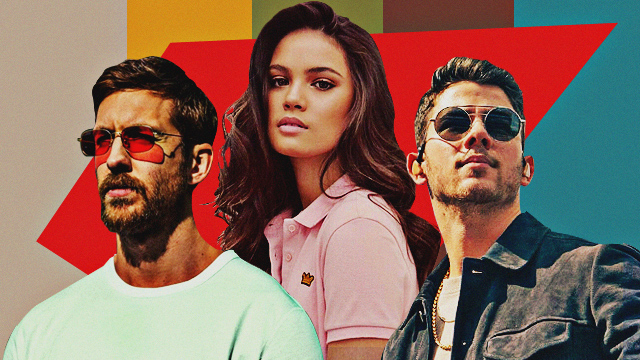 10 Fresh Party Grooves to Add to Your Playlist

(SPOT.ph) It might just be September, but it's safe to say Christmas jingles will be taking over the airwaves soon. Just so you have your party playlist ready, we list down 10 new tracks—from thumping EDM beats to danceable pop tunes and groovy slow jams by both local and international artists. Listen to the winning collaborations between Calvin Harris and Sam Smith; Nick Jonas and Robin Schulz; Jason Derulo, David Guetta, Nicki Minaj, and Willy William; The Chainsmokers and Emily Warren; Labrinth, Sia, and Diplo; and Sabrina Carpenter and our very own Shanti Dope. For more Filipino talent, we recommend ditties by Karencitta, Tandems '91, Sabu, and Leila Alcasid.

Song: "Promises"
Artists: Calvin Harris and Sam Smith
Sam Smith, who first came to fame when he featured in Disclosure's "Latch," is back to get you moving. He teamed up with Scottish music producer and DJ Calvin Harris to deliver "Promises," an addictive electronic number shining with vintage house beats and soulful vocals.
Fun fact: Canadian singer-songwriter Jessie Reyez co-wrote the track with Harris and Smith. Her vocals also feature in the song.

Song: "Luvburn"
Artist: Karencitta
Karencitta's newest single starts slow and steady, and then evolves into a flirty R&B dance anthem. Halfway through "Luvburn," she delivers gutsy verses that balance out the sweetness of the track.
Fun fact: Karencitta is Karen Ann Cabrera, a Filipina singer who is currently based in the United States.

Song: "Nightshift"
Artist: Tandems '91
Local act Tandems '91 offers a danceable single you'll also want to sing along to. "Nightshift" will get you swaying and bobbing your head to its dreamy and retro-inspired electronic beats.
Fun fact: Tandems '91 is set to perform at All of the Noise 2018 at Century City Mall, Makati City on November 25.

Song: "Goodbye"
Artists: Jason Derulo and David Guetta featuring Nicki Minaj and Willy William
You can count on Jason Derulo and David Guetta to come up with another radio-friendly dance smash. For "Goodbye," they enlisted the help of Nicki Minaj and Jamaican-French artist Willy William and crafted a hit track oozing with tropical vibes and Latin influence.
Fun fact: The chorus may sound familiar as it borrows from Andrea Bocelli and Sarah Brightman’s "Time To Say Goodbye (Con Te Partirò)."

Song: "Pikit"
Artist: Sabu
We guarantee you’ll get moving to the beat of this OPM offering. Newcomer Sabu’s electro-indie single features snappy percussions, groovy guitars, and sleek synths.
Fun fact: The track was arranged and produced by Nick Lazaro (the synths and vocals of the band Moonwlk and singer-slash-guitarist of Twin Lobster).

Song: "Side Effects"
Artists: The Chainsmokers featuring Emily Warren
Frequent collaborator Emily Warren once again lent the electronic duo her vocals, this time to give more life to "Side Effects." While the lyrics are nothing to rave about, it's the insanely catchy chorus that will keep you listening.
Fun fact: The music video for "Side Effects" features Riverdale star Camila Mendes.

Song: "I'm Not"
Artist: Leila Alcasid
Leila Alcasid's latest release is a chiller tune for when you want to slow things down. The feisty and empowering electro-pop number further reveals Alcasid's own musical identity, as she continues to release pop tunes with a more international appeal.
Fun fact: The Filipino-Australian singer is the daughter of balladeer Ogie Alcasid.

Willy William Tandems '91 Robin Schulz Nick Jonas Emily Warren Shati Dope Sabrina Carpenter Karencitta New Songs Leila Alcasid Calvin Harris Sam Smith The Chainsmokers David Guetta Fresh Tunes Lsd Nicki Minaj Jason Derulo
Your Guide to Thriving in This Strange New World
Staying
In? What to watch, what to eat, and where to shop from home
OR
Heading
Out? What you need to know to stay safe when heading out