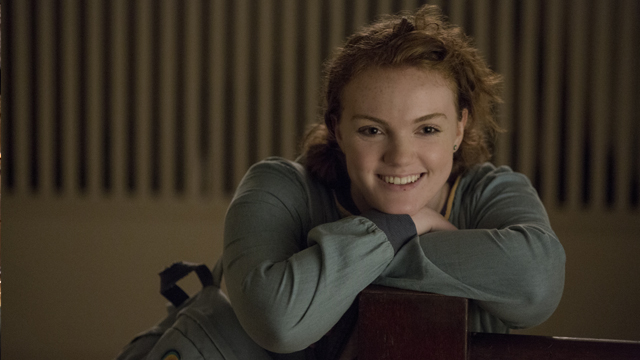 (SPOT.ph) “You are a magnificent beast,” Sierra pointedly says to her reflection at the beginning of Sierra Burgess Is a Loser. This line sets the tone for the entire film before Sierra Burgess (played to perfection by Shannon Purser) steps into the savage world of high school in her large and unusual form.

Sierra Burgess Is a Loser is the latest installment from Netflix’s “summer of love” releases. The streaming giant has already struck gold and revitalized the rom-com genre with all-original movies Set It Up and To All the Boys I’ve Loved Before. This time around, the Ian Samuels-directed teen comedy focuses on all-too familiar topics—looking past physical appearances, finding one’s identity, and building meaningful relationships. But the film presents them through the eyes of a seemingly ordinary heroine who experiences them with wit and candor.

Things get complicated when Sierra receives a text message that’s meant for the school’s most popular cheerleader, Veronica (Kristine Froseth). Sierra continues the charade by engaging in flirty texversations that escalate into long, meaningful phone conversations with Jamey (Noah Centineo) who thinks he’s cozying up to Veronica. Soon, the straight-A student finds a devious way to team up with the snooty cheerleader and make the object of her affection fall in love with the real her.

If this contemporary tale of mistaken identity loosely based on the French play Cyrano de Bergerac doesn’t intrigue you, the cast alone should make you consider watching it. Shannon Purser first caught people’s attention as fan favorite Barb Holland in Stranger Things, but her untimely demise in the show’s first season and guest appearances in Riverdale as Ethel Muggs left everyone wanting more. (Side note: The opening score and credits feel like a nod to Stranger Things with its retro-style type and synth-heavy music.)

Finally snagging the titular role, it was a delight to see the 21-year-old actress portray the mentally superior yet socially detested Sierra Burgess in such a raw yet relatable manner. Purser’s depiction of Sierra is nuanced and downright impressive, from the confident way she defends herself against school bullies to the awkward way she attempts to sound sexy while chatting with her crush to the delicate way she makes amends with her inner circle. It also helps that her character has an affinity for quirky clothes, pets, instruments, and interests that unabashedly state, “I’m not a cookie-cutter teenager.”

Shannon Purser Noah Centineo Sierra Burgess Is A Loser Romantic Comedy Netflix Rom Com
Your Guide to Thriving in This Strange New World
Staying
In? What to watch, what to eat, and where to shop from home
OR
Heading
Out? What you need to know to stay safe when heading out