John Hughes Movies for Fans of To All the Boys I've Loved Before
Loading
Already a member? Log in
No account yet? Create Account
Spot.ph is your one-stop urban lifestyle guide to the best of Manila. 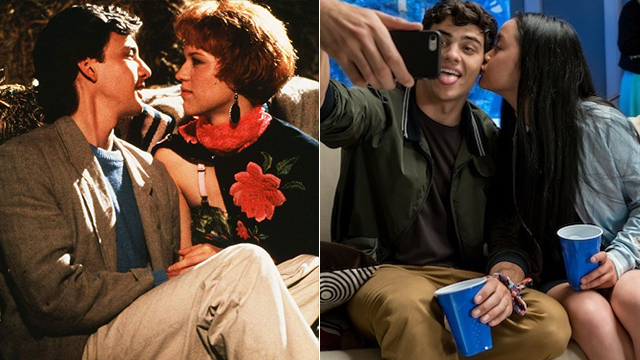 (SPOT.ph) At this point, Netflix is probably already judging you for the many times you've watched (and rewatched) To All the Boys I've Loved Before. You're not to blame, though. After all, there are many reasons fans can't get enough of the teen rom-com. In the movie, Lara Jean (Lana Condor) and Peter Kavinsky (Noah Centineo) fake a relationship to get back at Peter's ex and prove that Lara Jean doesn't like her sister's boyfriend Josh. It has a nostalgic high-school setting, a dreamy boyfriend, and swoonworthy lines. But To All the Boys I've Loved Before (TATBILB) isn't the first film to make audiences fall head over heels.

Any rom-com fan would know that John Hughes' movies have hit all the same notes before, making them a must-watch. But if you haven't already watched them, we list down the ones you should put at the top of your movie-marathon list.

If you didn't already know, Molly Ringwald was Hughes' muse for many of his teen movies, with Sixteen Candles being the first of them. In it, she plays Sam Baker, who's celebrating her 16th birthday, which her family forgets about. She is infatuated by the dreamy Jake Ryan (Michael Schoeffling), the most popular boy in school. But as Jake is having problems with his girlfriend, he starts to realize that he's falling for Sam. (Sounds a lot like Peter K and Lara Jean, don't you think?)

Andie Walsh (Ringwald) is in love with Blane (Andrew McCarthy), one of the preppy boys from school. But her best friend Duckie (Jon Cryer)—who is secretly in love with her—doesn't approve. (Wow, Peter K-Lara Jean-Josh love triangle much?) And if you love TATBILB's family relationships, Andie has a pretty cool a very caring dad here, too.

Keith (Eric Stoltz) and Watts (Mary Stuart Masterson) are best friends who are trying to be more popular at school. But when Keith starts dating Amanda (Lea Thompson), the most popular girl in school, Watts realizes that she sees Keith as more than just a friend. Still, Watts does everything she can to help Keith lie to impress Amanda—even if it hurts her feelings. In an alternate rom-com universe, Watts and Lara Jean would probably be the best of friends.

Some Kind Of Wonderful The Breakfast Club Sixteen Candles Netflix To All The Boys Ive Loved Before Pretty In Pink John Hughes
Your Guide to Thriving in This Strange New World
Staying
In? What to watch, what to eat, and where to shop from home
OR
Heading
Out? What you need to know to stay safe when heading out